The tram to Zabalgana passes by Florida and Court. This is one of the options that belongs to the municipal group. eh bildu asked to study about the tram going to zabalgana , have entered into an alliance 10 charges for the informative study of the tram to Zabalagana, They assure that their “clear” objective is “to improve the service provided to the citizens and to alleviate the conditions in the city.”

As for the tour, “Responding to neighborhood demand“, EH Bildu proposes that the tram run under the Pedro Asua bridge, continuing along San Valentín de Barriotxoa. Once in the San Martín neighborhood, EH Bildu “needs to study the four options proposed by the municipal government. subscribed”.

Fifth option: from the New Cathedral

Of course, add a fifth option: union of the current tram network Confluence of Prado and Becerro de Bengoa streets, Thus, the tour would continue through Cadena y Eleta and Micaela Portilla. In this last section, EH Bildu calls for the trams to run on an asphalt-type platform forming a shared track with the buses. 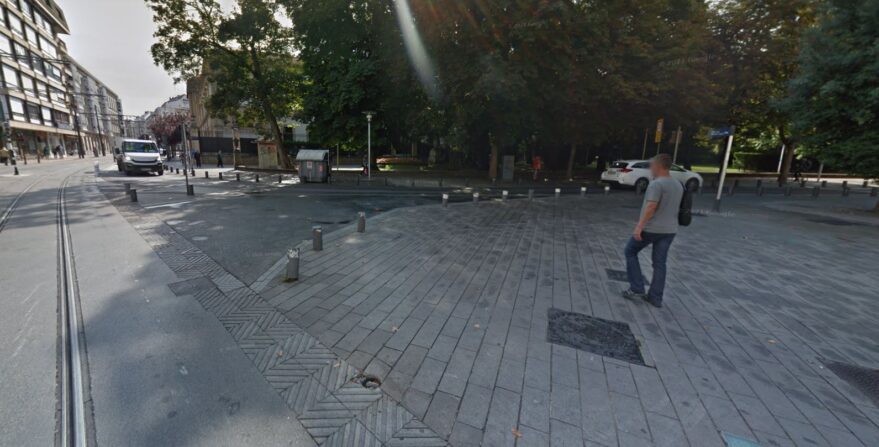 In this way, it will avoid congestion at Louvain Square. EH Bildoo also points out that “editions begin with a vision of a integral east-west axis (Salburua-Centro-Zbagalna-Jundiz) are served by trams”. Furthermore, he adds that “they should be accompanied by a Tuvisa service through the city center and a possible rearrangement of itineraries”.

Once you reach Micaela Portilla, EH Bildoo proposes two variations that will add pause to the route:

I turn onto Lascaraya Street, which crosses Avenida de Gustiz and Pintor Díaz de Olano keep walking along the road until it meets in Abendano along the route proposed in the informative study. This edition will include a stop next to the courthouse building on Calle Lascaraya.

Continue with Micaela Portilla, Crossing Avenida de Gasteiz. Afterwards, continue along Teodoro Dublang as far as San Valentin Barriotxoa Street. This variant would incorporate a stop on Micaela Portilla Street, at the height of the Courthouse Building and another on Teodoro Dablang Street, at the height of the San Martín Town Hall and Health Center.

EH Bildu has also requested that the tram run along part of its route. on asphalt, not grass, The measure was intended for the tram to “share space with other modes of public transport (bus or BEI) that were implemented to serve the industrial estate. 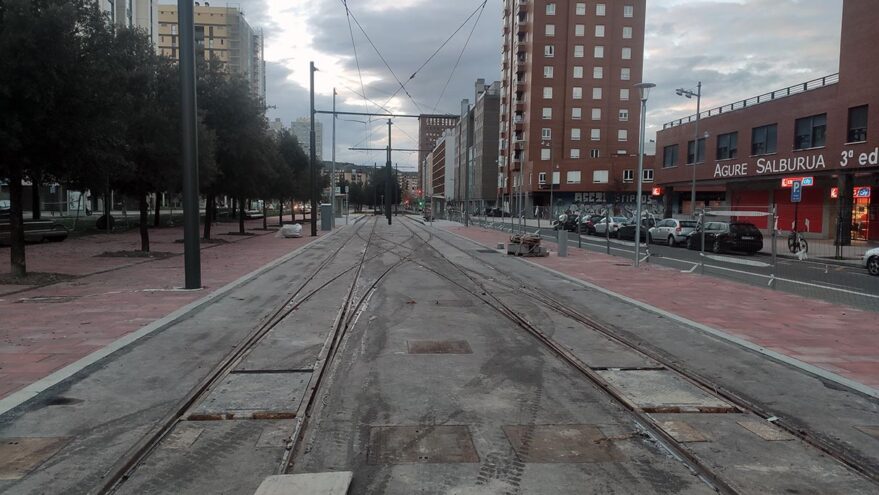 According to the alliance, they can host this shared platform from Calle San Valentín de Barriotxoa to Las Arenas. If this proposal becomes a reality, “a public transport axis from Salburua to Jundiz” will be built, which will serve Polygon’s over 22,000 workers,

This situation is already happening in the center of Vitoria-Gasteiz, Freedom StreetWhere only trams and buses share the road.

On the other hand, EH Bildoo “reaffirmed” its offer. Extend Tramway to Jundiz Industrial Area, An offer originally from them, and which was initially rejected by PNV, PSE and PP. However, a few weeks ago he approved all parties except the PSE in plenary. Even PNV has now added it to its charges.

However, EH Bildu is “ambitious and demands that he study tram driving. in the heart of jaundice“. The last stop will also have an intermodal nature, favoring interchange with other modes of sustainable transport or new bus services.

Similarly, “we should study Tram Frequency and ScheduleAs well as the way it will reach the polygon,” he warns.

Thus, EH Buildoo has asked for the garage to be located at “”.Any plot of Jundiz Industrial Estate“. According to the formation “It is necessary to re-evaluate the study of alternative locations for the garage. However, EH Bildoo has already claimed in allegations that three locations in the south of the city can be ruled out, as well as the one located south of the Mercedes Benz factory.

Another innovation proposed by the coalition is that the tram runs on the north side of the UN street. The purpose of this measure is to preserve road safety in the area and guarantee a safe school environment, the coalition explains. “School centers are located on that street. With this action, tree-lined medians will be maintained, and Traffic lanes will be reduced to one per direction,