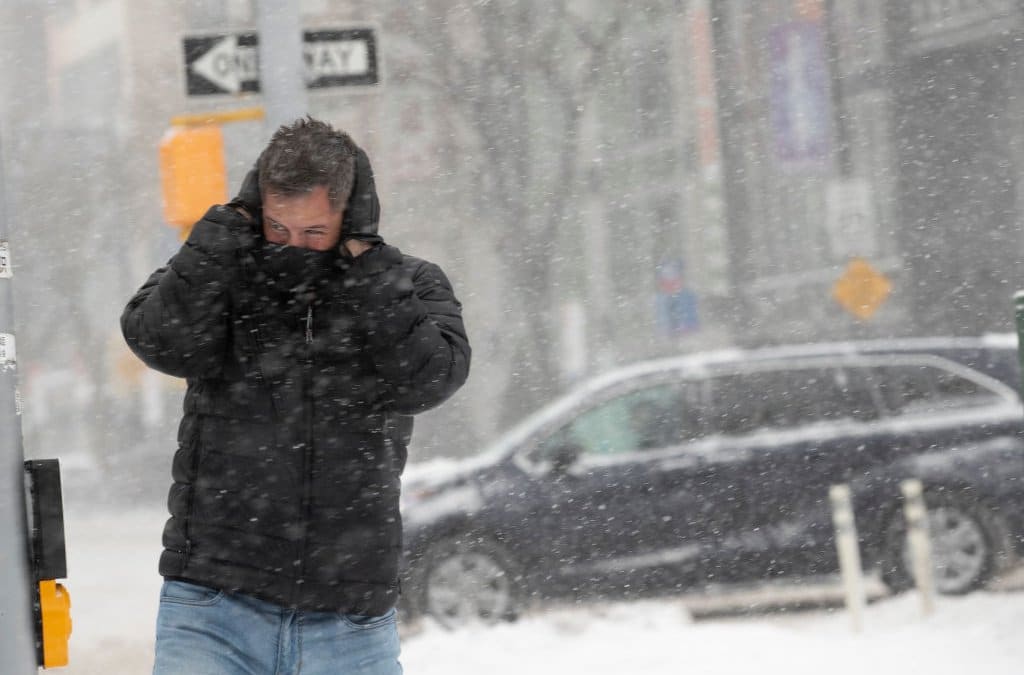 NEW YORK — Just days after the New York City area received its first measurable snowfall of the season, another storm is on the way and could bring significant snow to parts of the region.

There will be more cold weather on Wednesday, then storm system will move in all three states starting from Thursday till evening.

That storm system, which is currently battering the South and Midwest, is expected to last through Friday, threatening strong winds in addition to varying amounts of rainfall depending on where you live.

As was the case with Sunday’s storm, coastal areas and locations in and around New York City will stay above freezing and can expect mostly rain. Snow will occur in the Poconos and Catskills Mountains in the upper Hudson Valley, as well as parts farther north and west of the city. Expect strong winds as well.

Due to the extended period of snowfall (Thursday through Friday night), it is possible for accumulations of close to a foot or more, especially north or west of the city. in northwestern New Jersey and in Hudson ValleyBetween 3 and 8 inches can be expected.

A winter storm watch is in effect for Sullivan and Ulster counties in New York as well as Pike County in Pennsylvania from Thursday morning through Friday afternoon. View the latest weather alerts for your neighborhood here.

Inland areas just north and west of the New York City area will start with a wintry mix (snow, ice and rain) on Thursday, then as temperatures rise throughout the day, that mix will turn into full rain on Friday.

While there is no chance of accumulation of snow in the city, we may get some mixed rainfall. Regardless, the roads are expected to remain slippery on Friday, so drivers are advised to be careful.

The storm should move away in time for a dry but cool weekend. Even when it starts, temperatures will be in the cool 30s and 40s Hanukkah on Sunday, and will remain so for most of next week.