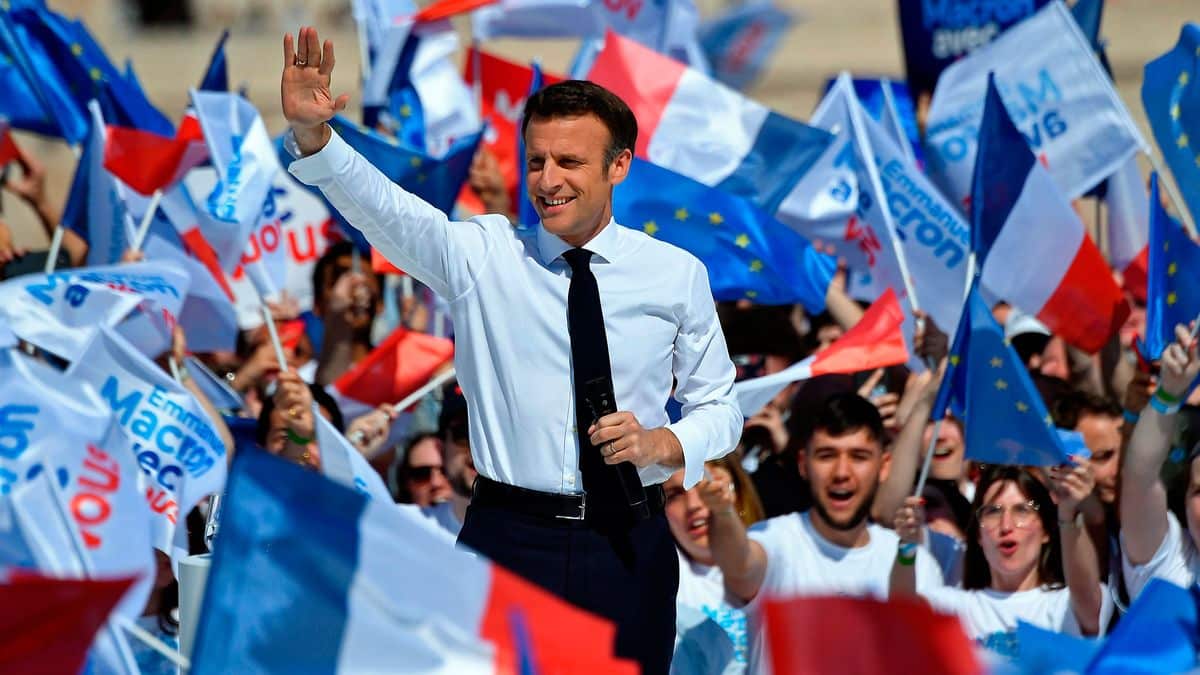 At age 44, he is the ninth President of the Fifth Republic, the first to be re-elected since Jacques Chirac, who defeated Jean-Marie Le Pen, the father of National Front founder, Marine Le Pen, in 2002. After learning the first data, a crowd came out with French and European flags to the Champ de Mars under the Eiffel Tower to celebrate the victory against nationalist candidate Marine Le Pen.

Below the monument in Paris, in addition to many militants from Macron’s front, three of his ministers, Clément Beaune (European Affairs), Eric Dupont-Moretti (Justice) and Jean-Yves Le Drian (Foreign Affairs), turned out to celebrate the result. Waiting for the act where the re-elected president will speak publicly.

For his part, the candidate and rival of the extreme right, Marine Le Pen, won 41.8% of the vote, according to provisional counts. The first provisional results were released after 9:00 p.m. (3:00 p.m. in Argentina), which already show a clear trend toward victory for the incumbent president, who is expected to confirm victory. To do will speak publicly.

In a press conference, Marine Le Pen spoke after the end of the elections and expressed that she did not feel she was losing the ballot because “it is a form of hope, the yearning for change that cannot be ignored”. After reaching 40% of the votes. “I am starting tonight the great battle of the legislative elections,” he expressed in his bunker in front of the media present there.

In her speech after the vote, Le Pen insisted that her election result was a “resounding victory” and appealed to “all those who wish to join us in opposing Emmanuel Macron’s policies.” He ended his speech by pledging: “I will never give up on the French.”

voter list is prepared By 48.7 million people (more than 1.6 million living abroad) and the vote will take place between 8 am and 8 pm (3 am to 5 pm in Argentina).

Macron was victorious in the first round on 10 April with 27.85% of the vote, but it ended with a bitter taste when he found a close distance with his rival, who reached 23.15%.

“April 24 is a referendum for or against the European Union, ecology, youth and our republic,” defended Macron, who described the second round as “the right choice of civilisation”.

Only three candidates urged their bases to explicitly vote for Macron, while left-wing candidate and third in the race Jean-Luc Mélenchon (21.95%) called for “not a single vote for Le Pen”, but Blank voting without rule or abandonment as a substitute.