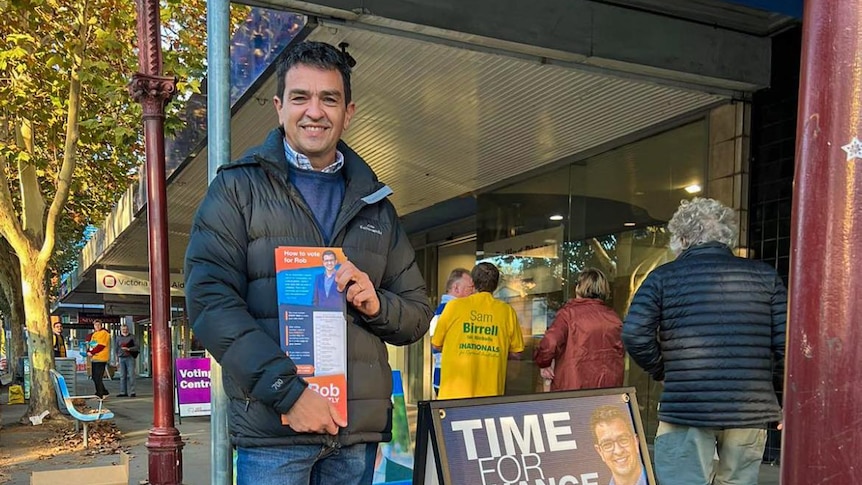 A Nationals’ robocall attacking an independent challenger is being investigated by authorities, over a lengthy silence inserted between the ad and its authorization.

“You’ve heard a lot about Rob Priestly, but have you heard where he stands on really important issues,” the advertisement begins.

“And why won’t Rob Priestly say who he will support in the event of a hung parliament? What’s he got to hide?”

After the voice message concludes, the call contains 10 seconds of “dead air”, before finally running the authorization message which reveals the advertisement is from the National Party.

LIVE UPDATES: Read our blog for the latest news on the 2022 Australian federal election

In a statement, Nationals Victorian state director Matthew Harris said: “These calls raise legitimate questions that the so-called independent has failed to answer during the campaign.

“People are voting on the future of our community and our country, and the voters of Nicholls deserve to know the consequences of their vote.”

Mr Harris alleged that volunteers for Mr Priestly were soliciting votes by handing out mandarins, jaffa cakes and other baked goods at pre-poll booths, in contravention of electoral law.

He said the matter had been brought to the attention of the Australian Electoral Commission (AEC).

In relation to the robocall, the AEC told the ABC that the ad in that form contained an “invalid” authorization, and it was investigating.

,[The authorisation] should appear at the beginning not the end, and we note the pause in the recording,” the AEC said in a statement.

“We are looking at this matter and will be contacting the entity.”

On paper, Nicholls is a safe Nationals seat held on a 20 per cent margin, but current MP Damian Drum is retiring at this election.

The Nationals and Liberals are both running candidates in a crowded field of 11, and Rob Priestly is regarded as the strongest challenger to the parties.

Mr Priestly is a councillor with the Greater Shepparton City Council and has been deputy mayor.

He has the support of Suzanna Sheed, the MP for the overlapping state seat of Shepparton, and Cathy McGowan, who held the neighboring federal seat of Indi as an independent.

In a statement, Rob Priestly said several members of the community had contacted him about the call.

,[The Nationals’] Nicholls candidate, Sam Birrell, either needs to own or disown it,” Mr Priestly said.

Nationals nervous about the seat

This robocall is not the only indication the Nationals are nervous about Mr Priestly’s challenge.

The party has previously run a Facebook advertisement, using Mr Priestly’s orange branding, warning that “a vote for an independent is a vote for instability”.

The advertisements were seen by more than 30,000 people and were targeted toward men and older voters, nearly exclusively in Victoria.

They linked to a National Party website called dontriskyour.vote, which was registered less than a fortnight ago, on April 30.

The National Party campaign has been contacted for comment.

Sports Sunglasses Market is Poised to Register 6.8% Growth by the End of 2027 $3.4 Billion