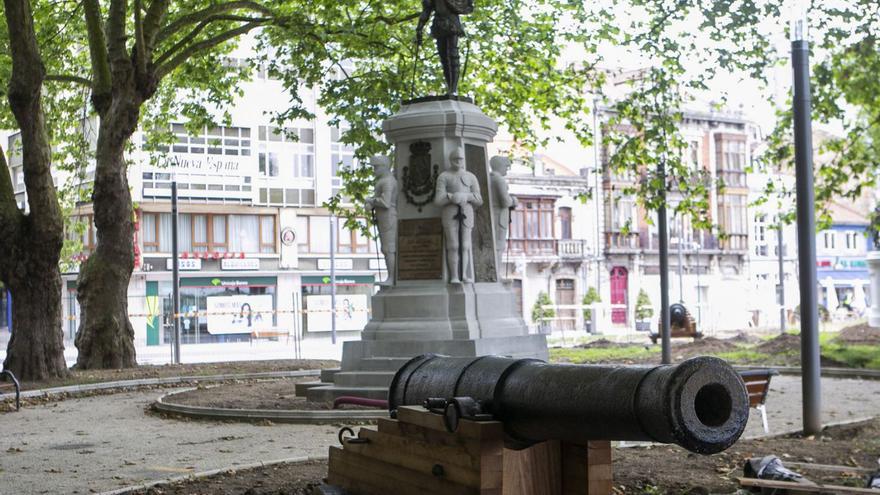 was with pedro menendez once avelcinos en His 1565 campaign, the campaign to establish St. Augustine, the oldest city in the United States. These twelve avelcinos have been identified by a team led by Professor John Michael Francis, who is the director of the Department of Florida Studies at the University of South Florida and also the person in charge of the “LaFlorida.org” project. It is intended to denote each of the inhabitants of the present state of Florida between 1509 – when Juan Ponce de León puts it in his specter – and by 1821, When Spain and the United States signed the Onis-Adams Treaty, Sold the land north of the Gulf of Mexico to the new country.

Historian Roman Antonio Álvarez writes in “Hazanas de Pedro Menéndez” (Niva, 2019): “Negotiations began on February 3, 1565, which would end with the signing of some gazettes, by which King Menéndez was authorized to colonize and annex the territory.” orders to Christianize the city, as well as free it from the French heretics who had settled on its shores. The entry and signing of the document will take place on March 20 of the same year and Menéndez will be known with his own fleet before June. was forced to. With the signing of the capitulation, Pedro Menéndez de Avilés received the appointments of Captain General of the Navy, Adelantado and Governor of Florida. And he adds a little later: «He sent his lieutenant Esteban de las Alas placed at the head of the two northern fleets, which sailed from the port of Avilés on May 25. He does this with three ships, arms and ammunition 258 men, the expert pilot of which was Alonso de Candamo. Pedro Menéndez Marques, Adelantado’s nephew, emigrates from Gijón; It goes to sea with two ships, the ‘Espiritu Santo’, with Cudillero’s sailors, and the ‘Nuestra Señora del Rosario’, loaded with weapons, supplies and 69 men. Finally, a ship recently launched at Vizcaya leaves Santander and carries 600 harquebuses, cannons and ammunition».

There are already two avelcinos identified by Francis and his researchers, as he explained at the time in these same pages, from a main immersion in the parish collection of San Agustín de la Florida, which dates from 1594 to 1821, but also in other files. these are two Esteban de las Alas – one of his lieutenants, head of the Asturian expedition-, but also Alonso de Candamo. Pedro Menéndez Marques, Admiral of the Fleet of Heaven, does not appear as a man from Avilés. As can be read in the file that corresponds to Constable Candamo, he testified that he was Menendez’s pilot six years after the installation at San Agustin.

Bartolome Menendez – brother of Pedro Menendez? Another noted on the trip to Florida is Avelcino (Francis’ team recognized him as a magistrate and governor). This Menéndez testified in favor of Candamo in Aviles in 1586, i.e. twenty years after the Spanish establishment at San Agustín, a dozen after the death of the Adelantado of Florida.

A good part of the Avelcino traveling with Pedro Menendez they are military, Franciscan researchers, for example, identify a list of soldiers opened by arquebusier Tomás Alonso de las Alas and Pero Sanchez (or Pedro Sanchez), followed by Hernando de Miranda (who also served as a servant of His Majesty Felipe II appear), Bernaldo de León, Juan de Soto (he was raised by Pedro Menéndez’s lieutenant, Esteban de las Alas, also from Aviles, although his father’s name is known: Pedro de Soto) . Melchor Menéndez, who served at San Felipe Fort in 1567, is the last on the list of Aviles’ military men. There is a sailor (Mateo López de Soto) who left Asturias in 1565 and whose father was said to be Juan de Soto Vizcaino, a page or apprentice (Pedro de Oronzell or Pedro de Roncel), the son of a certain Diego Crespo. who left in 1565 also from the north. and Alonso Gutierrez, about whom more information is unknown than his own name.

The rest of the pioneer expedition arrived in Florida, notably from places such as Bercero (Valladolid), Bilbao, León, Seville, Amusco (Palencia), Jerez de la Frontera (Cádiz), San Pío de Vega (Ourense) and Antequera (Málaga). , , Four women made the journey, although none were from Aviles or, at least, they have not been identified as Avilesinus. They were: Ana Bautista, Leonor de Morales, Luisa de Abrego and Geronima, thus, without last name, that Francis’ investigators could not find them.

“starting, The Spanish sought passage from the Atlantic to the South Seas, i.e. for the Pacific. Later, there was talk of establishing defense points against pirates, who built bases on the Florida coast to attack ships leaving the Caribbean”, says Francis. “Repeated attacks on Spanish ships and these areas by the French The definite threat of a permanent and definite occupation of Spain made Felipe II decide to intervene and face the French challenge,” says Roman Antonio Álvarez in the same biography.

Menendez and his family – consisting of eleven from Aviles – settled in 1565 on the north of the Florida peninsula, from where, since then, the oldest city in the present-day United States has grown.