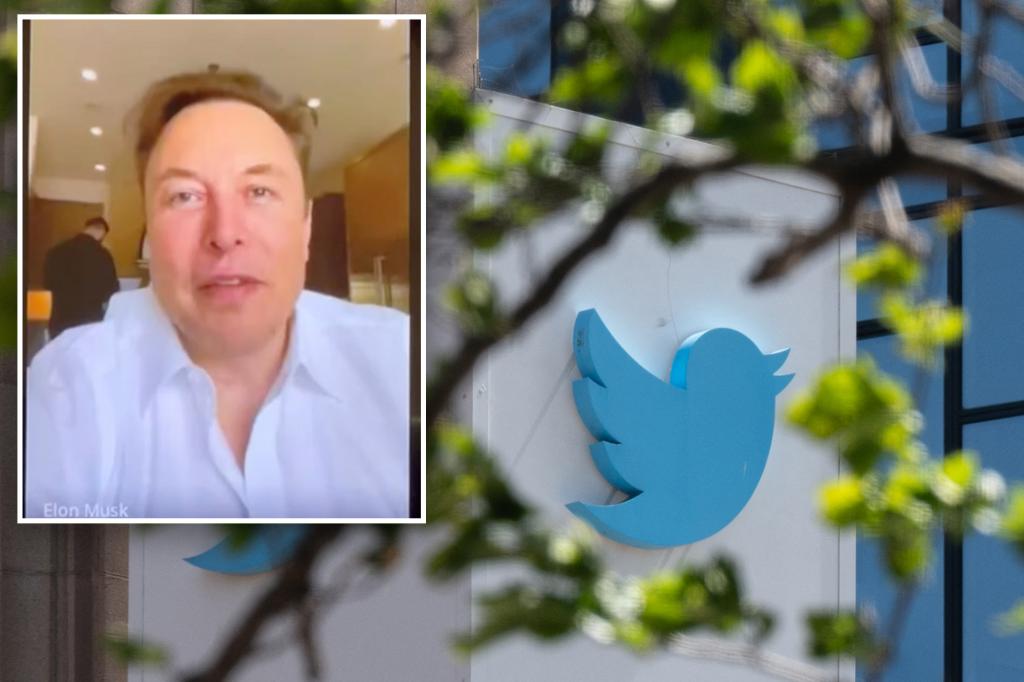 Elon Musk dashed off remote working in a meeting with Twitter employees on Thursday – after dialing in from a hotel room 10 minutes late.

The Tesla CEO, who has committed to buy Twitter for $44 billion, told jittery Twitter employees that it’s “much better if you’re physically in place” while working, according to multiple reports at the meeting.

However, Musk said Twitter could make exceptions for the best employees.

“If someone can only work remotely and they are exceptional, there would be no point in firing them,” Musk said.

CNBC reported that after the meeting, some Twitter employees circulated memes about how to make themselves “extraordinary” so they could continue to work remotely.

During the much-anticipated event, Musk appeared to ignore the irony of employees arriving at the office while being late for a virtual meeting.

According to reports, Musk’s internet connection seemed to be spotty and his voice was cut during the meeting.

At Tesla, Musk has taken a tough step toward remote work, ordering all employees to go back to the office full time – with extremely limited exceptions.

Musk wrote in an email to corporate employees in June, “Anyone who wants to work remotely must be in the office for at least 40 hours per week (and I mean *minimum*) or departing Tesla.” ” “That’s less than our factory workers.”

“If there are particularly exceptional contributors for whom this is impossible, I will directly review and approve those exceptions,” Musk said. “Furthermore, the ‘office’ must be a main Tesla office, not a remote branch office unrelated to the duties of the job.”

As a screenshot of a Tesla email circulated on Twitter, a user asked Musk what he would say to any employee that in-person work is an “ancient concept.”

“They should be pretending to work elsewhere,” Musk said.

If Musk has a Twitter deal, he will be in charge of five companies: Twitter, Tesla, SpaceX, Neuralink and The Boring Company.

If Musk were to work 40 hours a week in every company office, that would require 200 hours—an impossible feat, as there are only 168 hours in a week.