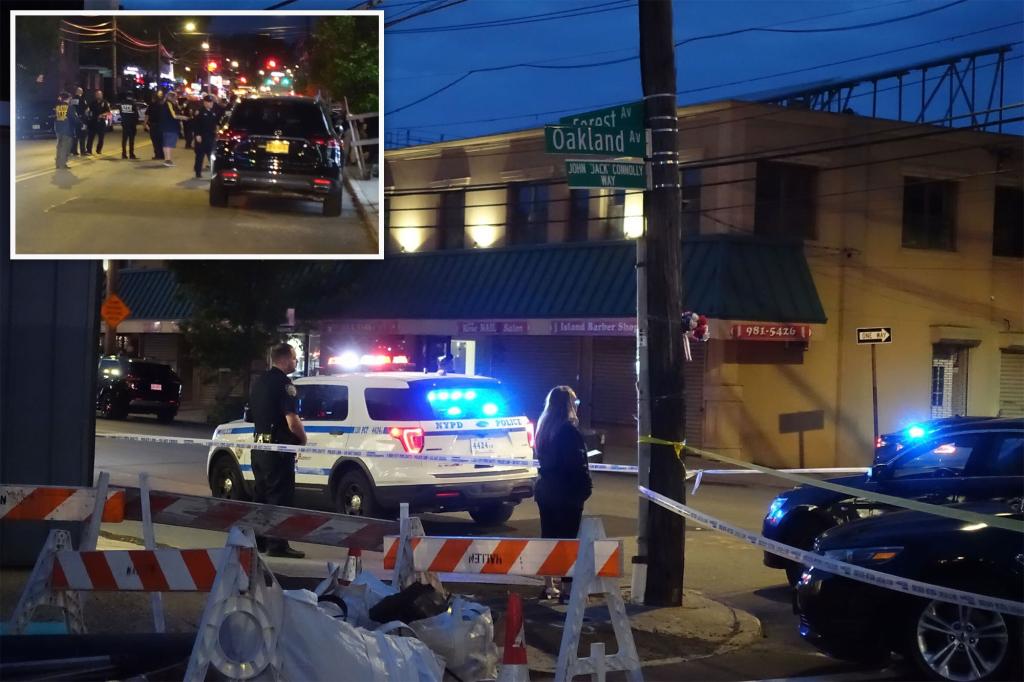 An EMT was shot in an ambulance by an intoxicated man being transported to a Staten Island hospital on Wednesday night — and a retired NYPD detective helped apprehend the suspect, police said.

The wild chain of events began after EMTs from Richmond University Medical Center picked up the patient from in front of the Funkey Monkey Lounge Forest Avenue and Llewellyn Place at about 7:40 pm, police said.

Calls made to 911 reported the man, identified by police as 37-year-old Thomas McCauley, to be drunk and disorderly at the time, sources said.

Responding EMTs placed the man in the back of the ambulance and proceeded towards the hospital.

About a mile into the transport, McCauley allegedly pulled a gun out of his waistband pocket and fired a shot, striking a 25-year-old male EMT in the shoulder, NYPD Inspector Mark Molinari said at a Wednesday night press conference.

The ambulance driver immediately pulled over around 646 Forest Avenue.

The perpetrator then fled out the back of the ambulance on foot before he was apprehended with the help of a retired NYPD detective and an off-duty Department of Sanitation lieutenant, Molinari said.

The wounded EMT was transported by the ambulance driver to RUMC hospital where he is currently in stable condition.

A .38 caliber revolver was recovered at the scene. McCauley was also in possession of a knife and mace, according to police.

McCauley was known to police for a prior call of an emotionally disturbed person, Molinari told reporters.

Dakota County investigators seek clues about fires in or near parks