End of mandate in Brazil: why Jair Bolsonaro and his wife will travel to Florida, but to different destinations 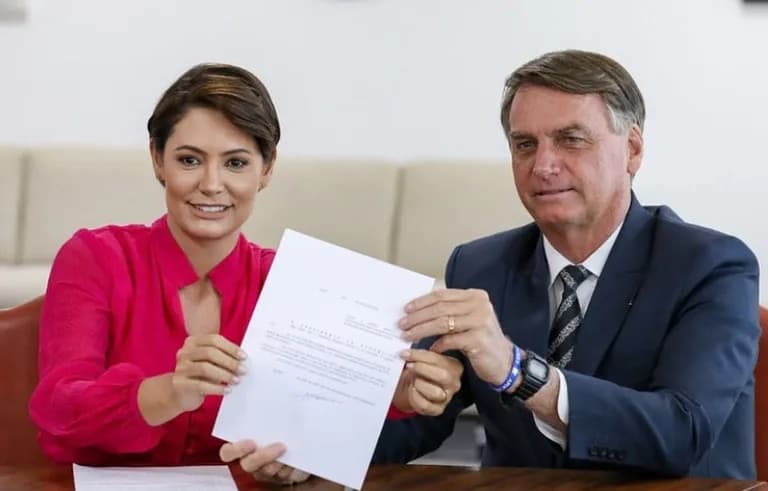 Brasilia.- It is expected that the President jair bolsonaro leave Brazil on the following Saturday, before the end of his term, and According to local media, the shipment is bound for the United States in the coming days, possibly on Thursday. The central government is already making some preparations regarding the possible visit. Although he has not officially confirmed which city the chief of the executive will go to.

this Wednesday morning, A plane for the president left for Orlando, Florida, one of Bolsonaro’s possible destinations. This plane is usually used to prepare for presidential visits and usually leaves several days in advance for the place where Bolsonaro will go.

Also this Wednesday it was published in the Official Gazette (DOU) An authorization for an official of the Office of Institutional Security (GSI) to travel to Miami To “compose the family security team” of Bolsonaro. According to Earththe agent should accompany the first lady, Michel Bolsonaro. Orlando and Miami are in the same state of Florida, separated by about 380 km.

Still, the city where the President could have landed remains a mystery to this day. There have already been some changes to the list of potential airportsWhich continues to fuel speculation.

Bolsonaro wants to leave the country before the end of his mandate to be able to use Brazilian Air Force aircraft, a guaranteed profit only while in office. It is not expected that the president will pass the band on to his successor, the president-elect. luiz inacio lula da silva (Workers’ Party), at the opening ceremony next Sunday in Brasilia.

Aides have been trying to persuade the president to call a farewell meeting with ministers and close advisers ahead of the trip. in an interview with CNN However, Brazil Bolsonaro denied that he intended to hold the meeting, There is also a suggestion among these colleagues that you record a message addressed to your supporters. A wing of the president’s entourage believes that the anticipation of leaving the country can be considered a kind of flight.,

,If this journey is actually made, it will be a race against time. Everyone is waiting at the Palacio de la Alvorada”, Said one of the presidential assistants, who at the same time participates in the preparation of the transfer of command and in the closure of Bolsonaro’s activities as president.

on Tuesday, A moving truck was at the Palacio de la Alvorada, the residence of Brazil’s president, This was at least the third time in recent days that such a vehicle had passed by.

A truck from the same company is also at Planalto Palace to carry Bolsonaro’s personal belongings. Since the defeat in the vote on 30 October, The far-right president spends most of his time in Alvorada, with occasional visits to Planalto., This week, she had to take two brief steps through Planalto, one of them to go to a clinic.