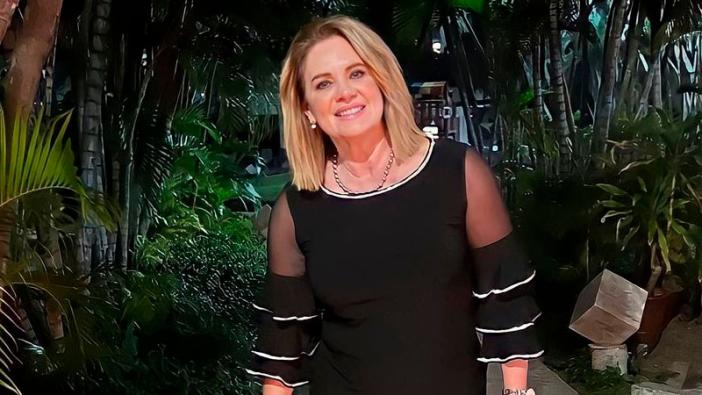 Erika Buenfil reveals that, with regard to partner selection, there are a number of requirements that their prospects must meet.

The actress has been unmarried for many years, dedicated to her career, raising her only son Nicolas and, most recently, as an influencer after posting content on her social networks such as TikTok, in which she wrote ‘La Has earned the name of ‘Reina del Tiktok’. ,

Although, in various interviews, she admitted that she regretted not marrying, as she prioritized her artistic career, she has had some love affairs with figures from shows and politics.

And although she admits that she is not currently looking for a partner, because she feels like a full-fledged woman, her chances to be able to start a romantic relationship with the actress must meet certain requirements. needed.

In a recent interview carried by Mezcal TV, Erika Buenfil clarified that she does not rule out opening doors to love and falling in love again.

The protagonist of ‘Marisol’ reveals that she prefers formal and mature gentlemen, however, she clarifies that he should not be too old for her nor should she be too young for him.

For the ‘Amores Verdaderos’ actress, age difference is important to establish an emotional connection.

In case of difference of age between him and the prospect the maximum age should be 5 years. not anymore.

“I don’t care about age difference; max, five years younger and older than me [también] Nor commotion, I don’t want to!” Buenfil clarified emphatically.

He also said that the prospect must be a hard-working individual, be very self-confident and be aware that his partner—Erika Buenfil—is a media personality, sometimes controversial, who generally does not speak well of the press and the public. Generates some comments. As the actress acknowledges that generally, she is in the “public eye” usually not being looked down upon well by certain leading men.

“If he comes, it doesn’t matter where he’s from, that he’s a hard-working man and he’s fine, nothing else,” he said.

Erika Buenfil reflects that, after becoming a mother, her approach to flirting changed, however, she still remembers how to charm a man in a casual way.

He said, “Yes, I am very flirtatious. Well, not anymore, right? It turned out, I became a better person and mother.” Although she is no longer “so dreamy”, she admits that she likes a boyfriend, “if she sees him”, she concludes.