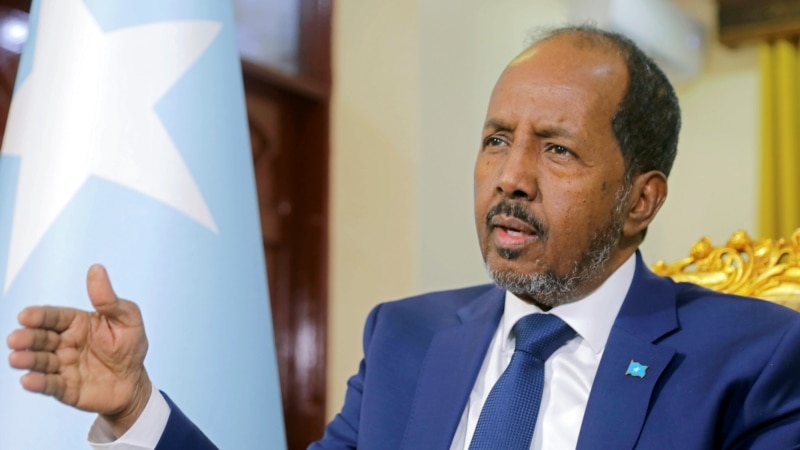 The leaders of Eritrea and Somalia have announced the signing of an agreement on defense, security, diplomatic and political cooperation.

The deal, finalized by Eritrean President Isaias Afwerki and Somali President Hassan Sheikh Mohamud, was reached after a four-day visit to Asmara by Somalia’s new leader.

In a seven-point memorandum of understanding released on Tuesday, the two leaders said they agreed to enhance defense and security cooperation to safeguard peace, stability and security. They also agreed to strengthen diplomatic and political cooperation, to protect and promote their national interests and promote relations between their two peoples, they said.

Afwerki and Mohamud said that the memorandum they signed is based on historical and fraternal ties and common interests that they share and on the recognition that the successful fight against terrorism in Somalia is a “prerequisite for peace, stability and security, not only in Somalia but also in the Horn of Africa.” from Africa.”

Eritrea has been training thousands of Somali forces for nearly three years. Most of the military has received regular and specialized training, including the naval force, as well as mechanized units.

VOA Somali has reported that the number of Somali troops trained in Eritrea is 5,167, a figure that was later confirmed by former Somali President Mohamed Abdullahi Farmaajo, who sent the troops to Eritrea.

The first wave of Somali soldiers flew from Mogadishu to Eritrea on August 19, 2019. There was a second and third wave in February and June 2020, respectively.

The training of the soldiers was a clandestine operation hidden from the public and the media. The program was criticized by Somali parents of soldiers and opposition politicians. He attracted controversy after unverified media reports alleged his involvement in the conflict in Tigray, a claim flatly denied by the previous Somali government. VOA Somali found no evidence to support its alleged link to the Tigray war.

During this week’s visit, Mohamud attended a parade by Somali forces and congratulated them on completing their military training.

According to a statement issued by the president’s office, Mohamud renewed his commitment to return troops to Somalia and said he has briefed them on his plans to stabilize the country and liberate areas still under al-Shabaab control.

“The Somali people will be excited by your sight, and the enemy will be demoralized by [your] strength,” Mohamud told the soldiers, thanking the Eritrean government.

Earlier this month, the new Somali government reported that “some” Somali soldiers died during training and “some” died of natural causes. An exact figure was not given, but some of the soldiers who deserted last year gave mixed figures: One deserter reported four deaths and a second soldier said seven soldiers died.

According to a soldier who defected and arrived in Somalia in July last year, one died of dehydration from severe diarrhoea, another was electrocuted and a third drowned in a lake while escaping from Eritrean guards.

Ali Said Faqi, the Somali ambassador to the European Union who is among the few Somali officials to visit the soldiers’ training camp in late 2019, said the troops received “hard training” and most of them were trained. as special forces. He said the original plan was for Eritrea to train and arm them.

“That was the plan, and I think that’s still the decision,” he said.

Faqi said it is the new president’s call to determine an operation policy and decide how soldiers will be specifically deployed.

Meanwhile, al-Shabab leader Ahmed Umar Abu Ubaidah vowed in a new audio threat to fight the new government, stating that the group will “never allow a government that is not based on Islam and an administration that is not fully implement Sharia [law].”

US military says 4 jihadists killed in air strike in Somalia

Thousands of Somalis are at risk of starvation, aid groups say

Somalia praises US airstrike against al-Shabaab

Drought affects nearly half of Somalia as famine