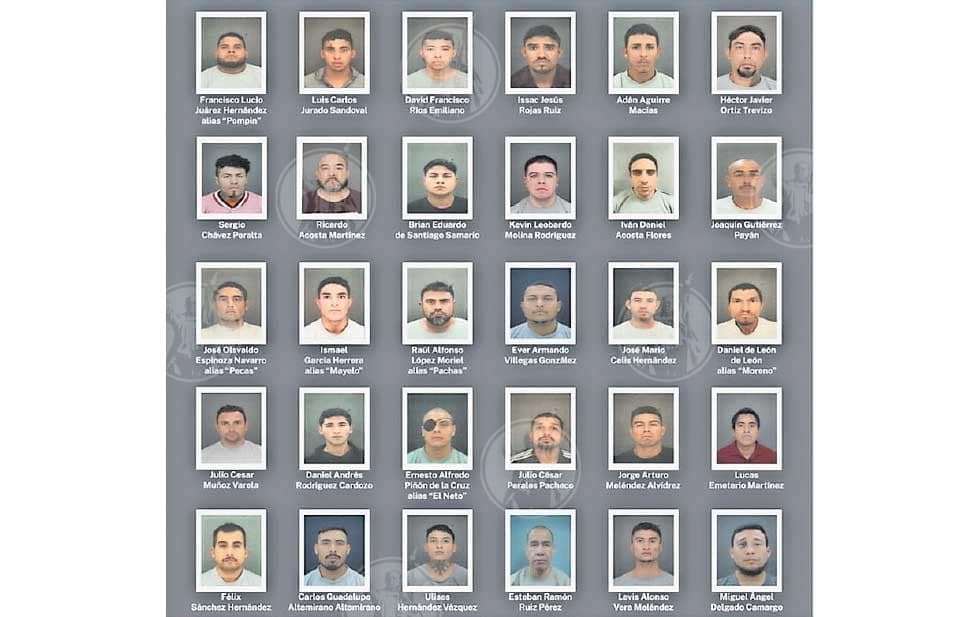 Juarez City.- 20 of the 30 prisoners who escaped from prison at the Social Reintegration Center (Cereso) No. 3 in Juárez are pending in a coordinated manner, following the arrest of the eleventh, José Mario CH, aka “El Pepe” or “El Matapolicias” . Work between three orders of government.

According to the State Public Security Secretariat (SSPE), José Mario CH was detained in the Universidad neighborhood yesterday afternoon, as it was “one of the primary objectives” in the search and recapture operation of the fugitives.

Also yesterday, another absconding inmate was arrested, Daniel LL, who was transporting 16 grams of marijuana at the time of his return, and had a valid arrest warrant for express hijacking and robbery.

The day before, January 14, another on the list, José Osvaldo N., 30, was recaptured after corporations launched an operation to locate and recapture him, from which he tried to escape by public transport . During his custody, a Glock Model 22 .40-caliber shotgun was found with a magazine that held 14 serviceable cartridges of the same caliber.

So far, 10 prisoners have been traced: six were recaptured, three were found dead and one was executed following an operation to recapture.

The first to land in his attempt to cross into the United States was Joaquín Gutierrez Payón. He was identified after the Texas government approached a metal mesh placed on the banks of the Rio Grande. No information about his arrest has been received so far.

However, the first person for whom a recapture operation was launched was Ernesto Alfredo Pinón de la Cruz, aka “El Neto”, who was killed in the Azteca neighborhood on January 5.

Subsequently, on January 7, one of the two bodies found that morning with signs of violence was identified as Iván Daniel Acosta Flores.

On the same day, Ever Armando Villegas González, alias “El Chabelo”, was taken into custody, who was found with 17.6 grams of ‘crystal’ and a .223 caliber rifle-type firearm, as well as a magazine with 15 useful was seized with. cartridges of the same caliber.

On 9 January, the two dead men were identified as part of a list of escaped prisoners, although their identities have not yet been shared until families come to claim the bodies.

On 12 January, the state police led an operation in the Kilometer 29 neighborhood where they caught a total of four people, two of whom were on the fugitives list. They were safe weapons and tactical equipment. The names of those recaptured that day are Carlos Guadalupe Altamirano Altamirano and Raúl Alfonso López Morial, “El Masca” and “El Pachas”, respectively.