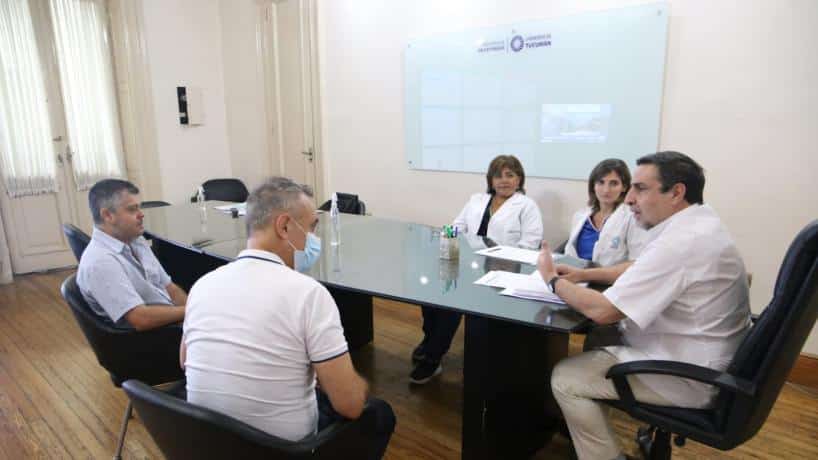 Medina Ruiz got La Rufa to study the possibility of a cooking school at the School for Patients.

Minister of Public Health, Luis Medina RuizMeet the Executive Chef This Wednesday Morning diego la rufa, who has diabetes. The purpose of the meeting is to move forward with the projection of the cooking school being incorporated into the Patient School initiative.

Diego has had diabetes since the age of 4, which leads him to understand firsthand the needs and inconveniences that patients with this disease face in many cases. He currently works as an executive chef in a renowned restaurant, where he also works on the development of food suitable for people with pathologies such as diabetes and celiac disease.

“We were in talks with the minister with the aim of organizing a cooking workshop at the patient school, in his diabetes class, where the correct preparation of dishes could be explained together with nutritionists, so that minors would potential complications”, La Rufa said, highlighting that these initiatives go hand-in-hand with the practice of some form of sport or physical activity and psychological support, which contribute to well-being and a healthy lifestyle. Necessary for the acquisition of habits.

Following this line, Diego reflected on the importance of empowering patients and said they can get excited about the idea of ​​achieving the goals they set for themselves. “Within the assembly of cuisines, although the economy dictates some divisions and distinctions, the idea is to seek affordable prices, to produce cheap, rich, healthy dishes that can be enjoyed by all households without great difficulties or costs and preferences.” be made accordingly”, he stressed.