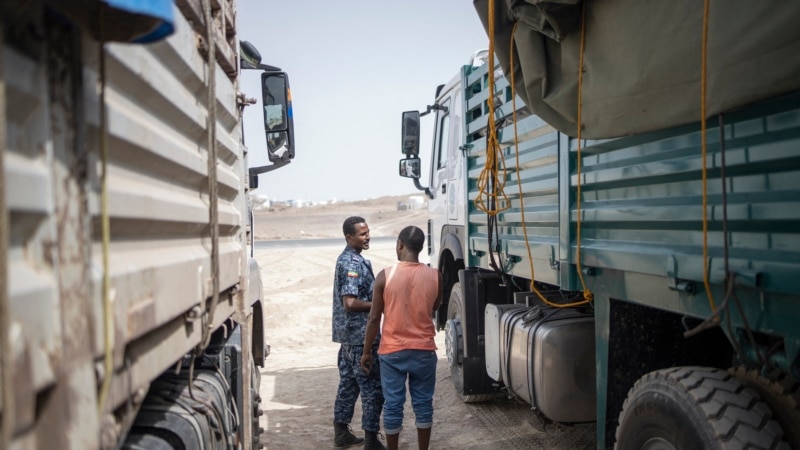 Amid efforts to provide aid to millions of people in Tigre, the Ethiopian federal government says commercial drivers of aid trucks are smuggling banned products.

On a visit to the north-western Afar region on 4 June, Deputy Prime Minister Demeke Mekonnen said trucks carrying equipment were being transferred to the rebel Tigre People’s Liberation Front.

Contacted by the VOA, the United Nations Office for the Coordination of Humanitarian Affairs declined to comment on the Ethiopian government’s allegations.

The government recently announced a ceasefire to deliver aid to the Tigre for the first time since mid-December 2021.

Aid agencies had previously raised concerns that the government had authorized fuel in the Tigre for humanitarian operations, but quantities were insufficient and reserves were low.

Commissioner Mitiku said that due to the alleged violations, new measures would be taken to prevent the transportation of unauthorized goods in Tigre.

“When the partners have entered into a contractual agreement, they must put in place additional articles to prevent this type of wrongdoing on the part of the commercial fleet. So that the owner of the commercial fleet can take responsibility. Second, in accordance with the statutory law, the government will take Action on the drivers,” Mitiku said.

Aid agencies are seeking permission to transport more fuel to the north so that they can distribute more humanitarian supplies, including life-saving medical milk and food, to about 240 health facilities in the Afar region.