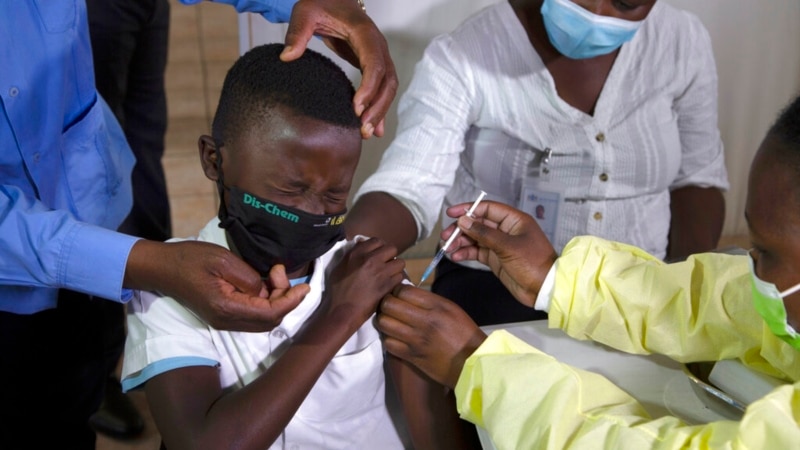 Green investments, migration, security and unequal access to vaccines will top the agenda as dozens of African heads of state head to Brussels on Thursday for a two-day summit of European Union and African Union leaders.

Around 70% of Europeans have received at least one dose of coronavirus vaccine; In Africa, just 16%. That inequity is among the issues high on the summit agenda.

“Donating vaccines is one thing, but ensuring that people are vaccinated is another, and equity demands more than donations. It requires systemic change and access to doctors, to nurses, to hospitals, to medical equipment, to scientists, to technologies and to research . And last, but not least, it requires new manufacturing capabilities,” said Stella Kyriakides, the European commissioner for health and food safety earlier this month, following an EU health summit in Lyon, France.

The EU aims to boost investment in Africa.

“The AU-EU summit is a key moment and opportunity to strengthen political and economic ties between the two continents. Leaders are expected to discuss how both continents can build greater prosperity. The aim is to launch an ambitious Africa-Europe Investment Package, taking into account global challenges such as climate change and the current health crisis,” the EU Commission said in a statement.

As it transitions to a green economy, Europe is seeking to diversity supply chains, including those for the rare earth metals needed for battery technologies — Africa is rich in such raw materials. In December, the bloc unveiled a $300 billion “Global Gateway” fund to invest in jobs, green technologies and digital infrastructure.

“It is important that European leaders, and the EU especially, finds a framework of working with the African leaders and African countries, number one, in being able to arrest and manage the refugee problem between the source countries, the transit countries as well as the destination countries,” Khannenje told The Associated Press.

Figures released Wednesday showed an increase in the number of irregular migrants from Africa crossing the Mediterranean and entering Europe in recent months, following a decline during the height of the pandemic.

Security in Africa will also be featured. The ongoing war in northern Ethiopia has killed thousands of people. There are insurgencies in Mali, Mozambique, Central African Republic, Nigeria and Somalia.

“The resurgence of coups d’état in our region is a matter of grave concern. This evolution challenges the democratic way of life we ​​have chosen,” he said.

“What we are seeing in West Africa in summary is a result of one, the institutional weaknesses that makes a nation state. Second, the legacy, colonial legacy, that has left behind not only weak institutions but has also ensured dependence when it comes to security with the former colonial master.”

“Thirdly, there is a declining in faith in the democratic project that of course came about on the continent during the wind of change following the collapse of the Soviet Union and, last but not least, the increased rate of terrorism and the desperation of populations , societal dislocation that insecurity has caused has provided fodder for would-be political profiteers and military profiteers to be able to exploit that vacuum,” Khannenje said.

Several of the visiting heads of state are not democratically elected. Critics say Europe should not be rolling out the red carpet for autocratic leaders such as Egypt’s Abdel-Fattah el-Sissi.

“The rights and lives of the Egyptian people must come before deepening ties with this oppressive regime. This is an important moment to hold President el-Sissi to account for his human rights commitments,” said Eve Geddie, the head of Amnesty International’s European institutions office and director of advocacy.