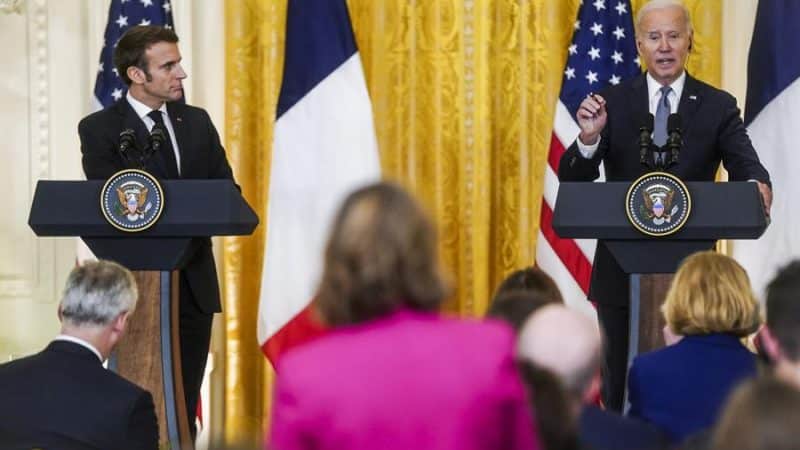 Brussels (EuroEFE). – The European Union (EU) and the United States will continue to address European concerns on Monday that the US Inflation Reduction Act could hurt the green energy and automotive industries in a new council meeting. Commerce and Technology (CTT) to be held in Maryland (USA).

The forum’s third ministerial meeting, designed for both sides to coordinate their approaches on key trade and technology issues, will bring together European Commission Executive Vice Presidents Margrethe Vestager and Valdis Dombrovskis at the University of Maryland, as well as the European Union. Trade Representative from USA, Catherine Tai; Secretary of State, Antony Blinken, and Commerce Secretary, Gina Raimondo.

As per the agenda, Dombrowski and Tai will open the session with a business and labor dialogue with representatives of workers and companies, followed by a debate on geopolitical challenges, the digital economy and 2023 priorities, ending the day with an act Will happen. academic command, industrial associations and civil society.

But between meetings there will be a working luncheon dedicated to sustainable business and supply chains to be highlighted american inflation reduction actWhich Brussels has considered protectionist and harmful to European industry.

Last Thursday, during French President Emmanuel Macron’s visit to the White House, his US counterpart Joe Biden promised to revise the law so that it does not harm green sector companies in Europe.

At a press conference at the end of their meeting, the two leaders announced that they had reached an agreement to introduce a series of technical changes to that law, although they did not specify what those would be.

Biden acknowledged “technical flaws” in the lawWhich is expected to come into force in January and which provides for the largest investment in green technology in the country’s history to reduce its emissions by 40% by 2030.

Inflation reduction law will also be introduced from 2023, Tax incentives for companies using components manufactured in North America For products that favor the transition to green energy such as electric vehicles.

From the European Union, many countries have recognized that, as the law is set out, their industry may be negatively affected and they believe it may violate WTO rules.

The EU and the US have specifically launched a dedicated working group to address these concerns, which will be acknowledged by both sides during the TTC ministerial meeting, which may hopefully help resolve some of these issues. which the group cannot deal with alone.

The EU has argued that deflationary legislation would weaken EuropeWhich is not in America’s interest, given its important trade ties, and has insisted that the aid it gives to its industry is not discriminatory.

One of the possible solutions he proposed is to provide Washington Discounts for European companies and productsAs contemplated for Canada and Mexico within the framework of this law.

During the TTC meeting itself, the European Commission hopes to promote a new “Transatlantic Sustainable Trade” initiative with the United States to support the green transition and avoid new trade disputes in areas such as batteries or renewable energy. For, according to Dombrowski recently. ,

Taking into account the current geopolitical context marked by the Russian war in Ukraine, both sides seek to strengthen alliances in these regions.

overall meet ten working groups Which covers topics such as artificial intelligence, semiconductors, export controls or the challenges of world trade, and it is expected that progress will be made in areas that touch technology or the digital sector.

Among the issues they will address is infrastructure such as the submarine communications cable that connects the two continents across the Atlantic, and the possibilities of opening new routes to them through the Arctic, which would allow for better connectivity. ally like japan

Other points that will be discussed are cooperation to remove barriers to research and development of quantum computing, as well as cooperation regarding reductions in the semiconductor supply chain, so that both sides can be alert and coordinate when necessary. ,