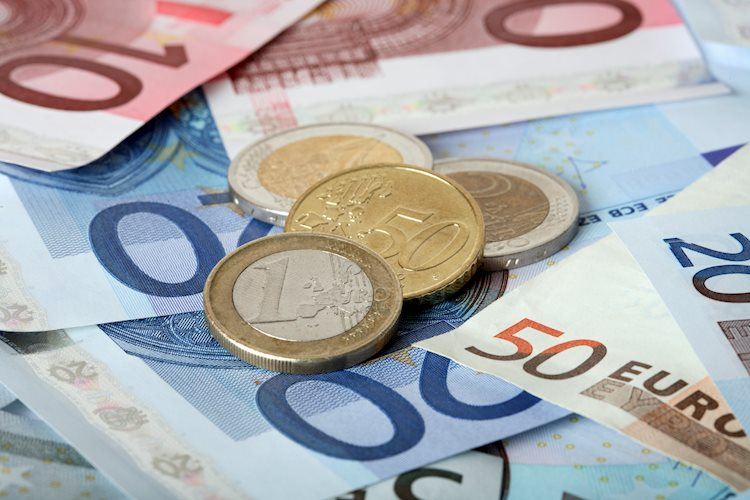 The EUR/USD pair fell to a one-month low on Tuesday, although it managed to recover a part of its intraday losses during the later part of trading and finally settled around the 1.1300 mark. A combination of supporting factors pushed the US dollar to the highest level since January 10, which, in turn, was seen as a major factor that pulled the pair down for the second day in a row. Concerns about a possible armed conflict in Ukraine continued to weigh down investor sentiment and benefited from the greenback’s relative safe-haven status. The buck was pushed further by the expectation that the Fed would tighten its monetary policy at a faster pace than expected.

In fact, markets seem confident that the Fed will begin raising interest rates in March and is pricing in a total of four hikes in 2022. This is supported by higher US Treasury bond yields, which gave additional support to the greenback. In contrast, European Central Bank (ECB) officials are pushing market bets for tougher policy and have spoken out on the need for any action to counter inflation. The divergent Fed-ECB monetary policy approach emerged as another factor that drives away flows from the common currency. However, the downside remained cushy as investors preferred to wait for the outcome of the two-day FOMC policy meeting.

Read Also:  How often should you feed your dog? Shocking answer revealed by giant study

On the economic data front, the German IFO business climate surprised on an upward trend and rose to 94.8 from 95.7 in January. Adding to this, the Expectations Index rose from 92.7 to 95.2 during the reported month, while the Current Assessment Index fell to 96.1 from 96.9 in December. From the US, the Conference Board’s consumer confidence index fell to 113.8 in December from 115.2, although it was better than market expectations. In addition, the Current Situation Index rose from 144.8 to 148.2, while the Expectations Index fell from 95.4 in November to 90.8 during the reported month. The data did little to impress traders or provide any meaningful incentive to the major.

Nevertheless, the pair managed to rebound about 40 pips from the daily low and was seen oscillating in a narrow trading band during the Asian session on Wednesday. Markets are focused on the FOMC monetary policy decision, to be announced later during the US session. Investors will look for new clues about the likely time the Fed will begin its policy tightening cycle. This will play a key role in influencing near-term USD price dynamics and generate some meaningful trading momentum ahead of Thursday’s important US macro release.

From a technical perspective, the overnight slide showed some resilience below an upward sloping trend-line that extended from the November 2021 lows. This coincides with the 38.2% Fibonacci retracement level of the October-November decline and should act as a turning point for traders. A solid breakout, leading to a subsequent slide below the overnight swing low, around the 1.1265 area, should pave the way for additional losses. The downward trajectory can pull the pair towards the 1.1225 intermediate support at 1.1200 points and the low path of 2021 around the 1.1185 zone.