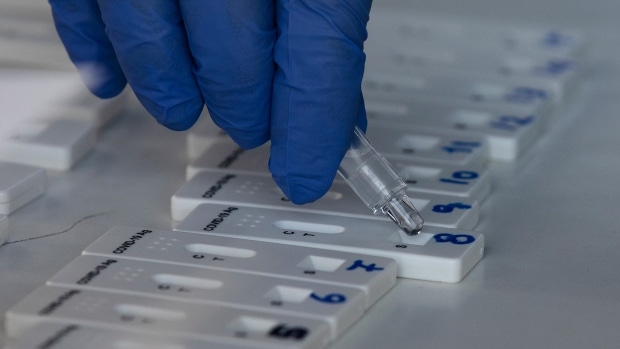 Ontario is now in a seventh wave of the pandemic and is being driven by the BA.5 subvariant.

The most recent mutation involving the Omicron variant has caused a rapid increase in cases in Ontario and renewed concerns about the possible revival of public health measures.

Here’s what you need to know about BA.5 and Ontario’s latest wave:

So what exactly is the BA.5 subvariant?

The subvariant was first detected by scientists in South Africa in January and has been formally tracked by the World Health Organization since April. It has already fueled a resurgence of viral activity in several countries, including Portugal, the United Kingdom, and the United States. The good news is that it is not thought to cause more severe disease than previous Omicron strains, but it could be more infectious. In Ontario, the percentage of samples identified as BA.5 after whole genome sequencing increased from 14.8% at this time last month to approximately 66% as of July 6 and is now being blamed for causing the Ontario’s first summer wave since the start of the pandemic.

“I think the fact that it has quickly become dominant is a way of showing how infectious it is,” Dr. Karen Born, deputy scientific director of the Ontario Science Advisory Board, told CP24.com this week. “We are learning more about BA.5 every day, there are a lot of ongoing studies on it, but early studies show that it replicates faster compared to previous strains and it also replicates faster in the body. , making it very efficient and much more contagious.”

What is it doing to the transmission?

Most experts agree that Ontario is now in a seventh wave of the pandemic fueled by the BA.5 subvariant. The scientific table has said that the wave probably started on June 17, although there is no real consensus on when it might peak. The number of people hospitalized with COVID-19 over the past month has increased by 52 percent and now stands at 712, according to the latest data released by the Ministry of Health on July 7. Yet the burden on the health system is nowhere near what it was during Omicron’s initial wave in January, when more than 4,000 patients were hospitalized with COVID-19. Most experts agree that Ontario is unlikely to see thousands of COVID-positive people in hospitals during this wave, but there are concerns about how well equipped the health care system is to respond to even a moderate increase in patient volume.

“It is anticipated that the demands on this system from this wave of COVID-19 will not be as high as some of the previous waves, but it is nonetheless taking a toll on a health system weakened by two years of the pandemic and a buildup of needs.” Born told CP24.com, adding, “So, you know, the system is potentially at a time where it lacks the capacity for, you know, a big surge of demand.”

Yes and no. Scientists have pinpointed several mutations in BA.5 that could help it evade the body’s immune response, either from vaccination or from a previous infection. This could explain some of the increased transmissibility associated with the virus, experts say. A study was also published this week that found vaccination or recovery from a COVID-19 infection before 2022 now provides little or no protection against infection again in the Omicron era. However, vaccination is still believed to be extremely effective against hospitalization and death, even in the BA.5 era.

“Basically what it does is undermine some of the protective immunity that we might have gotten from vaccination or recovery from infection, so that people are prone to infection or re-infection, even in those who were vaccinated or who have been infected in the past,” Dr. Isaac Bogoch, an infectious disease specialist, told CP24.com this week. “That does not mean that everyone is going to get infected. That doesn’t mean we’re back to square one in any way. It just means that one component of the immune system, the antibody response, doesn’t protect us as well as it once did in terms of getting this infection.”

What about rapid tests?

Ontario’s medical director of health, Dr. Kieran Moore, said this week that the latest Omicron variants, including BA.5, have affected the sensitivity of a standard rapid antigen test, reducing sensitivity by 50 to 60 percent. percent. Moore said he can assume he has COVID-19 if he tests positive, but a negative test is not enough to conclude he is COVID-free.

If BA.5 is so different, why hasn’t it been classified as a worrying variant?

There have now been five sub-variants in the Omicron era, and despite notable genetic mutations that make each subsequent one a bit different, Bogoch said they seem to “fall under the same umbrella.” He said he has heard some people “complaining that BA.5 is quite far from BA.1 and BA.2”, but he doesn’t think how the virus is classified matters much.

“There are some subtle nuances associated with BA.5 that make it different from others. But in reality the public health message remains the same. Nothing has changed in terms of how to best protect yourself and those around you from the virus,” he said.

Who is most at risk for a BA.5 infection?

Bogoch said experience from other countries suggests that it is the same people who have been at risk during the pandemic, specifically older Ontarians and people with underlying health conditions. But she said there’s also a higher risk factor for people who aren’t fully up-to-date on their vaccinations. Of course, that could be a problem in Toronto, where only about 54 percent of eligible residents have received a third dose.

Read Also:  Carjacking rises up to 500% during 'disturbing' spikes in big US cities

“I think there are some misconceptions that members of the public have where it’s like ‘I had COVID, I had COVID in 2020 and I’m not going to have it again.’ That’s just not true,” Bogoch told CP24.com.

Could this wave end up resulting in the reactivation of some public health restrictions?

Dr. Moore told reporters this week that he is “not considering recommending any other public health measures to the government” at this time. He said that if BA.5 results in an increase in transmission to the point that the province’s health system is threatened, he would act, but he does not anticipate having to. Bogoch, meanwhile, told CP24.com that the threat posed by BA.5 can best be addressed through “honest and effective” communication with the public rather than legislation.

“We talk about communication to help drive positive human behavior. But that doesn’t mean a 3pm press conference saying ‘hey everybody, this is a wave, put your mask on’. In fact, you need to have a dedicated communication strategy and build trust in the communities,” he said. “We talk about this as if it is just virology, public health and medicine, but it is not. If you really want to create safer communities and better protect Canadians, it really involves using the expertise of social scientists and having meaningful community outreach and meaningful communication strategies because a lot of it is ensuring that people take the necessary steps to protect themselves. themselves and those around them.

Will a specific vaccine for BA.5 be approved?

Various manufacturers have been racing to develop new vaccines that are more specifically targeted at the Omicron variant. Moderna is believed to be finalizing regulatory filings for its bivalent vaccine, which combines a portion of the original mRNA formulation with a new, updated version designed to better neutralize Omicron. Clinical trial data published last month revealed that the vaccine is more effective against BA.5 than its currently approved booster vaccine. However, the data showed a decreased immune response against BA.5 compared to BA.1. Speaking to reporters this week, Moore said Ontario anticipates having access to updated vaccines in the fall, but is still seeking “clarity” on “what the components of the fall vaccine will be.”

“If it’s going to be BA.4 or BA.5 (specific), I anticipate that they’re going to have to ramp up production and it could be delayed a little bit, so maybe November or December,” he said.