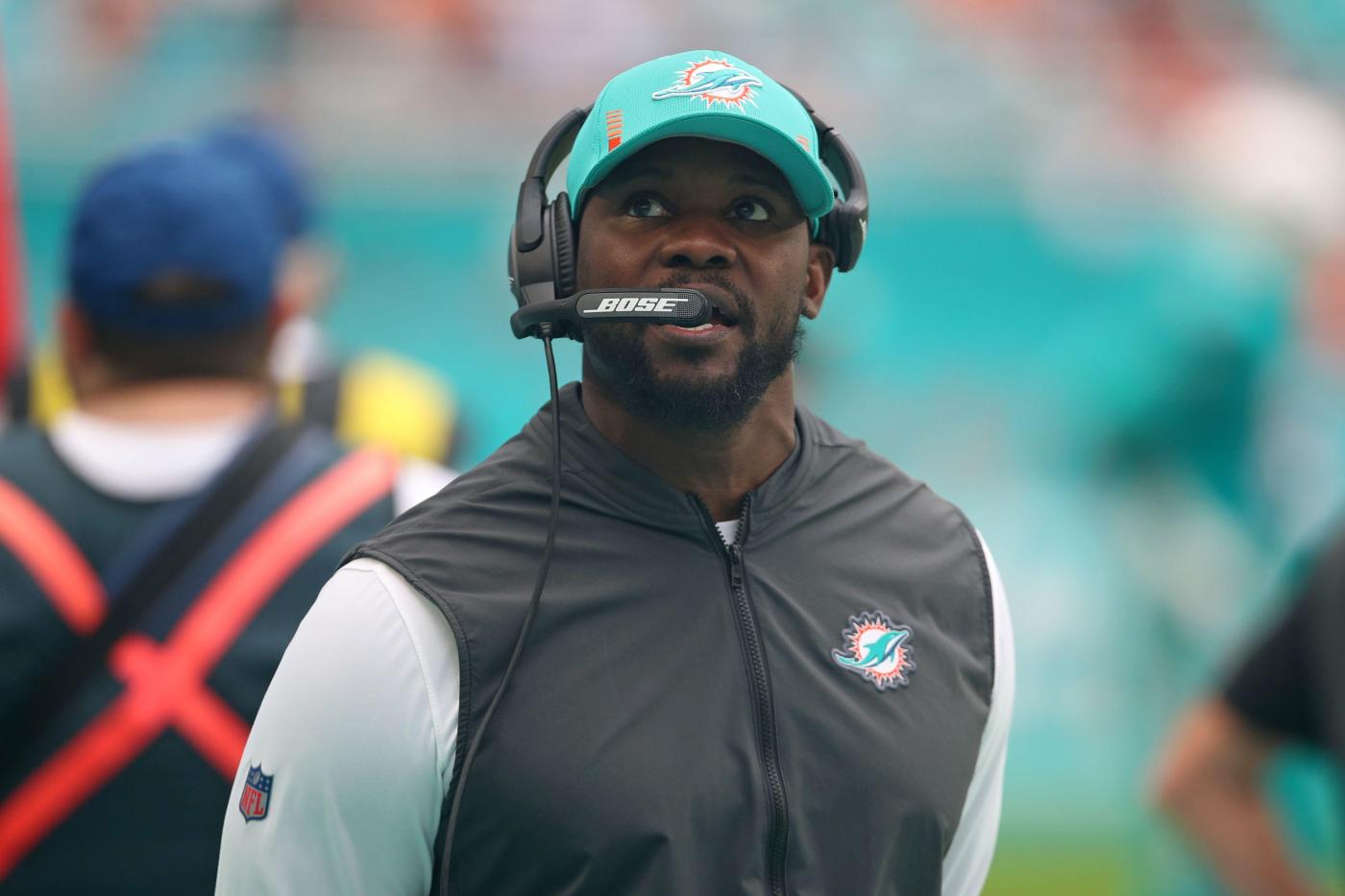 For those that believed Brian Flores’ class-action lawsuit against the NFL would make him the Colin Kaepernick of coaches in the league and keep him from landing another job, he has already been held out of a head coach position in the first offseason cycle of changes since being fired by the Miami Dolphins.

The Houston Texans and New Orleans Saints hired Lovie Smith and Dennis Allen, respectively, on Monday. Smith and Allen were promoted from defensive coordinator roles on their teams.

Flores’ lawsuit alleges widespread racial discrimination in the league’s hiring practices for top coaching positions and in the retention of Black head coaches. Against the Dolphins, specifically, Flores claimed in the lawsuit his relationship with owner Steve Ross began deteriorating during his first season at the helm in Miami when he refused to tank for a higher draft pick or tamper with a quarterback before his free agency. Flores alleged that Ross offered him $100,000 per loss in 2019.

“To attack the integrity of the game, that’s what I felt was happening in that instance, and I wouldn’t stand for it,” Flores told CBS last week. “I think it hurt my standing within the organization and, ultimately was the reason why I was let go.”

Flores, who is Black and the son of Honduran immigrants, was a finalist for the Saints and Texans head roles. Interviewing with the teams last week, he made them aware he was filing the lawsuit, which became public last Tuesday evening.

Flores said in the lawsuit that he understood moving forward with it would affect his chances of landing one of those jobs.

In Flores’ lawsuit, he also claims the New York Giants had already decided to hire former Buffalo Bills offensive coordinator Brian Daboll, who is white, by the time he interviewed. He had screenshots of a text thread with New England Patriots coach Bill Belichick, who had both Flores and Daboll under him previously as assistants, mistakenly congratulating the wrong Brian.

Flores also named the Denver Broncos in the suit for having team representatives show up late and “disheveled” for an interview in 2019 when the job in Denver ultimately went to Vic Fangio, who is white, while Flores initially landed in Miami.

The Dolphins, Giants and Broncos all denied the made against their organizations.

Flores went 24-25 in three seasons as Dolphins coach but had completed back-to-back winning seasons in 2020 and 2021 before the franchise parted ways with him.