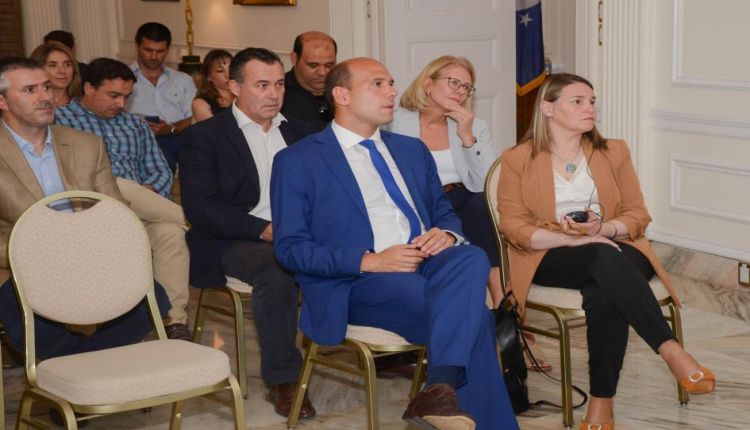 The activity took place at the residence of the US Ambassador.

The event was followed by several exchanges between MIDES, the Embassy and the experts who delivered the talks. “We share many points of commonality with the population we serve,” said Fernanda Auersperg, national director of social protection in the Mids. The purpose of the activity was to show that the small steps that are being taken in Uruguay in this area are being done in other countries on a different scale and are showing concrete results.

The presentation was given by Alicia Welch, an expert at the University of Texas. During the morning, he presented good mental health practices for the target population. The talk was addressed to members of the Ministry of Public Health, ASSE, Ministry of Housing, Ministry of Labor, Human Rights Institute and civil society organizations that make up the mental health intersection. In the afternoon, the social-labour reintegration of people who regained their independence was oriented to the officials of the National Directorate of MIDES (DINALI) and the National Institute of Rehabilitation (INR).

The program was initiated by Carl Rios, the US consul in charge, who insisted that the purpose of prison reform in Texas was to reduce the prison population by focusing on improving public safety and using taxpayer money efficiently.

Rios assured that after the reform, more than eight prisons and seven juvenile detention centers have been closed. This required a strong initial investment in structures involved in mental health and addiction rehabilitation inside and outside prison, “these aspects were critical,” he said. During the exhibition, structures were proposed to divert the entrance to the prison and avoid mortification when the person was released.

On the other hand, he said that the country is facing a paradigm shift, leaving behind the punitive approach for a more efficient approach with better outcomes for the society. Rios also referred to prisons as universities of crime, where violence is reproduced and crime is perfected. He concluded, “It is important to find a way to deliver justice without putting young people in the service of organized crime.”

Ausperg then intervened, recalling that Meades requested that Denali move from the Interior Ministry classroom to his own classroom, with the aim of preventing the street-jail-street revolving door phenomenon and working from a social and community perspective. This phenomenon is evident in a 2020 census by Mids, which showed 54% of people who spent the night on the street had been deprived of their liberty at some point. In turn, 57% claimed to have been on the streets before entering prison.

He highlighted that, according to the census, 86% of people who spend a night out have a substance abuse problem and according to him, 1 in 4 people have been hospitalized for mental health problems, A reality that is repeated all over the world. , «Given the experiential relevance that can be seen on a day-to-day basis in the situations we attend to, it is understood that it is important to create a specific department in mental health within management, which links together And there is an articulator. As with all other institutions that is the underlying matter,” he concluded.

On the other hand, Denali’s general coordinator, Daniel Fernandez, highlighted the value of the experience as it will serve to gather ideas and “hopefully we can turn them into policies for the population that we serve,” he said. Told.