Extreme danger and record low temperatures: A polar air mass will affect much of the US during Christmas week 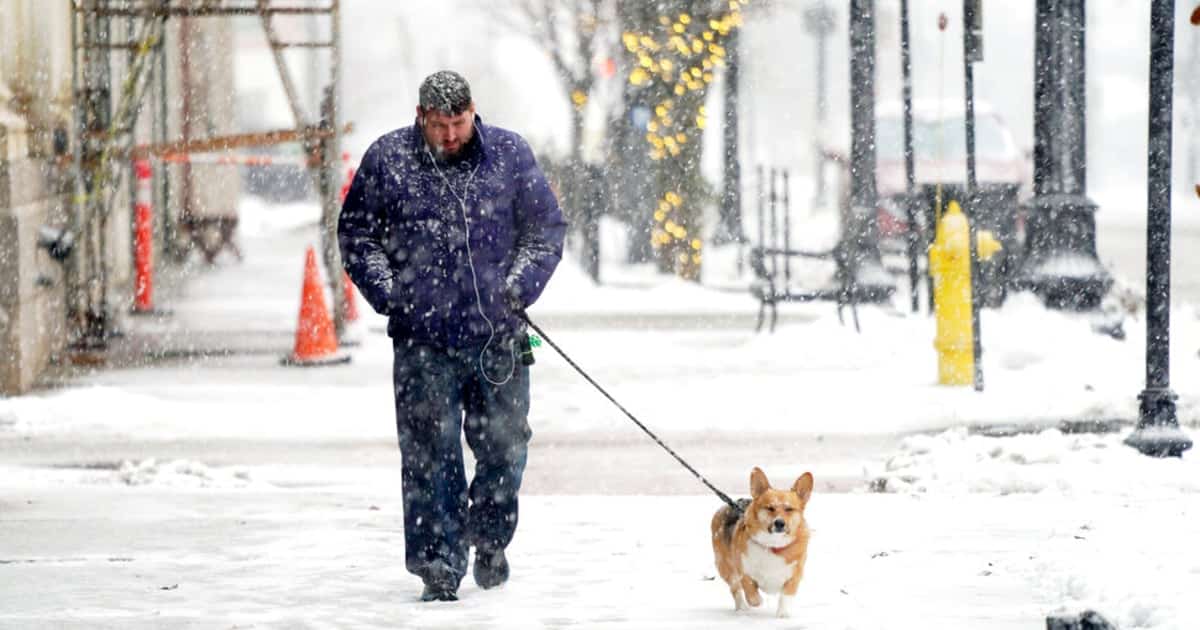 Experts warned that a large Arctic air mass will enter the United States this week, bringing record low temperatures that will complicate travel and create extremely dangerous conditions from the center to the southeast of the country.

The polar wind arrives in the form of a storm system that has buried the northeastern United States under two feet (about 60 centimeters) of snow. In New England alone, more than 80,000 customers were left without power on Sunday morning, according to the specialized site poweroutage.us.

The approaching Arctic front will bring “extreme and prolonged cold conditions to southern Mississippi and southeastern Louisiana,” the National Weather Service warned in a special bulletin on Sunday.

According to the latest forecasts from the Federal Weather Prediction Center in College Park, Maryland, the week of Christmas will also see the “coldest wind of the season” in winter due to a polar wind blowing across the eastern two-thirds of the country.

The center warned that cooler temperatures would spread from the Rocky Mountains and Plains to the Midwest through the middle of the week, then reach the Gulf of Mexico and much of the eastern half of the country on Friday and into the weekend.

Montana was one of the first states to feel the arrival of the Arctic air. The thermometer dropped to 4 degrees Fahrenheit (-15.6 degrees Celsius) on Sunday night, according to Jason Mundell, who runs the Rippon Lips guide service.

Not even a cold snap will spare Atlanta, according to the Georgia National Weather Service. A small number of further increases will be made on Monday morning and it is expected to be around 13°C (-10.6°C) on Friday. According to the weather service’s forecast, conditions will remain around 29 degrees (-1.7º Celsius) on Saturday, Christmas Eve.

Florida won’t have a white Christmas, but forecasters expect an unusually cold weekend across the state for these dates. Northern cities such as Jacksonville, Tallahassee and Pensacola have predicted lows of around 40 (4º Celsius) on Christmas Eve with highs of 20º Fahrenheit (-3º Celsius).

New England police spent the weekend responding to hundreds of accidents or vehicles driven off the road. The Maine authorities, on their part, assured on Saturday night that in just 24 hours they had to attend to more than 180 accidents.

In Vermont, public officials have set up centers to house citizens who are unable to heat or cook in their homes after losing power.

“There were some people who came over last night who couldn’t cook for themselves, so we made sure we had room for them,” Beckett Graeley, host at the Waterhouse restaurant in Peterborough, New Hampshire, said Sunday. “Even today we had some people come to watch the final game of the World Cup because their TVs were not working.”