Extreme heat in Europe: how is climate change impacting it? , Red alert for high temperature and fire 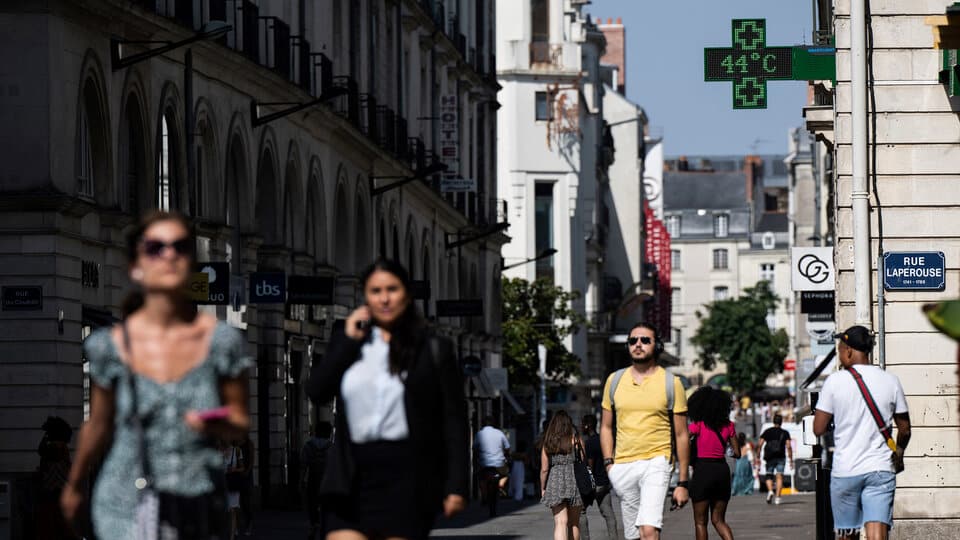 Over the past few days, many countries in Europe have been experiencing record temperatures. The United Kingdom and Italy broke the 40 °C barrier, but they were no exception, as France, the Netherlands, Belgium and Spain also recorded unusual heat. As expected, the extreme weather is likely to move northwards of the continent during the next few days. Result? Fires, evacuations, suspended transportation, runways melted and another but no less relevant everyday: lack of fans and air conditioners.

“We’ve already seen the surprise: we’re starting to see much higher temperatures where there were none before. The most obvious case is the United Kingdom, which was over 40 °C, something that has never been seen in the instrumental record. . Humans are responsible for this dramatic change What was natural for a phenomenon like climate change”, explains Carolina VeraCONSAT Principal Investigator at the Center for Ocean and Atmosphere Research. Although heat waves are nothing new, as they exist independently of human activity, it is true that they are caused by greenhouse gas emissions. Much more frequent and intense. and therefore a health hazard, both to the people who produce them, as well as to the environments in which they live.

“The other feature that climate change studies warned about is Increase in weather conditions that favor the occurrence of fires. Here not only the highest temperatures must be taken into account, but the driest scenarios must also be taken into account”, highlights the national context on the subject. This 2022 summer is so clear, as Vera indicates , fires also occurred in countries that had not suffered them for a long time. Portugal, Spain, and Greece report outbreaks in different regions, leading to Thousands of families flee

Thus, the citizens of nations whose citizens have never encountered such variability must adapt their routines to extreme conditions. In fact, there was a visible symptom in everyday life: Sales of air conditioners and fans skyrocketed in big cities whose facilities were not ready to endure such temperatures.

In a situation like this, unforeseen situations become entirely possible. just remember, Marmolada Glacier detachment, in northern Italy, which saw seven deaths, eight others with serious injuries (two who remain in intensive care) and at least 19 missing; Any product of climate change. According to experts on the old continent, this situation may be repeated in the coming months and the novelty may be transferred mont blancOne of the tallest mountains (4,808 m) and a symbol of Europe in which new cracks that did not exist before can already be seen.

“Our planet’s climate can produce frequent and very intense heat waves without human intervention. However, there is anecdotal evidence with a high degree of confidence that indicates that changes in human activities, through the emission of gases, can result in waves. causing an increase in frequency and intensity”, warns Vera.

It is human-caused climate change that causes extreme heat and cold conditions to become more frequent and longer depending on the hemisphere. According to reports provided by the Intergovernmental Panel on Climate Change (IPCC), the Earth warmed by 1.1 °C compared to the pre-industrial era and this situation will worsen in the coming decades if the central nation states do not act. We do. Case. “In the pre-industrial era, Heat waves occur once every 50 years. In contrast, currently, their chances of having them have increased five-fold. Both in Europe and in our country, it is very likely that any heat wave will reach record temperatures.

Next November, Sharm El Sheikh, Egypt, will host a new climate summit, where heads of state must be held accountable and renew their commitments to limit greenhouse gas emissions. His predecessor, Donald Trump (who also withdrew the US from the Paris Agreement), had led a clear opposition to the position. Joe Biden Which announced an investment of $2,300 million to tackle climate change. On Wednesday he said that “A clear and immediate threat”, while he considered it “an existential threat to the nation and the world”. What will the fund be for? From the US government he announced that they would be used to help communities increase their resilience to a wide range of climate impacts, including heat waves, which are particularly prominent.

Other world powers are expected to do the same in the coming months. Changes in the energy matrix and deployment of green economies are no longer a necessity and a mandate. As long as the intention is for the survival of the next generations.