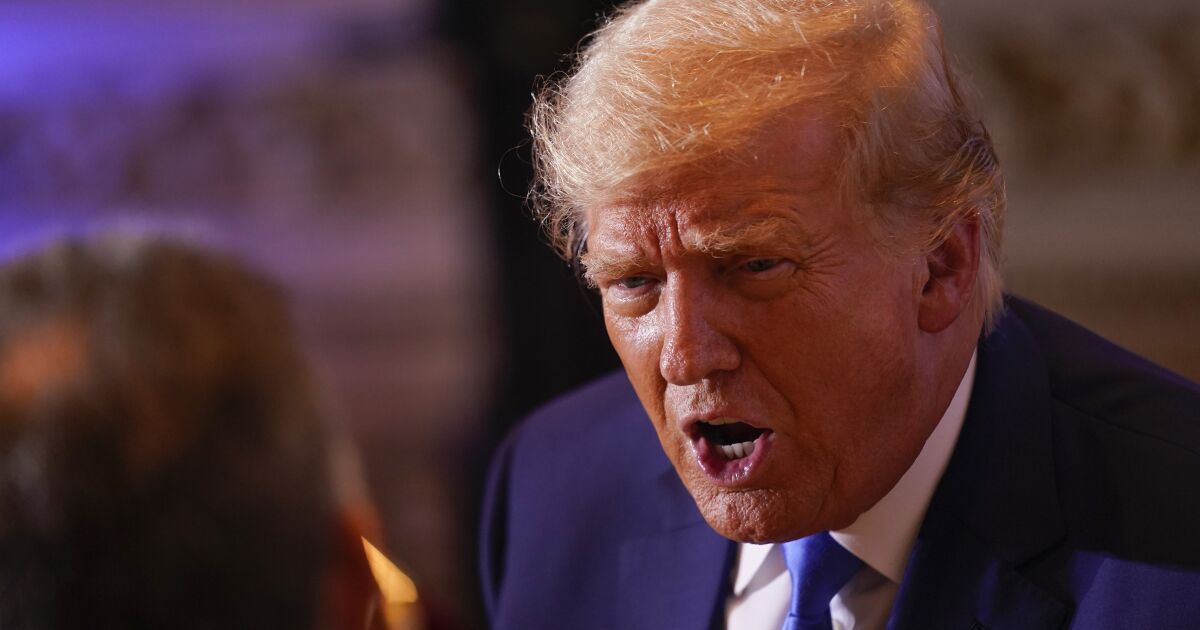 Donald Trump will be able to run for president, but he still can’t use Facebook.

The social network has no plans to restore Trump’s account after the former president announced on Tuesday that he was seeking a second term in the White House, the company confirmed on Wednesday. On January 6, 2021, Trump was expelled from Facebook following the attack on the United States Federal Capitol.

However, Trump may not have to wait much longer to return to the site. His suspension from Facebook will be reconsidered in January, two years after the ban was imposed.

One change would be immediate: As a candidate, Trump would no longer be subject to Facebook fact checks. That’s because, under Facebook’s rules, comments by elected officials and candidates for public office are not fact-checked on their sites. The Associated Press participates in Facebook’s independent fact-checking program.

Throughout his term as president, Trump’s use of social media has presented a major challenge for major platforms as he has raised the need to listen to his elected leaders with concerns of misinformation, harassment, and incitement to violence. Tried to balance.

YouTube spokeswoman Ivy Choi said Wednesday that the company had no plans to lift the suspension.

Twitter’s new owner, Elon Musk, has said he disagrees with the platform’s decision to oust Trump following the January 6 attack. Musk noted that no announcement will be made about reinstating banned users until the matter is reviewed by the Content Moderation Board.

Twitter did not respond to questions about whether Trump’s candidacy would affect the decision. Since being suspended, Trump founded his own social network, TruthSocial, and has said he has no plans to rejoin Twitter even if he is allowed to.

Trump’s account was initially suspended by Facebook for 24 hours on January 6 after he praised the rioters who stormed the Capitol. Facebook creator and CEO Mark Zuckerberg announced the indefinite suspension on January 7, saying that “the risks are too great to allow the President to continue using our service during this period.”

The company’s semi-independent oversight board upheld the ban, but ordered Facebook to set a deadline. The ban expires on January 7, 2023.