Facial paralysis in Guanajuato: they close an operating room at the T-21 clinic in Leon 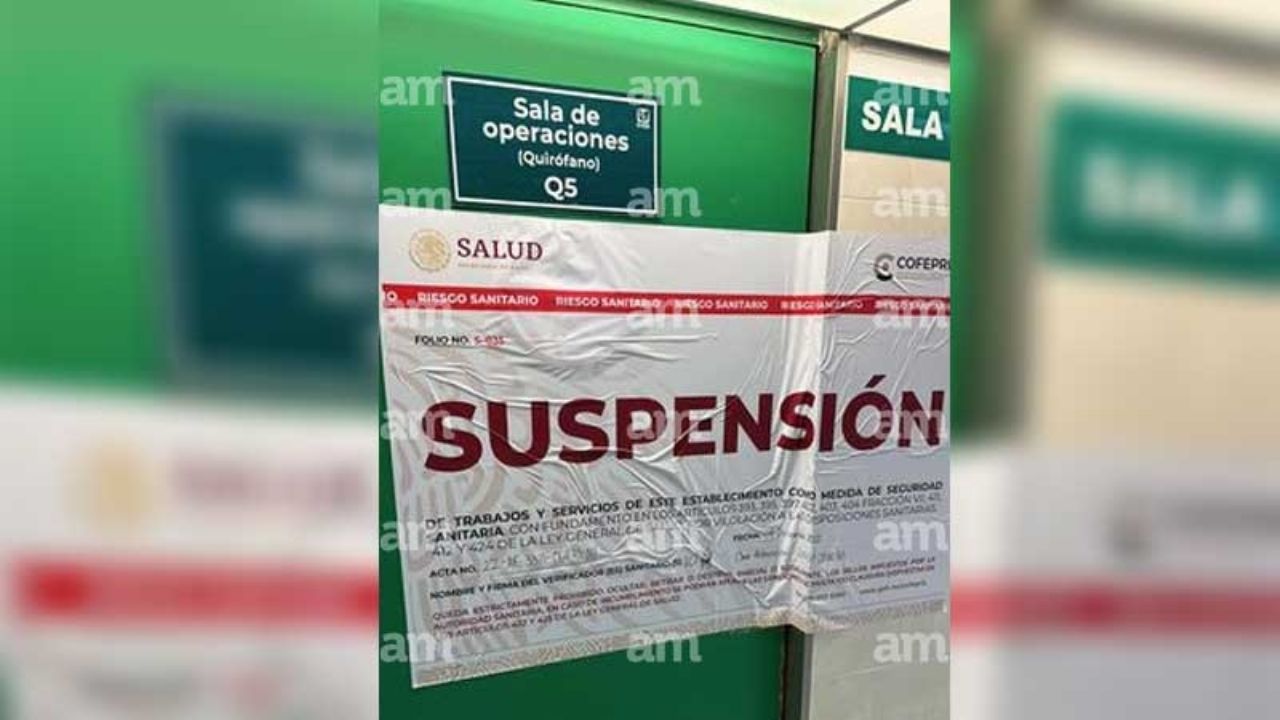 Leon, Guanajuato.- as part of an investigation conducted before a Outbreak of facial paralysis cases in 15 patients with renal failure treated by IMSSat least one The operation room of T-21 clinic in Leon was closed.

The IMSS delegation in Guanajuato indicated that it would review the issue and has not yet given a position on the matter.

on asking the health secretary Daniel Diaz Martinez With regard to this suspension, he confined himself to replying to The analysis of this information is being carried out by the State Committee for Epidemiological Surveillance, where the officers of the IMSS and protection against sanitary risks participate.

If it happened, it is going to happen, we will know it after the concentration of the information given in the technical report, the information will come officially already, but at the moment they are working on it.

If there was any information and it could be corrected, we would not have to suspend the activities.

Diaz Martinez told If they identify health risks, there may be a temporary suspension of servicesSince it is part of the functions of public health.

“As we have done in all public and private institutions, if there is a health risk to be identified, then part of our functions and part of the functions of public health is health regulation and we will do it, we have to do it.

I would not like to speculate, but give certainty to the population And tell IMSS that if we have to cooperate with them, we’re going to do that so that patient care is not disrupted, we really will.”

He added that if the IMSS in Guanajuato had to review any procedures and if this required temporarily suspending any activity in an area, the Guanajuato health system would support it.

“We will come to support so that no patient is left without care as opposed to blaming ourselves. We do not have hemodialysis units, but we will see how it is repatriated, alternatives are sought in another hospital, but That’s what we’ll do.” It’s a matter of safety, not the grid, it’s a matter of identifying health risks and not putting another patient at risk.”

Yesterday the IMSS delegation in Guanajuato explained via a statement that the suspension was due to an infrastructure problem, without denying that it had anything to do with the investigation being carried out by the health authorities.

“The Federal Commission for the Protection Against Sanitary Risks (Cofepris) issued recommendations regarding the infrastructure of this space, in accordance with the current guidelines. Once adjustments are made, activities in the operating room will be reestablished.

“HGZ No. 21 provides services in a general manner for the benefit of the designated beneficiary population,” the IMSS said.

Read full note: IMSS in Lyon: they assure that the closure of the operating room is due to a problem with the infrastructure

Check this out: Investigation of facial paralysis cases will take several weeks to complete