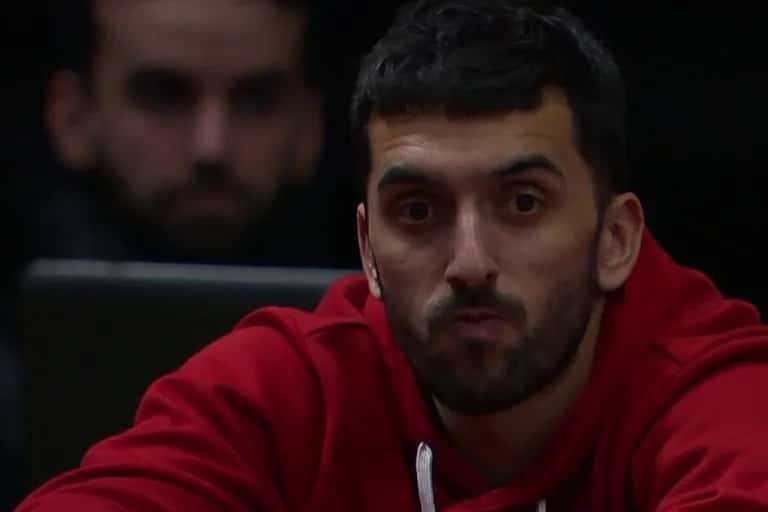 Fate hasn’t been kind to Facundo Campazo for a long time. Cordovan, who left the NBA after a poor last season with the Dallas Mavericks that forced him to leave the world’s most important league, has dashed all hopes of returning to Europe, where he has a well-deserved reputation. Before the end of the year holidays, the point guard agreed to his arrival at Red Star Belgrade, where he will once again fight to be one of the most important players on the old continent. However, nothing happened as expected.

It is that the Euroleague imposed a ban on the Serbian team that prevents them from registering players until the beginning of March, for which Campazzo will spend January and February without being able to perform at the most important event in Europe.

Faced with this situation, Campazo did not remain silent and expressed through his social networks his concern and uncertainty about the situation he is going through. “I’m tired and saddened by this whole situation. I only ask that you please let me play,” he wrote, drawing attention to the Euroleague. The tweet cited another that directly called for the ban to be lifted under the hashtag #FreeFacu (Release Feku).

Campazo was present on Friday night at Spain’s Font de Saint Lluis stadium to watch his teammates win 77-75 over Valencia. In a new day of the Euroleague. Red Star currently sit outside the playoff zone in 10th place with a record of 9 wins and 8 losses. The next match of the competition will be against Real Madrid on Tuesday, the club in which the Argentine has played for several seasons and with whom he has twice won the main European trophy.

As he entered the warm-up of the game, Campazo’s teammates wore white T-shirts with the inscription #FreeFacu, which was, at the same time, a gesture of support for the man of Córdoba and a clear demand of the Euroleague.

Red Star coach Dusko Ivanovic also expressed regret As for the decision that prevented Campazzo from being part of the team: “It is a shame for everyone that Campazzo is, not only for Red Star, but also for everyone who watches the Euroleague. People want to see the best players, but we have to fight without him, it will be difficult, but we have to fight”, said the coach after the victory on Valencia’s soil.

The Euroleague Finance Panel determined that the organization failed to comply with Financial Stability and Fair Play regulations.reported in a statement: “The sanctions imposed took into account the seriousness of the breach, including past-due debts with players from current and previous seasons, as well as providing false or inaccurate information, which could have caused the club Received an unfair competition. Allowed to continue with its normal operations despite profits and irregularities. The panel also considered remarriage, as the Serbian club had already been cleared on two other occasions in recent years.

As such, Red Star, which will appeal the sanction at the Court of Arbitration for Sport (TAS), cannot register new basketball players until March 1, and among them is Campazzo, who will miss nine games ahead of his brand new team. . January and February. The other Argentine in the team, Luca Vildoza, would be able to compete, as he had already been noted.