‘Falls’ one of the escaped prisoners from Cereso 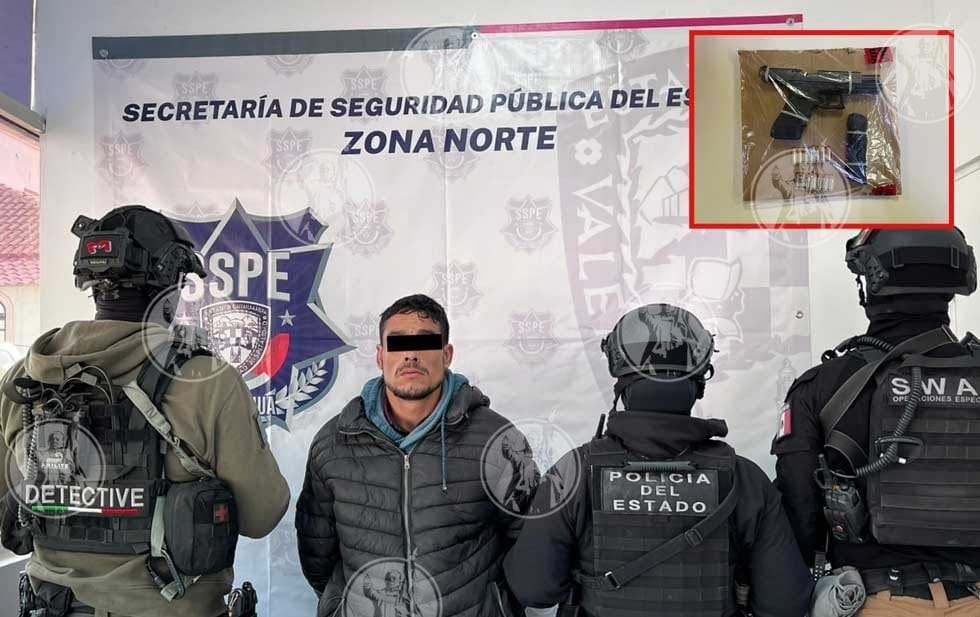 Another prisoner among those who escaped on January 1 from the Social Reintegration Center at the border was captured, the State Public Security Secretary (SSPE) indicated.

Through a statement, the corporation indicated that the detainee was 27-year-old Jose Osvaldo Ean, who was in possession of a Glock Model 22 .40-caliber firearm, which housed 14 serviceable cartridges of the same caliber.

The text states that the location was carried out in an operation in which officers from the North Zone State Police and special SWAT and detective groups participated.

“The subject, upon noticing the operation, chose to flee from the SSPE units and entered several houses in the Cerradas de Oriente neighborhood Phase 2, for which tactical drones were deployed and aerial patrol was provided by the Águila 2 helicopter” , indicated Bulletin.

“SSPE personnel searched several houses and also installed a device around the neighborhood to prevent the subject from escaping from security officials. A search operation was carried out for several minutes and finally, on the streets of Provincia Corippe and Provincia Bilbao, the subject was found inside a public transport bus,” he said.

The captives and firearms were transferred to the headquarters in Ciudad Juárez of the Office of the Attorney General of the Republic (FGR) to carry out the same provision before the agent of the Ministry of Public.

EN is the fifth fugitive caught back by the authorities.