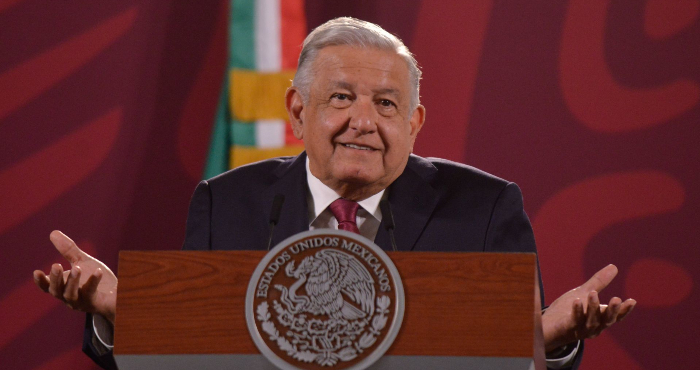 The remaining two years of Andres Manuel López Obrador’s six-year term will be a very hard wear, due to the combined effects of an unfavorable international context and ticking time bombs that have not been resolved, mainly due to insecurity and a lack of determination. – Areas to reveal in terms of conformance. In theory, this last section should have been the most obvious of the Fourth Change of Government, as it would conclude the three great public works for which the President chose: the Dos Bocas refinery, the development of the Maya train and the Corridor Transistamion (including the construction of the airport). In addition, forced by the suspension of NAIM). However, the sheer scale of these projects, the brutal impossibility caused by the pandemic, the resulting economic crisis, and the humanitarian and logistical limitations of 4T could translate into an anti-climate opening, similar to that of Santa Lucia Airport: incomplete, somewhat real. Quickly, with immediate effects.

In this context, it seems to me that the experience of AIFA teaches important lessons. It would require an expert to say that construction in Santa Lucia was the best option, but there is plenty of evidence that Lake Texcoco was not acceptable. And beyond controversy, it is clear that once finished, AIFA will reduce the volatile load that the old airport supports today. The problem is that the people responsible for the project were in a hurry to meet the President’s promised date rather than ensure a successful start-up. What would have been one of the emblematic projects of this six-year tenure (and no doubt put it in perspective), was immediately tinted with a patina of improvisation. The commencement of activities without resolving access routes and, above all, without in-depth talks with airlines, has condemned a long limbo that does not benefit the image of the government at all.

Waiting eight or ten months and starting with 60 or 70 daily flights would have closed many people’s mouths. The false victory of formally inaugurating the promised date undermined the credit that the President’s administration should have deservedly received. We should not talk about taludas and white elephants.

A fraction of the vast concentration of resources that are needed is better used to clean up air traffic control issues, and thus recover the range that has been imposed on us by the international authorities for poor performance . The fact that Felipe Calderon’s administration has managed to recover the category in the four months it lost it, and 4T hasn’t been able to do it in a year, is no prize. The legitimacy of the present government should be based not only on the moral heritage of its social banners, but also on its ability and responsibility to function efficiently.

It is reasonable to fear that the inauguration of the Dos Bocas refinery to be held on July 2 will have a similar fate. It is claimed that most of the units in the new complex will take several months to complete and strictly speaking it will not be fully operational until 2023. It is not clear how poor this assessment is and how much is verifiable information. But AIFA leaves a bad feeling. If the start-up lasts ten months and is delivered in true operating condition, there will be no shame in that; Eventually, the planet slowed down altogether and the original date was set before the pandemic. But everything indicates that the National Palace considers it more important to change the President’s word to bronze letters, even as the world has changed. We run the risk that this colossal achievement will be distorted by clear boundaries that will be little less than a symbolic opening. In the long run, I believe that if López Obrador had managed to make Mexico self-sufficient in gasoline, he would have achieved a historic success. But that will happen in the medium term, which I don’t understand why the image can be discarded in the short term when it can be avoided.

It seems to me that the presumption prevails in the presidency that any reform is seen as a sign of weakness and that it damages his reputation. I think this is a misconception. His reputation is further damaged by stubbornness in symbolic acts that remind us of the tinsel openings of past regimes, when there are real and important projects in the deep of 4T, but poor with anticipated celebrations.

The ability to correct and modify from changing reality should be treated as a virtue, not a weakness. Conversely, strictly adhering to the initial plan, regardless of whether the terms have changed or not, compromises the trust placed in a leader. It doesn’t help to dodge a plane without dodging it, only to pretend that the president managed to keep it, when it hasn’t.

Pulling out the white handkerchief to announce the end of corruption is an act that compels construction workers to love AMLO in spite of it and not thanks for it. The public, more than any other segment of the population, confirms that corruption is rampant in daily life in our country, in complete contradiction to the words of the President. And no one in their right mind could claim that corruption was eradicated in just four years, let alone throw it in Tabasco’s face for not achieving it. But on the other hand, those of us who believe in his social projects have to bother us to understand why he claims something that is clearly false. And none of the answers are reassuring. Either he has been misinformed, or he intentionally says something wrong or, and I think that is the explanation, he believes that since he is not corrupt, the state is also not.

The truth is that it is far more harmful to feast on false victories than to recognize honest and well-thought-out action in dealing with a changing reality full of resistance that requires permanent adjustment. I wish there were more for the Maya Train, Dos Bocas and Transistmico projects, which, I have no doubt, are important for their regions and important for the country, and do not deserve to be influenced by debate, in part, They are unnecessary.

He is a journalist and author.