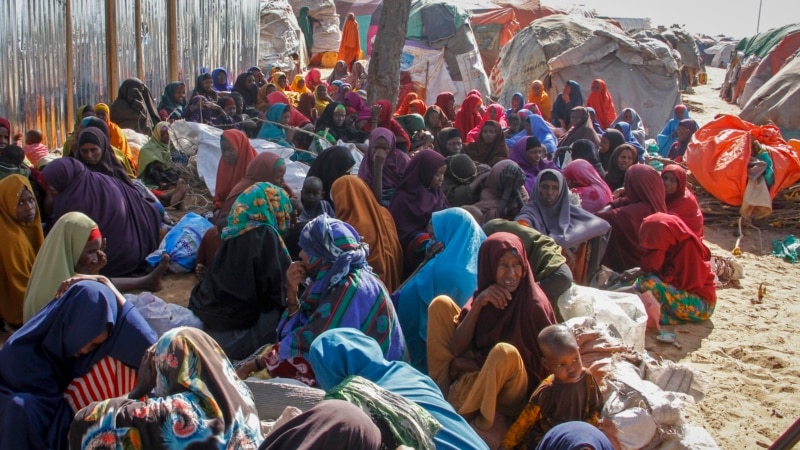 Geneva –
UN agencies are calling on international donors to act now and provide the funds needed to prevent another potentially devastating famine in Somalia. Millions of Somalis are in need of life-saving assistance.

Three years of severe drought has brought Somalia to its knees. Some six million people, or 40 percent of the population, face intense hunger because rains have failed, their crops have dried up, and their livestock have died.

The United Nations says that three quarters of a million people have been forced to leave their homes in search of food for themselves and to graze land for their cattle. Last week, a UN food security report said Somalia was on the verge of a humanitarian disaster.

Etienne Peterschmidt is the representative of the Food and Agriculture Organization of the United Nations in Somalia. Speaking from the capital, Mogadishu, Peterschmidt says some 81,000 people are already suffering from catastrophic conditions in some areas of the country. They say they are facing starvation, malnutrition, loss of livestock, crops, other properties, and eventually disease and death.

“The last time a famine was declared in Somalia, about a million people died,” Pieterschmidt said. And with the current prospect of bad rains, skyrocketing food prices, and a huge funding crunch, as was already mentioned, this means a perfect storm is brewing for another catastrophic event that will cost millions of lives. There is a danger of slipping in a famine.”

Of the 1.25 million people who died in Somalia’s last famine in 2011, nearly half were children. The UN’s $1.4 billion 2022 Humanitarian Response Plan for Somalia is less than five percent funded so far.

Lara Fossey, deputy country director of the World Food Program in Somalia, says her agency must make some tough choices on how to distribute aid due to a lack of money.

“We have already prioritized our limited nutritional funding to treat malnutrition rather than prevent it,” said Fossey. And this, of course, will mean that more people need to be treated for acute malnutrition over the long term. … and we are taking the hungry to feed the hungry.

Fossey warns that the threat of famine could force people to cope in negative ways, such as selling livestock and other assets. This, she says, would undermine their long-term ability to support themselves and force them to rely on humanitarian relief.