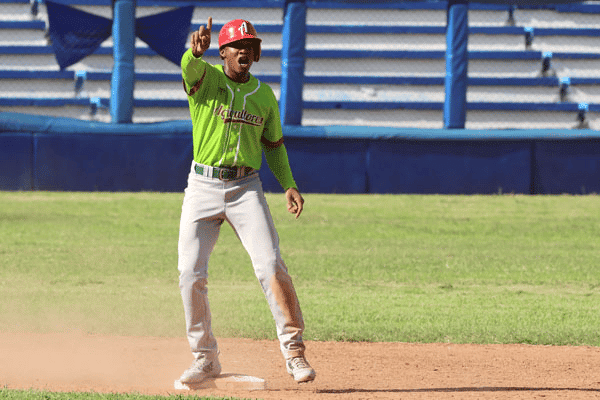 Havana, Jan. 6.- The field at the Martires de Barbados stadium in Bayamo was smoky with drought and appeared rough and tough for some tabacalleros who tried to harvest crops but were beaten back by a savage attack by farmers.

A 13×2 knockout (KO) defeated the visitors in the eighth inning and delighted the Granma public that attended the first game of this semi-final of the I Elite League of Cuban Baseball.

The Western pitching could not hold up against the opponent’s formidable offense. Yunsky Garcia had barely completed the second inning as he left the mound, and yet the decision was delayed. His shipments were a delicacy for the agricultural batch.

This Artemis pitcher endured so much in a short period of time that his account included six of 13 runs scored for the Orientals and eight of 16 hits.

Garcia’s pitches did not represent an unsolvable puzzle at times during the tournament. Six consecutive curves to center of the plate gave him a double, a home run, and a single in the same first chapter, with two RBIs off home run author Yosvani Alarcon that sent his brother Jordanes to the register.

In the top of the second inning, after a fly ball from Luis Pablo Acosta, Alexander Urquiola’s team responded with a run that brought Osbel Pacheco up and running. But there was a lot of swing coming from the locals and a lot of running after the ball from the visiting outfielders.

The difficult terrain spurred the connections with some intricacies from the tobacco patrol, especially Leandro Urgelas, launching himself at a time when he should have expected it. The result was two triples and four lapidary scores in the entry.

On the host side, César García did not have the patience to take advantage of the advantage and some lack of control possessed by the opposing battery, leaving him with only one ticket. Admittedly, he allowed a perfect turn ball to Urgelas in the sixth inning, but Carlos Santana in relief took care of his starter’s win.

The shot turned out to be a genuine accident as Farmer was winning 8×2 at the time and then fought with the other two to reach 10.

The three scores came in the eighth inning, which left Westerners on the field when the knockout was decided against the spectacular backdrop of a home run by Guillermo Aviles with two runners on the pads.

Granma’s first baseman drove in three runs and two runs, but the award for efficiency with the stick went to middle fielder Yunsky Larduet.

Las Tunas had three hits in four innings, two of them triples; He drove in four runs and drove in one run in the top of the line-up.

In addition to Larduet, four other Farmers pitched a multihit game: the Alarcon brothers, Rafael Vinales and Carlos Benitez, all with two.

The batting party resulted in the first ever semifinal playoff win for the regular stage leaders over the Tabacaleros.

This Friday, Vladimir Banos will look for a win against left-hander Leandro Martinez before starting the long trip to the Capitan San Luis Stadium in Pinar del Rio. If they were successful, they would have nodded their heads. If they fall, the travel and playoffs will taste bitter, like no tobacco.

After falling on Wednesday, the Portuarios team bounced back today and leveled their semifinal series against Centrals. Michael Gonzalez’s students put up a ferocious onslaught of 14 hits and the same number of runs at the Victoria de Giron Stadium for just four locals.

The victory was followed by losses to Marcos Ortega and Dariel Góngora. Alexander Pozzo scored five points for the winners. The match runs from Saturday to Monday at the Nelson Fernandez Park.