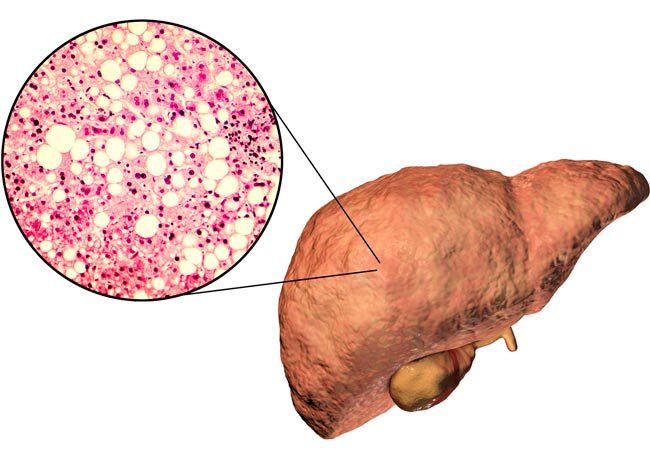 The study found that eating fast food is linked to nonalcoholic fatty liver disease, a life-threatening condition in which fat accumulates in the liver.

The researchers found that people with obesity or diabetes who ate 20 percent or more of their daily calories from fast food had significantly higher levels of liver fat than those who ate little or no fast food. And when a fifth or more of their diet is fast food, there is a moderate increase in liver fat in the general population.

Keck Medicine hepatologist and senior author Annie Kardashian, MD, said, “Healthy livers contain a small amount of fat, usually less than 5 percent, and even a slight increase in fat is associated with nonalcoholic fatty liver.” can cause disease.” “The severe increase in liver fat in people with obesity or diabetes is particularly striking, and is probably due to the fact that these conditions lead to an increased susceptibility to fat accumulation in the liver.”

While previous research has shown a link between fast food and obesity and diabetes, this is one of the first studies to show the negative effects of fast food on liver health, according to Kardashian.

The findings also show that a relatively modest amount of fast food is rich in Carbohydrates and Fats, can damage the liver. “If people eat one meal a day at a fast food restaurant, they may think they’re not doing any harm,” Kardashian said. “However, if that food equals at least a fifth of their daily calories, they are putting their livers at risk.”

nonalcoholic fatty liver disease, also known as hepatic steatosisCan cause cirrhosis, or scarring in the liver, which can lead to cancer or liver failure. Hepatic steatosis affects over 30% of the US population.

Kardashian and colleagues analyzed the most recent data from the 2017-2018 National Health and Nutrition Examination Survey, the nation’s largest annual nutrition survey, to determine the effect of fast food consumption on fatty liver disease.