Fat or Sugar: Which is more dangerous for health according to science 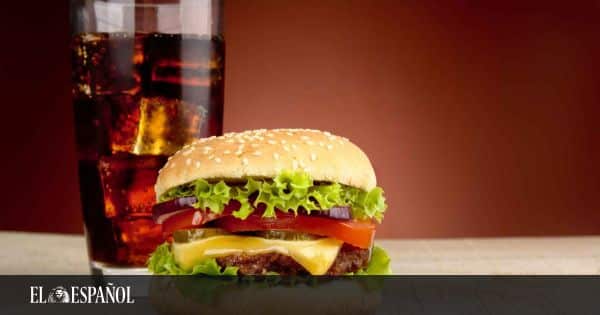 It is known that a diet high in fat and sugar can lead to metabolic diseases, diabetes and overweight, butwhat happens in our body to be so, A study by Columbia University (USA) conducted on rats showed that sugar and microbiome are responsible for this.

In fact, sugar in the diet alters the gut microbiome, triggering a chain of events that leads to metabolic diseases, prediabetes, and weight gain. results, published in the cellsuggest that diet is important, but An optimal microbiome is just as essential For the prevention of metabolic syndrome, diabetes and obesity.

“Diets high in fat and sugar can lead to obesity, metabolic syndrome and diabetes, but How diet triggers the change is unknown. unhealthy in the body,” the researchers said.

The gut microbiome is essential for animal nutrition, so Dr. Evalio Ivanov, associate professor of microbiology and immunology at Columbia University’s Vagelos College of Physicians and Surgeons, and colleagues investigated its preliminary implications. western style diet in the mouse microbiome.

Later four weeks On the diet, the animals displayed features of the metabolic syndrome, such as weight gain, insulin resistance, and glucose intolerance. Plus, your microbiome was overhauledThe number of segmented filamentous bacteria (common in the gut microbiota of rodents, fish and chickens) was dramatically reduced and the abundance of other bacteria increased.

The researchers found that the lack of filamentous bacteria was important to the animals’ health because of its effects on Th17 immune cells. The reduction in filamentous bacteria reduced the number of Th17 cells in the gut, and further experiments showed that it is the Th17 cells that necessary to prevent Metabolic diseases, diabetes and weight gain.

“These immune cells produce molecules that slow down the absorption of lipids Bad reduce gut and intestinal inflammation,” says Ivanov. “In other words, Keep the intestines healthy and protect the body of absorption of pathogenic lipids”, he added.

But what component of the high-fat, high-sugar diet led to these changes? Ivanov’s team figured it out it was sugar, “Sugar kills the filamentous bacteria and consequently the protective Th17 cells disappear,” explains Ivanov.

“When we fed mice a sugar-free, high-fat diet, they preserved their intestinal Th17 cells and remained fully protected against developing obesity and prediabetes, even if they ate the same number of calories,” he explains.

but the elimination of sugar did not help all rats, In those that initially lacked any filamentous bacteria, removing the sugar had no beneficial effect, and the animals became obese and developed diabetes.

“This suggests that some popular dietary interventions, such as reducing sugars, may only work in people who have certain bacterial populations within their microbiota”, says Ivanov.

In those cases, Some Probiotics May Be Helpful, In Ivanov’s rats, filamentous bacteria supplementation resulted in recovery of Th17 cells and protection against metabolic syndrome, despite the animals consuming a high-fat diet.

Although people do not have the same filamentous bacteria as mice, Ivanov believes that other bacteria in people may have similar protective effects.

In addition, delivery of Th17 cells to mice also provides protection and may be therapeutic in humans. “The microbiota is important, but True protection comes from Th17 cells Driven by bacteria,” says Ivanov.

“Our study underscores that a complex interplay between diet, the microbiota and the immune system plays an important role in the development of obesity, metabolic syndrome, type 2 diabetes and other conditions,” says Ivanov. “I suggest that for optimal health it is important not only to modify the diet, but also to Improving the gut microbiome or immune systemFor example, by increasing Th17 cell-inducing bacteria.”