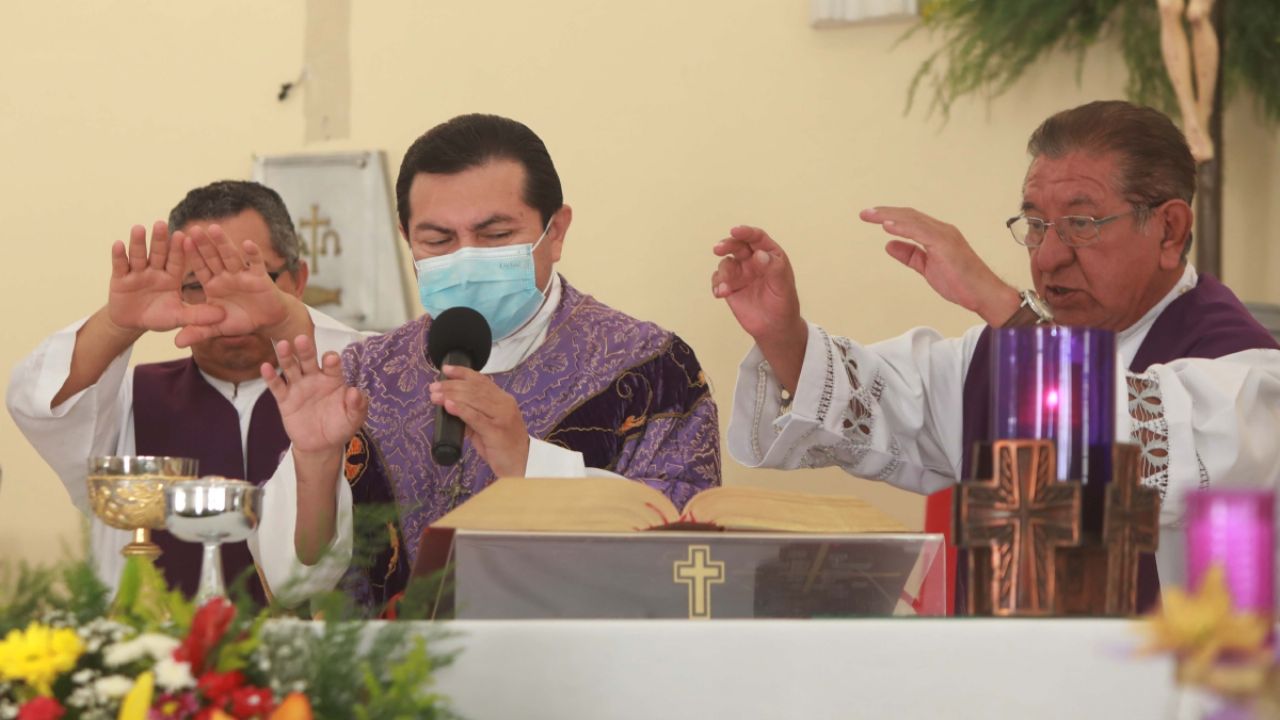 On the eve of the 30th. On the anniversary of his priestly ordination, Fr Roger Castilla Segura asked God to remain faithful to himself and his calling.

The priest was ordained to the ministry on December 3, 1992, on the feast of San Francisco Xavier, by Archbishop Monsignor Manuel Castro Ruiz at the Cathedral, along with Fathers Jorge Lavaida Molina (deceased), César Segovia Hoile, who had served in the Catholic Church. Erie, Pennsylvania and William Puga Koba.

Yesterday, Father Roger Castilla conducted a thanksgiving service with the priests of Deanery One, in the Church of San José de la Montana, of which he has been parish priest for more than a year.

Among the guests were Father Candelario Jimenez Jimenez, Vicar General of the Archdiocese and relatives of Father Roger.

In the sermon, the priest thanks God for the gift of the priesthood. “This festival comes to strengthen the priestly brotherhood; I thank the parents for this gesture of fraternity, brotherhood”, he told the more than a dozen priests and permanent deacons participating in the Eucharist.

“The fact that the parents of the deanery are with me in this 30th year of the priesthood is still enormously important to me.

“Of course, I also thank my family for coming.”

“God has given us the gift of life and we should know how to take advantage of it; By this supreme offering I affirm my allegiance to the Lord by walking either in the light or in the shadow.”

Looking forward to the second week of Advent, he recalled that this time is meant to reflect deeply on what it means to be converted, to change of heart, and to live.

The 57-year-old priest will continue to celebrate his ordination anniversary in San José de la Montaña with a mass today at 5 p.m. and tomorrow at 7:30 p.m. at the church of Nuestra Señora de la Natividad, in the heart of his community. Original.

Father Roger entered the seminary on the first day of September 1981, when he was 15 years old.

He was pastor of the parishes of Peto and Tecaux as well as Maria Madre de la Iglesia and Maria Inmaculada in Mérida.

He has been Parish Priest of San José Obrero in San José Tecoh; St. Francis of Assisi, The Ascension of the Lord, St. Rose of Lima, Mary Mother of the Church, Corpus Christi and, from August 18, 2021, St. Joseph of the Mountain. Claudia Evon Sierra Medina.