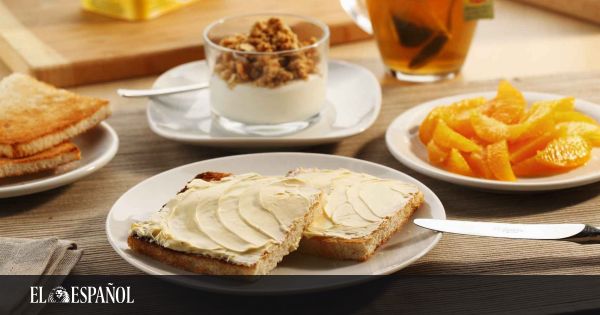 more than 480 million people the whole world suffers diabetes type 2And more than half of the diabetic patients are also suffering from this disease. nonalcoholic fatty liver (NAFLD in its English acronym). This pathology can develop into a cirrhosis And causes serious damage to the functioning of the liver.

Losing weight has been shown to improve both diabetes and fatty liver control. except, reduce carbohydrate intake established as the best alternative to control blood sugarBased on currently available evidence.

With these data in mind, researchers from the University of Southern Denmark conducted a study in which they compared diets low carb and high fat with contrast diet low in fat and high in carbohydrates, In both cases, there was no calorie restriction. Their findings have recently been published in history of internal medicine,

Let’s remember that a low-carbohydrate diet is not always a ‘Keto’ or ketogenic diet, The latter is often referred to as “very low in carbohydrates” because it contains only 5% of this macronutrient. But the diet is already considered low in carbohydrates when they represent 20-45% of total calories consumed, As a compensation, the percentage of fat and protein is increased.

In this case, during the new study, a randomized clinical trial was conducted with 165 people with an average age of 56 and with the majority of women (58%) diagnosed with type 2 diabetes. were divided into of groups,

Participants in both groups were asked to consume the same amount of calories as your energy expenditure, but without calorie restriction. The goal was to control the percentage of macronutrients rather than calorie intake.

during the study, which lasted six months after three more follow up, blood glucose levels, metabolic marker levels, cholesterol levels and their fractions (HDL and LDL) and triglyceride levels were taken into account. were also liver biopsy To assess the development of fatty liver disease.

According to the results, participants in the low-carbohydrate diet group lost weight HbA1c (The parameter that measures the average sugar level of the last 3-4 months) a 0.59% more than a low-fat diet, They also lost 3.8 kg more weight, more body fat and more waist circumference.

Regarding cholesterol and triglyceride levels, Both groups achieved improvement during the 6 months of the study, On the other hand, there were no differences at the hepatic level. No liver inflammatory parameters or excess liver fat were found in either group.

yet all this changes not saved 9 months after the start of the study. When the participants returned to their previous diets, the improvements disappeared. Researchers point out that long-term maintenance of these eating patterns is necessary to achieve healthy and lasting improvements.