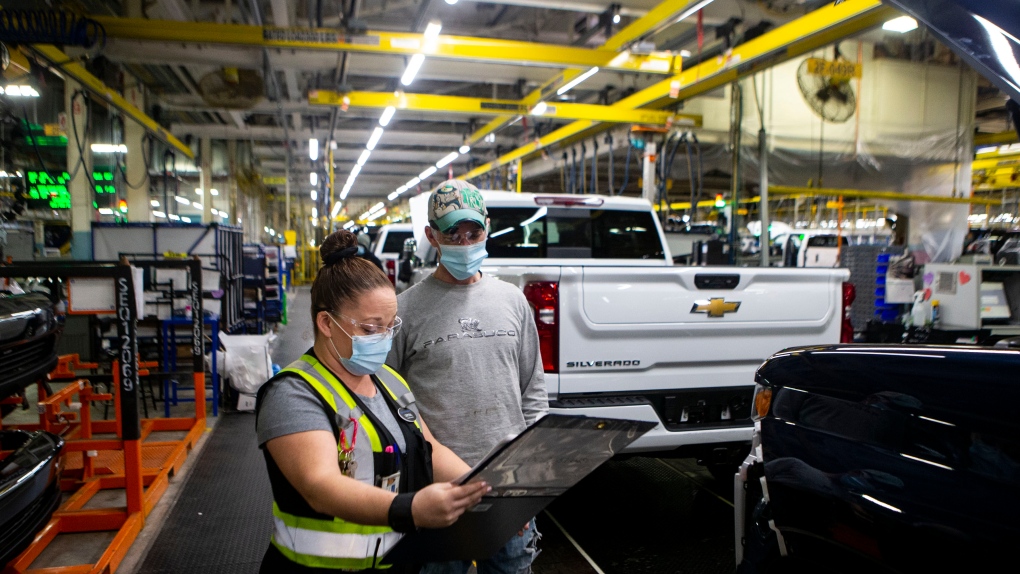 The future looks promising for Ontario’s auto sector, both economically and environmentally.

Senior levels of government have announced more than $500 million for vehicle production at the GM plant in Oshawa and GM’s CAMI facility in Ingersoll.

Up to $259-million from each of the provincial and federal governments is part of the $2-billion investment from GM.

In a Monday announcement in Oshawa, Ontario Premier Doug Ford said the “funding” would bring pickup truck production in Oshawa and electric vehicle production to Ingersoll.

“Ingersoll is going to be the first full-scale power generation facility in Canada,” said Francois-Philippe Champagne, Canada’s Minister of Innovation, Science and Industry.

According to UNIFOR’s local 88 chairperson, Mike van Bokel, the funding will help save more than 1,500 jobs at CAMI as the transition from the gas-powered Chevy Equinox to the Brightdrop EV600 delivery van.

“It really gives a sense of strong job stability for many years to come,” he said. “Hopefully not only for the current members, but for the next generation of workers to come.”

The deal to convert CAMI into an electric vehicle production facility is widely believed to have saved the plant from closure.

This is something that is not lost on Ingersoll Mayor Ted Comiskey. However, he acknowledged that supplier plants would be affected. He hoped that new industries would emerge.

“Ingersoll economic growth certainly looks to the future and is bringing in other industries to offset the unemployment caused by this move. Whether it is in the auto industry or not, we have to keep those jobs,” Comiskey said.