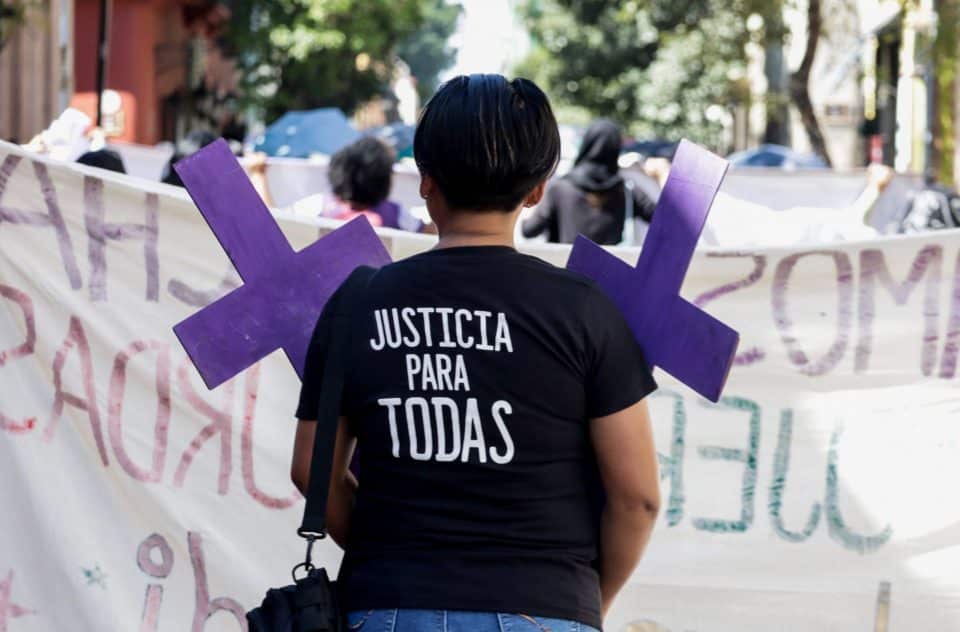 nearly a decade after being active gender alert The rate of murder and disappearance of women in the country, which has already reached 69% of institutions Far from decreasing, they are increasingAccording to an analysis by Data Civica.

Of the various groups of municipalities and states considered for this assessment, the homicide rate of women in the majority has continued to rise despite the activation of the Alert on Gender-based Violence Against Women (AVGM). Notably, the set of municipalities where it was active in 2015 recorded a female homicide rate of 6.6 per 100,000 as of 2020, 1.8 points higher than when the alert was issued,

In municipalities where it was activated in 2016, the rate for 2020 was also higher, while it decreased only slightly in those where it was decreed in 2018. With respect to the corresponding people in 2017 and 2019, the murder rates are very similar.

Two other indicators were considered for interactive analysis Civilize and evaluate gender violence warnings from civil society organizations They are the rate of femicide and the rate of missing and missing women. “Do the trends in these two indicators change before and after the AVGM is activated?” Data Civica questions. “Our answer is no.”

“The trend in femicide rates does not change significantly or permanently over time after AVGM is activated. Furthermore, we see that the average femicide rate across all the country’s municipalities has remained virtually unchanged since 2005.” is, and there is something that separates the municipalities according to the year in which the alert was activated,” the organization says.

Data Civica specifies that the number of missing and untraceable women rose alarmingly in 2019 for a group of municipalities where the alert was activated in 2015—the first of which are cities in the state of Mexico and Morelos. Therefore the organization urges to pay attention to the problem of missing women in these municipalities.

“Considering the three indicators of violence against women, the trend observed prior to the activation of the AVG generally does not change. There is no drastic or sustained change over time that reports a reduction in violence indicators,” the organization concluded.

Read: #25N: Women take to the streets to protest violence against women and women

What has been observed over time is a change in the “type of municipality” where alerts are declared. While in 2015 and 2016 it occurred in areas with higher levels of feminist violence and less local capacity—budget, infrastructure, and dedicated staff for public safety—by 2017, AVGM began operating in less violent municipalities and was able to do more nationally. average.

For Data Civica, it is possible that municipalities with an alert are similar to those that do not have it, not as a result of the functions derived from AVGM, but because the reasons for declaring it may be less and less linked to local capabilities. Scarcity and high levels of violence, and increasingly for political reasons.

“We consider the case of Mexico City, where the head of government (Claudia Sheinbaum), after assuming power in 2018, decided to activate the alert without the four steps prescribed by law for its announcement. It suggested that this action responded to pressure from feminist civil society activists and organizations rather than to the diagnosis made by the working group”, the report describes.

Through this analysis, Data Civica found that AVGMs have managed to bring the problem of violence against women to the fore and resources have been invested so that officials can attend; Even then, Still no public policy Which makes it possible to stop the existence of this type of violence and this is the main challenge so that women can live a truly violence free life.

Read: In five years, only 8.6% murders and 44.4% female murderers were punished; Oaxaca and Morelos, with much impunity

is a safety mechanism provided by AVGM General law on women’s access to a life free from violence, According to Article 22 of that law, it is a set of emergency government actions in certain areas (municipalities or states) that prevent the full exercise of women’s human rights and/or to confront and eradicate the existence of a comparable complaint. is for

The Declaration of Alert contemplates four steps: acceptance of AVGM requests submitted by civil organizations or human rights organizations; setting up of a working group to address the request made up of civil servants and academics; Report of the working group’s investigation, findings and proposals through one visit, six months to comply with them and the opinion to declare it or not on the basis of compliance.

According to Data Civica, in 2015, the year the first AVGM was declared, there were 811 intentional killings of women in Mexico recorded on death certificates that matched the characteristics – to the typology defined by the organization – of women. To be described as a murder of. In addition, there were 2,326 murders of women (3.7 per 100,000) and 1,018 missing women (1.6 per 100,000).

For August 2022, 23 out of 32 states (69.7%) had at least one municipality with an AVGM. Seven entities (21.2%) have declared alerts at the state level and the number of municipalities with AVGMs reached 851 this year (34.4% of the total). Between 2016 and 2017, the largest increase occurred in municipalities where alerts were declared, when they went from 75 to 310. The first request was made in 2014 in the State of Mexico and the latest announcement follows in 2021 in the municipalities of Baja California. , Sonora, Tlaxcala and Chihuahua.

Data Civica also documents that, according to human rights defenders, the reasons that prompted the AVGM to be requested were also related to an increase in cases. family violence and sexual violence, the other at home and on public roads. However, femicide is still closely related to family violence, which has various forms of expression, such as threats, injuries, sexual assault or deprivation of liberty.

From the perspective of activists, in cases documented by the organization, the answer to whether AVGM is working or not is varied and responds to the context of each state and municipality. In some, it is believed that it has served to clarify problems related to gender-based violence against women, including a lack of public policies. But, in many other cases the alert has not been a solution nor has it been able to prevent emergencies. Currently, the groups say, its effect is almost nil because both the methodology and the criteria for its application are still not entirely clear.

During the presentation of the report, Circe López from the Association Humanas Sin Violencia, from Michoacan, repeated the emergence of the AVGM request in the unit. From 2008, her organization started mapping and diagnosing crimes and violence against women. Even with a geo-context of escalating violence from the War on Drugs.

In 2014, he presented the report which largely triggered the declaration of alert in the unit Nursing student Cassandra Bravo murder case, In January 2015, the mechanism was launched and finally announced by 2016. Since then, he has insisted that security and justice administration is inadequate, with actions that do not consider other factors in the unit, such as the presence of organized crime, the creation of self-defense groups, and an atmosphere of generalized violence.

López insisted that the alert in Michoacán showed that everything that had been built before in terms of public policy was a simulation and there was no preventive action, He pointed out that a few days ago he received an opinion, which is first of all incomplete, since the organization knows much more about the alert than is prescribed in official documents. He claimed, “Rai just returns to what didn’t work.”

On the other hand, from her point of view, the warning dehumanized women: “You are a citizen as a victim, not the other way around, and that is cruel.” Furthermore, a public policy directed at inequality that is not developed on the basis of violence, and that allows, for example, the feminization of poverty to be eradicated.

Another aspect not considered is the need to promote public policies to pay attention to family violence, as associations between different types of violence have not been established by the organizations, which in the case of the Michoacán diagnosis is the main one. Appearances were missing, teen pregnancy and feminism. ,

“What haven’t we been able to cover, and what worries me, murder of women, There is no policy, because it is precisely by emptying public security that we have the expression of murders and deaths and attacks against women in that public space, which is not contained because it is empty of institutional presence and they do not enter want it. He,” he said.

“What we see is a generation actions that go nowhere, that they do not solve the problem, that it is an inflow of funds, and also that, every three years, at the municipal level, a brutal challenge is faced as we start again. I think we should look from other perspectives how these tools help us to be able to pinpoint the points where we need to discuss, dive in and go deeper.