Fernando Villalona calls for legislation to include children with autism 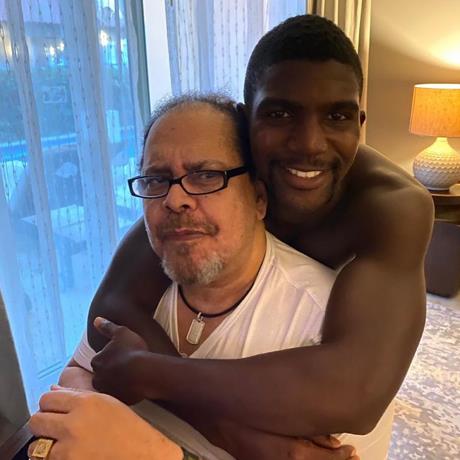 Fernando Villalona calls on his followers to walk with him on Sunday, June 26 to achieve the enactment of Law 05-13 to include people with autism.

“Raise your voice and move to achieve it,” Villalona posted on her Instagram with a video. He remembered that he had an autistic youth, Matthew Yeremaya Villalona Vicioso, Now 23 years old.

Villalona asks that all autistic children be included in the protection law “because we are living in this country as if we were a country with no thinking people and I think going to Congress, where my There are many friends, Senator, and that I ask you personally so that our children get a good education and receive them anywhere in the world.”

The so-called Meimbe is the father of two girls and three boys. The first are biological, the next two are foster children and the fifth and last are adopted.

It’s the men who touched her heart in a different way, without diminishing her relationship with her daughters Paloma and Claritza.

Twins Fernando Jose and Jose Fernando (now 30 years old) raised him because “his mother gave him to me before he died.”

Fatima Vicioso, her passionate partner And whom she named “the love of my life” on her Facebook account, she couldn’t have biological children, so the two of them decided to adopt.

“We thought they were going to give us a blonde American with green eyes, so when they gave us this little brunette, I said: ‘Wow,’ and we talked to my wife’s mother (who told us) : ‘If it were so, then accept what the Lord has commanded you, for it will be your joy and love’ and it has happened”.

Matthew is autistic, but his parents didn’t know it until he was older. Fernando and Fatima adopted him in New York and took him with them when he was just 19 days old.

“At first, my natural daughters were a little jealous, because one day I said on television, to flatter them, ‘To my favorite son, Matthew,’ and that’s when a little jealousy arose and a little stalemate, but Thank you Lord, he has given me the power to make peace.”

Fernando sums up his love of home in Matthew, although he does not deny that he is “very hyperactive”, but manageable.

“Sometimes because of ignorance we don’t know that they have a parallel life, they act in parallel with what they believe and we have taken workshops on how to handle their situation and lead what we have done and We’ve learned a lot, a lot from him, because when he wants something we think he shouldn’t, he gets angry and then says: ‘Okay, dad, okay, mom, I I understand,'” commented El Meimbe.

Lefty Aaron Loop, who never wanted to leave, could be part of solution for Mets bullpen