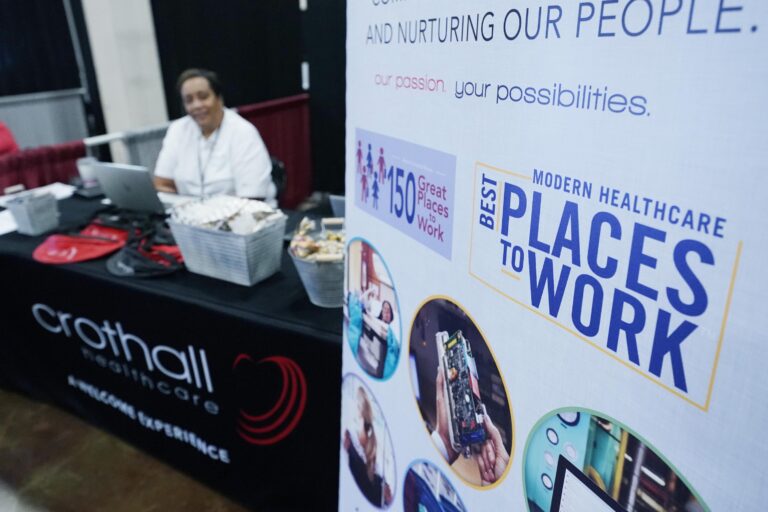 The four-week average for claims, which compensates for weekly volatility, fell by 7,250 to 236,250. It was the third straight week of declines after rising for five straight weeks as the omicron variant of the coronavirus spread, disrupting business in many parts of the US

First-time applications for jobless aid generally track the pace of layoffs, which are back down to fairly healthy pre-pandemic levels.

Earlier this month, the Labor Department reported a surprising burst of hiring in January, with employers adding 467,000 jobs. It also revised upward its estimate for job gains in November and December by a combined 709,000. The unemployment rate edged up to a still-low 4% from 3.9%, as more people began looking for work, but not all of them securing jobs right away.

A winter spike in coronavirus infections briefly tripped up the country’s rebound from 2020′s virus-caused recession, but employers appear confident in long-term growth and are eager to hire.

Massive government spending and the vaccine rollout jumpstarted the economy as employers added a record 6.4 million jobs last year. The US economy expanded 5.7% in 2021, growing last year at the fastest annual pace since a 7.2% surge in 1984, also coming after a recession.

Inflation is also at a 40-year high — 7.5% year-over-year — leading the Federal Reserve to ease its monetary support for the economy. The Fed has signaled that it would begin a series of interest-rate hikes in March, reversing pandemic-era policies that fueled hiring and growth.