Filmus: “Science and technology has nothing to do with the election calendar”

The Minister of Science, Technology and Innovation, Daniel Filmus, insists that “science and technology has nothing to do with the electoral calendar; politics cannot be changed every four years because the outlook is medium and long-term.” He highlights current knowledge economy and funding laws for the region, puts the Science 2030 project on the agenda that will be presented to the Socioeconomic Council on Thursday and then sent to Congress where he hopes the ruling party and There is an agreement between Opposition to vote for it. unanimous. “There are two laws that determine the state’s investment, the private one and the third one will say who to invest, it will determine the national, regional and provincial objectives,” he tells El Littoral.

Filmus traveled to Santa Fe to finalize an agenda marked by a visit to the Technological Park of the Central Coast (PTLC), where innovation companies and incubators are located; Participated in a business round with Brazilian companies and entered the local stock exchange and then visited the UNER Faculty of Engineering in Paraná. 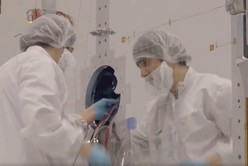 “Build Science”: the nation will finance the works in Rosario and Raphael

– What did you find in Santa Fe? El Littoral asked him.

Santa Fe is one of the provinces with the most active policy regarding science, technology and innovation. It has significant developments in its own strategy and tools that the provincial government undertakes fundamentally in expression between basic research, advancement of knowledge and the possibility of technology transfer and the ability to create startups that allow labor induction and are highly competitive. Production.. Unlike other provinces, Santa Fe has active politics, tradition and a very important biotechnology center. I had the opportunity to meet not only the researchers, people of Conicet in the Parque Tecnológico Litoral Centro, but also to visit the companies that based on the knowledge not only produce for the domestic market, but also with high value Exports also. The experience was very important.

We also came to reinforce what we had set out with Governor Omar Perotti for two major projects, one in Rafaela and the other in Rosario. Now we are committed to a third, according to the priorities of the province, we are going to move to the city of Santa Fe. We are planning to invest in the works of about 1,500 million pesos, 500 for each region of the province and equipment program. Second step. In the first phase it was important for the province to have very sophisticated equipment worth $4 million. We are going to open a competition for the second phase of the equipment.

Read Also:  The Ultimate Guide to the Best Gaming Laptop in 2022

– What will happen in Santa Fe?

– We have several proposals and we ask the province to prioritize which it considers most important. At the park they asked us to complete a project they’re doing to incubate companies that have spaces for common equipment for container-type infrastructure. The policy is not to define from Buenos Aires what are the tasks that we are going to privilege, but to wait for the province to tell us what its priorities are.

We announce that the province of Santa Fe submitted 18 research projects to the Federal Research Projects, where each province has a quota of 100 million pesos. Santa Fe prioritized ten and we inform you these will be approved by the ministry. 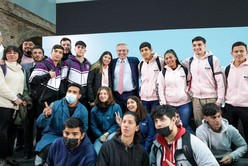 He started a training program for young Argentines for work

– Were there any claims of investigators, officials, businessmen?

Directors, Rectors of UNL, Directors of CCTs, Directors of the Company were in the park and in that meeting it was discussed how to formulate the policies of the State. How not to always depend on the governments of the day. I mentioned that there are two very important laws: the knowledge economy and the financing law, and we’re going to introduce a bill that provides a plan for Science Argentina 2030. The two laws were voted unanimously and we hope that it will also be voted on by the ruling party and the opposition to indicate that the lines laid out as a priority are agreed upon by all political factions. . That 2030 plan also provides a provincial agenda and another regional agenda, which each province takes up with national, local elements. It will be presented to the Economic-Social Council and then to the Congress. The project has already been circulated in trade, associations, scientific organizations, CIN, discussed by chambers and organizations such as the Federal Council for Science and Technology.

The ministry has an important role to play in reducing imports in the event of a shortage of dollars in the country, a challenge to the scientific and technological system.

– That’s why I saved the conversation so much. Of the two companies we visited in the park, the main volume of their production is exported not only to neighboring countries but also to Central European countries and this is very interesting. Many a times we discuss the issue of external throttle or cyclical crisis in the balance of payments and for us it is not through adjustment policies but through generating conditions to change fundamentally, through substitute imports of products. which come with a certain degree of extension. At the same time to be able to increase the composition of the export matrix from more sophisticated production. Greater value added to the work and to the innovation potential that Argentina has. Today’s experiences are a demonstration of what Argentina is in a position to do.

Filmus didn’t overlook the development of transgenic seeds from a team led by Raquel Chan. “I didn’t have time to meet Raquel Chan, who is also an example of how the contribution of biotechnology can boost our country’s export production,” he said. He highlighted the acceptance of these seeds by China, the United States, Brazil, Australia, New Zealand, which “opens up a range of possibilities where there could be a lot of occurrences in cereals in Argentina,” he says.

Filmus highlighted the importance of different forms of expression before El Litoral “between the efforts made by the nation for the purpose of basic research and the province with a productive approach; the relationship between basic research and technology transfer and expression among the public – when you Look at the countries that invest the most in science and technology, they do it with expression, not just from the public, it’s a noble expression”.

He said that he was “extremely happy to see how much PTLC has grown and has received support from UNL, the provincial government, the CONCET and the community. Incubators and companies have been developed that have a common feature, which is exports. From the ministry.” We are working to strengthen science and technology and the finance law allows us to invest more.”