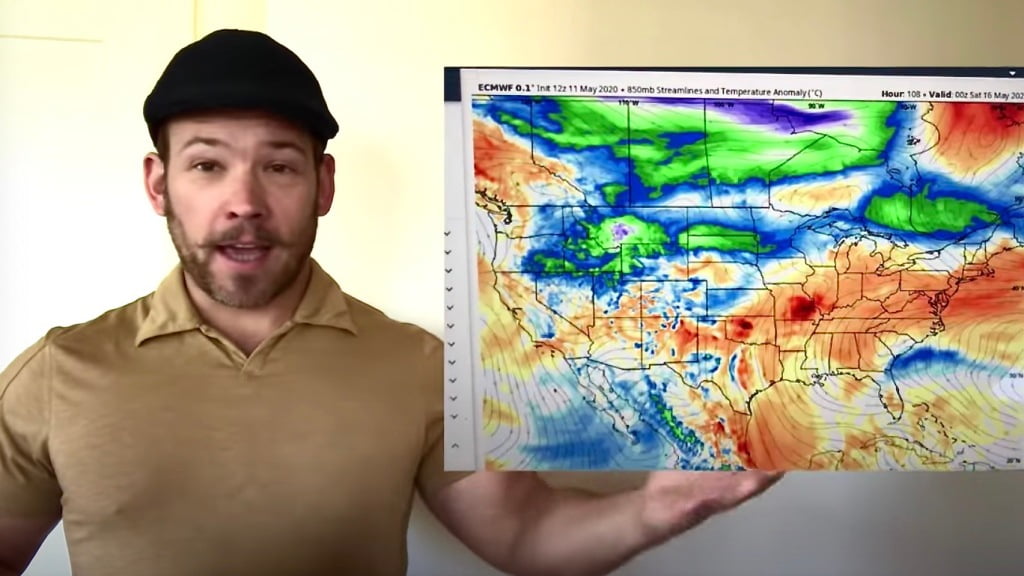 Monday Afternoon Morning Edition host Katie Wurzer tweeted congratulations to Sundgaard and said he would be joining her on the air from Tuesday: “I’m a longtime fan of Sven. Join us every morning at 7:50 am. ” Sundgaard will also be writing for the MPR News Updraft weather blog. His first post was published on Monday.

KARE fired Sundgaard, who is gay, in May 2020. A Facebook post from the station at the time read: “Due to ongoing violations of news ethics and other KARE 11 policies, we have decided to part ways with Sven Sundgaard.”

Last April, Sundgaard filed a lawsuit in the US District Court against KARE and its parent company Tegna, alleging discrimination based on his sexual orientation and religious beliefs. The lawsuit includes additional claims for hostile work environment, defamation and violation of the Minnesota Human Rights Act.

At the time, KARE responded with a statement: “One of our core values ​​as a station is inclusiveness. We strive to maintain a respectful workplace environment free from all forms of discrimination and harassment. ”

When Sundgaard appeared on the cover of local LGBT magazine Lavender in 2007, he said that then-news director Tom Lindner was furious and asked Sundgaard, “What will people think?” Sundgaard said the human resources department did not respond to his complaint. According to Sundgaard, after he converted to Judaism, news director Jane Helmke asked “if he still believed that Jesus was the Messiah.” Sundgaard called the comment “aggressive” and said he felt uncomfortable and did not know how to react.

The lawsuit also details an incident in early 2011 in which Lindner allegedly sent Sundgaard “a hostile email about a promotional photo shoot that Sundgaard did copying many of his colleagues.” The open-air meeting with Lindner ended with the news director shouting, “Get (expletive) out of my office,” according to Sundgaard, who said that the report to HR was back to nothing again.

Sundgaard claims that in 2017 he was not allowed to speak as a speaker at the National Association of Lesbian and Gay Journalists conference or to spend time with his mother, who was being treated for advanced cancer on her birthday, in 2017. Sundgaard claims that he told the news director that he was going to discuss the matter with Tegna, and he was told that it was a TV channel decision, not a corporate decision. Shortly thereafter, Sundgaard said that Tegna had given him a warning for insubordination and unacceptable behavior.

In November 2017, Sundgaard stated that management issued a written warning about his “shortsightedness” for a “sexually charged” comment he made during a news release when he said, “I think size really matters” in response to news that that Minnesota or Wisconsin had more lakes.

Sundgaard is suing for non-payment of wages since the day he was fired and up to $ 25,000 in penalties. The lawsuit is still pending, according to federal court records.

Shortly before his dismissal, Sundgaard used Facebook to post a comment by Minneapolis Rabbi Michael Adam Lutz, in which he criticized those protesting the coronavirus-related public health restrictions in the United States and likened them to “Nazi-sympathetic white nationalists, armorer fetishists.” …

Right-wing website Alpha News reported on Sundgaard’s repost, prompting criticism from former congressman and media personality Jason Lewis, who tweeted: “Today’s forecast: Mostly sunny with a likelihood of idiocy … The # Covid_19 models are about as accurate as his predictions. @ kare11 has to fire him! “

News of Sundgaard’s departure made headlines in national newspapers, including Fox News and New York Daily News. Locally, social media was largely supportive of Sundgaard, who was born in St Paul, grew up in Cottage Grove, and has worked for KARE since 2006.

In August 2020, Sundgaard began making predictions for the local news site Bringmethenews.com. The site owner has confirmed that Sundgaard will continue to contribute to Bring Me The News. Sundgaard also posts regularly to YouTube.

During the pandemic, many rely on the non-profit Burnsville Clinic

Retail sales fell 1.9% in December due to shortages, omicron

Update: St. Paul’s mandate for a vaccine or test only covers about one-third of restaurants.

COVID-19 pill rollout stalled due to shortages as omicron rages

Rittenhouse jury to return for fourth day of deliberations

Who are the producers of the deadly film Rust?