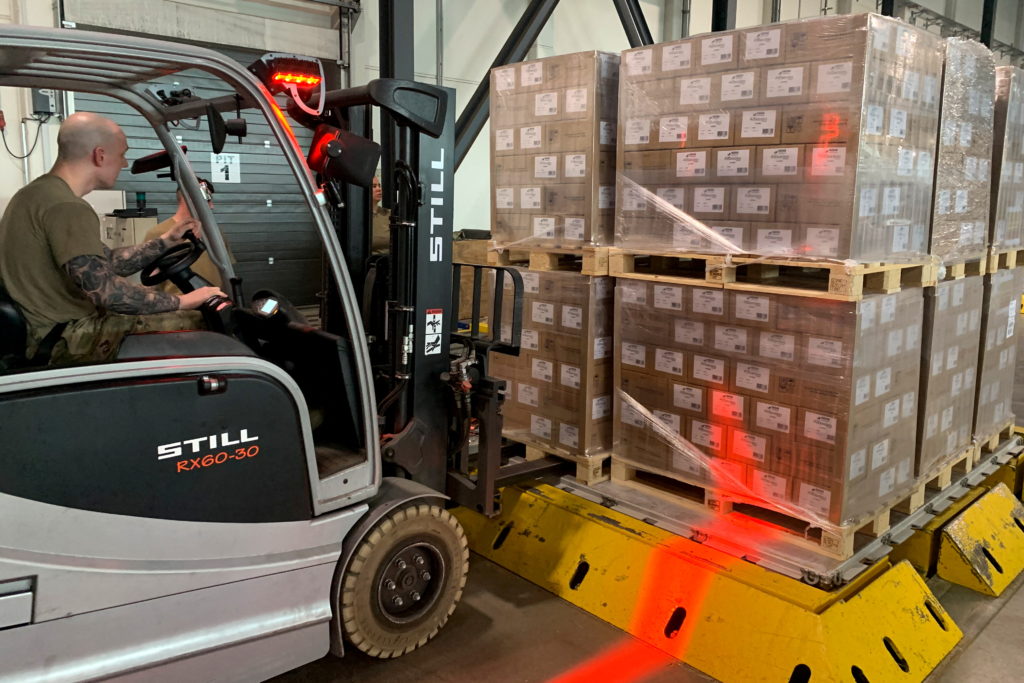 WASHINGTON ( Associated Press) — The first flights of infant formula from Europe, authorized by President Joe Biden to relieve a deepening US shortage, will arrive in Indiana aboard military aircraft this weekend, the White House announced Friday.

The White House says 132 pallets of Nestlé Health Science Alfamino Infant and Alfamino Junior formula will leave Ramstein Air Base in Germany and arrive in the US this weekend. Another 114 pallets of Gerber Good Start Extensive HA formula are expected to arrive in the coming days. Altogether about 1.5 million 8-ounce bottles of the three formulas, which are hypoallergenic for children with cow’s milk protein allergy, will arrive this week.

While Biden initially requested that the Pentagon use commercially chartered aircraft to move the formula from Europe to the US, the White House said no commercial flights were available this weekend. Instead, US Air Force planes will transport the initial batch of formula.

The Biden administration has dubbed the effort “Operation Fly Formula,” as it struggles to address nationwide shortages of formula, particularly hypoallergenic varieties, after the closure of the country’s largest domestic manufacturing plant in February due to safety issues.

US regulators and the manufacturer, Abbott, hope to have that Michigan plant reopened next week, but it will take about two months before the product is ready for delivery. The Food and Drug Administration this week eased importation requirements for baby formula to try to ease the supply crunch, which has left store shelves bare of some brands and some retailers rationing supply for parents nervous about feeding their children.

Blinken warns Russia of ‘serious consequences’ if it invades Ukraine