First Caravan of Nationals leaves Laredo, Texas with over 4,000 vehicles 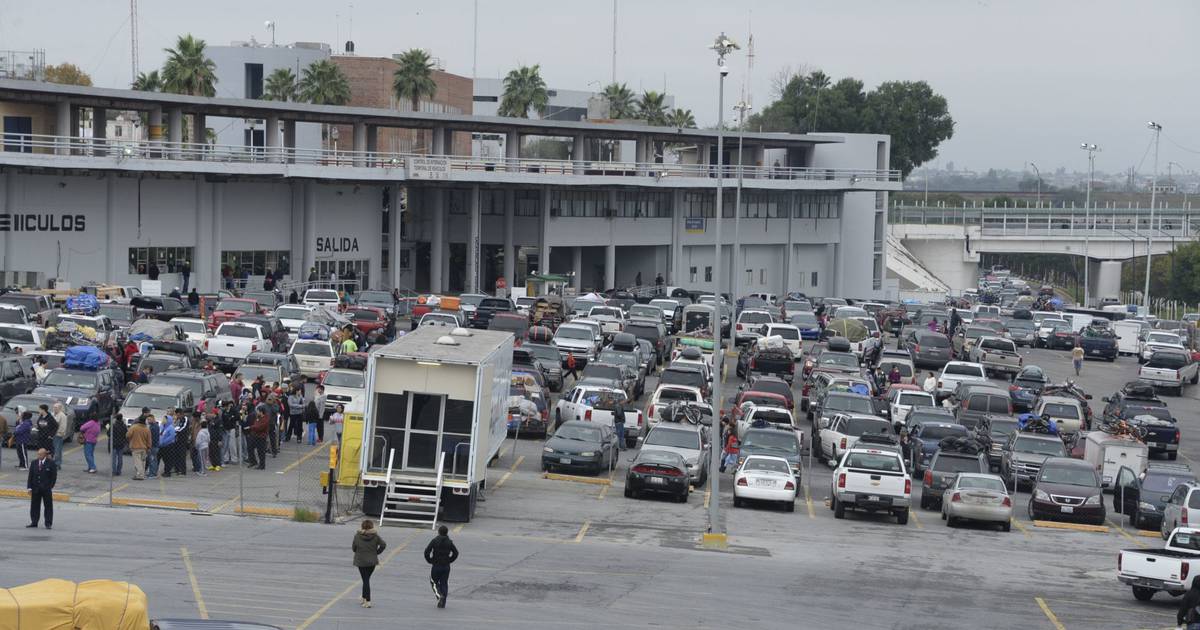 Laredo, Texas.- Like every year, Laredo, Texas was the meeting point for thousands of travelers from all over the eastern United States, the so-called “Pesanos”, who travel to different parts of Mexico, on the occasion of the December holidays, and for this they visit the country. Organize into caravans for the purpose of moving in a safe and organized manner during your journey into the interior.

According to information provided by Laredo’s tourism director Eileen Ramos, since Wednesday compatriots of the “united migrants in caravans” began arriving in the city, an initiative created 12 years ago and led by a group from Queretaro.

“We are very grateful that every year they are a priority (to cross through Laredo) and not only that, every year they continue to grow and this year we welcome them to Sams Auto Arena,” he said. .

The Sems Auto Arena was the place where they started arriving in a group this Thursday at around 04:00 am on their way from Wednesday to their destinations in different states of the Republic of Mexico.

Juan Fernando Rocha Maior, president of Migrantes Unidos en Caravana, explained that, after several years, this is the 15th caravan they have organized and that more and more families are joining them because of their success.

“Paisanos-, from different states of the republic, are joining, today we have representation from 25 states of the Mexican Republic where they join this caravan and it is also a great team, the institutions have helped us a lot, The national institutions emigration, the Heros Paisano program, the National Guard, the Querétaro State Police and the city of Laredo have also been very important in this caravan.

Rocha Meier remarked that, through this initiative, as well as year-round efforts by the city of Laredo, Texas, and its neighbor on the Mexican side, Nuevo Laredo, the countrymen go to their destination in Mexico and are greeted He is grateful to them and takes care of them, assuring them that they will reach without any hindrance on the way.

José Antonio Guaracha is one of the caravan members who drove 25 hours from Wisconsin to Laredo to join the caravan with a group of compatriots. Their final destination is Celaya, Guanajuato.

“I am very grateful to Caravan, I have already gone, last year I did very well, ancestors too. This caravan is the one that takes us safely there – Guanajuato-“, said the Mexican.

The caravan reached Nuevo Laredo, Tamaulipas at 05:00 am, where it was received by various officials from three levels of government to facilitate its safe transit through the city.

The Mexican consul in Laredo, Texas, Juan Carlos Mendoza Sánchez, reported that this year the migrant caravans reached 4,000 units, and an average of 4 people travel per vehicle.

It is expected that two other very large caravans will pass through this area of ​​Dos Laredos during the next few days, and that is why there will be a Countryman Rest Area available at mile 13 of the highway from Friday 16 December to Sunday 18 December. I -35.