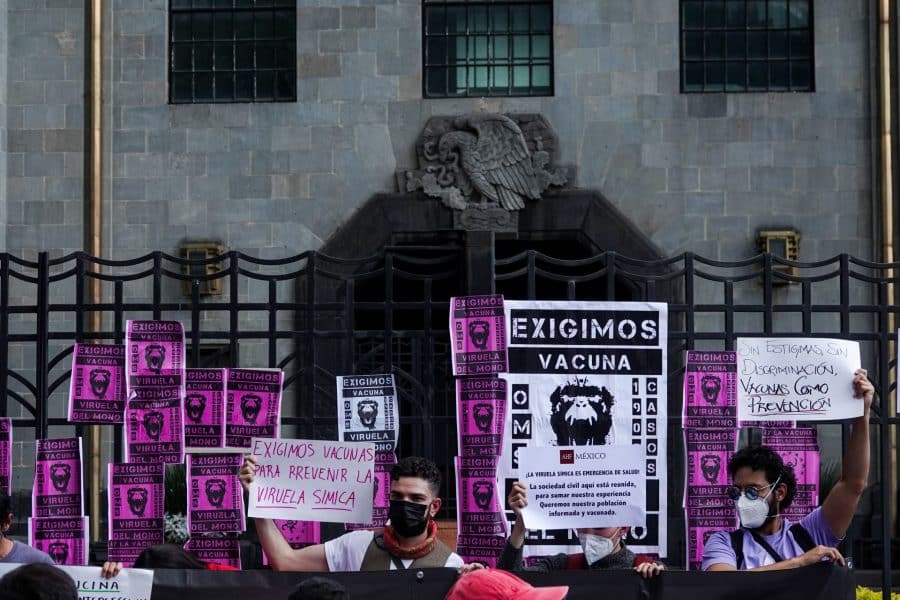 health secretary of the state sinaloa First confirmed death of a patient presenting with monkeypox.

In conference press, kutlahuac gonzalez galindoThe Secretary of Health in Sinaloa explained that the diagnosis of the deceased was cancer and lived with H.I.V.,

“It’s about a man Culiacan Who told the symptoms of the disease. We call on citizens to continue taking the necessary measures to prevent the spread of this disease,” he said.

According to the Federal Secretariat of Health, as of 5 December there were 3,455 confirmed cases of monkeypox in Mexico. reported in the last week 93 new infections,

Took: The stigma of contracting monkey pox: “It’s like removing discrimination from the time HIV started”

Although 32 states in the country report cases, the body with the highest number of infections is cdmx With one thousand 943 infections, from Jalisco 378 State of Mexico 342 Yucatan 137 Y quintana roo Thief 140.

Regarding the distribution by gender, males predominate at 97.1%, especially in the 30 to 34 year age group.

As of last week, health officials have identified 11 deaths: Ten men and one woman. These were people who presented with lesions consistent with monkeypox during medical care and which were confirmed after laboratory studies.

“Four deaths are related to monkeypox infection, two deaths are not due to this direct cause, and analyzing five To define whether there is a causal relationship between death and monkeypox virus infection”, details health secretary,

The most common symptoms are skin rash more or less widespread; fever; headache, muscle and joint pain; inflammation of the lymph nodes; general weakness or tiredness that makes it difficult or impossible to do things you normally do easily; chills and others.

Monkeypox lasts an average of 21 days and is spread by direct contact with a sick person’s secretions through mucous membranes or skin lesions, respiratory droplets, and objects contaminated with body fluids.