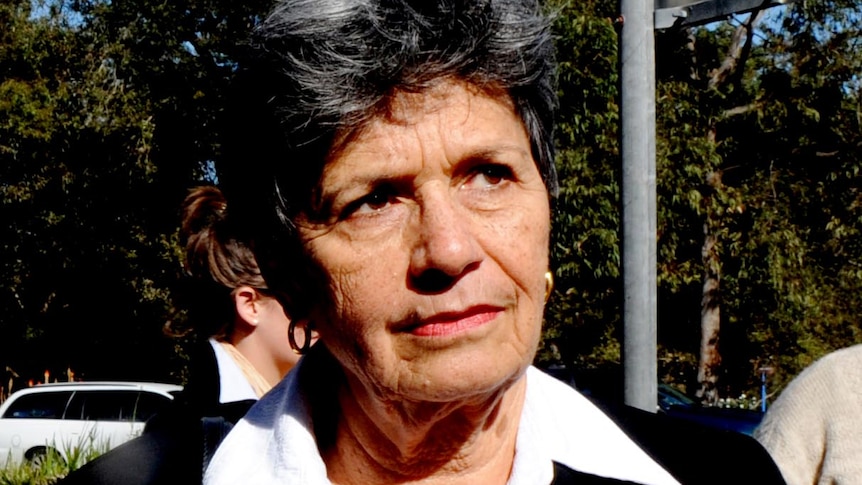 Her 81st birthday is rapidly approaching, but Kuku Yalanji woman Pat O’Shane says her campaign for the next federal election has already begun.

A glance at the results she achieved in this year’s national poll might partially explain the enthusiasm.

Despite running in Leichhardt — a regional Queensland electorate the Coalition retained — she even topped the primaries in one booth.

“It wasn’t a losing battle, I have to say,” Ms O’Shane said.

The primary vote of just over 4 per cent she is on track for might appear modest, but it was the Socialist Alliance’s best-ever result in a seat outside Victoria and its best anywhere at this year’s election.

It was the first time the party, a fixture on ballots in inner-city Melbourne and Sydney, had ever run in Leichhardt.

Ms O’Shane said wet weather hampered her ability to travel to remote communities on Cape York Peninsula and that she “started to campaign somewhat behind the eight-ball”.

“I know my politics, and although I had those setbacks, I don’t consider the fact that I might have failed in my attempts.”

A life of firsts

Ms O’Shane is used to forging her own path.

She is also believed to have been the first Aboriginal woman to become a certified teacher in Queensland.

Her parents were active in the Aboriginal and Torres Strait Islander Advancement League and, as a young teacher, she became involved in the union movement.

Politics, she says, is “an everyday affair”.

She wants to work on improving voter registration and increase awareness of civics in Indigenous communities.

“I know there are forces within the communities — they’re not Indigenous forces — who spread propaganda that [people] don’t need to participate in the political process,” Ms O’Shane said.

“We all have to participate in the political process.”

Ms O’Shane, who these days lives on a pension, is concerned about those having to work two or more jobs to get by and was outraged at the former government’s failure to claw back wage subsidy payments to big businesses after the JobKeeper scheme ended.

Her campaign also focused on a lack of housing and pathways for young people to become skilled workers.

“We’ve got a lot of work to do to rebuild society in this country,” she said.

She polled more votes than everyone other than the major parties at several places on Cape York Peninsula and in the Torres Strait. In Bamaga, she received one more vote than the LNP incumbent Warren Entsch.

A mobile polling team that visited the communities of Aurukun, Mapoon and Napranum collected more votes for Ms O’Shane than for any other candidate at all.

“We’re sober about the fact we’re not likely to win or to form government,” he said.

“But we do enter election campaigns with a very deliberate purpose of trying to engage people in debate and trying to shift debate to the left.

“In that sense, there are different ways of measuring success, and we also want to use our election campaigns to publicise, energize the grassroots movements campaigns we’re involved in around a whole range of social justice and environmental issues.”

Polling more than 4 per cent of the vote would mean Ms O’Shane’s campaign will qualify for the return of its $2,000 deposit.

“When you’re a small party, that’s quite a lot of money, and then additionally you also get electoral funding [and] that gives you a pot of money you can use for your election campaign next time,” Mr Wainwright said.

Socialist Alliance’s performance in Leichhardt did not correlate with a large swing to Labor in the Far North Queensland seat.

Election analyst Kevin Bonham said Ms O’Shane’s result was notable as the Socialist Alliance had generally been “one of Australia’s less competitive micro-parties for a very long time”.

She had the advantage of being first on the ballot, but Dr Bonham said the former barrister’s vote was more likely attributable to her personal profile and credibility as a candidate.

That profile was overlooked during the campaign by the organizers of one candidates’ forum, who invited just five of the 11 candidates contesting Leichhardt to take part.

Among them was the UAP candidate who Ms O’Shane is on course to narrowly pip on primaries.

“The media coverage of the UAP was just completely out of proportion with what it was polling,” Dr Bonham said.

At her age, the next election is a way off, but Ms O’Shane believes she has already changed plenty of minds.

“Wherever I went, people were saying they never had anyone like me who gave them a different perspective on how things could be or should be,” she said.

Ghost at home at center of disappearance case after floors removed