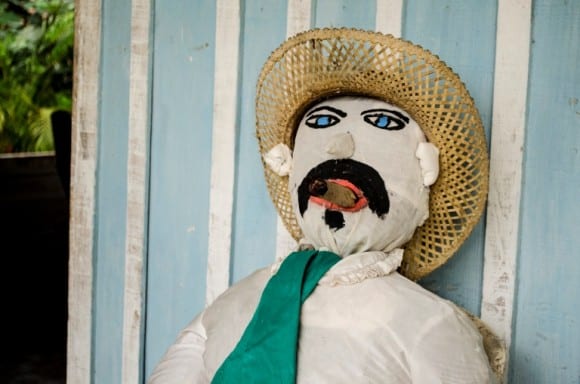 There are only a few hours left for New Year’s Eve, one of the most popular celebrations for Cubans, full of rites and customs.

New Year’s Eve in Cuba is usually celebrated with family, friends, and plenty of food (specific dishes that vary from region to region of the country).

In the warmth of home, with good Cuban music, connected with loved ones, Cubans also celebrate the arrival of a new year, the triumph of the Revolution, the definitive independence on January 1, 1959.

Due to superstition, custom, beliefs or some other special reason, most Cubans perform a set of rites on the eve of the coming year. Some are already established in other cultures and peoples of the world, others are deeply rooted in ours. Here are some examples.

Throwing a jug or bucket of water into the street at midnight is one of the most popular customs among Cubans every New Year’s Eve. People say everything deteriorates in water for Start the year with happiness and new possibilities,

Previously, tradition dictated that the entire house should be cleaned and that the water, which had collected all the evils of the old year, be thrown out.

Due to superstition, custom, beliefs or some other special reason, most Cubans perform a set of rites on the eve of the coming year. Some are already established in other cultures and peoples of the world, others are deeply rooted in ours. Here are some examples.

go out with a suitcase

Superstition this December will be no exception.

One of the funnest Cuban traditions for New Year’s Eve is related to travel. It is said that if a person has a journey in hand and it is not completed, they should be released on the midnight of 31st December with a well prepared suitcase containing dowry, perfume, jewelry and everything that goes on the journey. Must leave with to take a walk around the block.

So when the national anthem plays and the jugs of water are dispensed, you can see everyone interested in traveling walking the streets of Cuba with their suitcases.

For those who want to start the year better economic condition practice is putting money inside your shoe or stepping on a bill at midnight, This custom is considered a guarantee of economic well-being for the new year.

Perhaps the most famous tradition is the burning of the doll, which for Cubans represents the destruction of all the bad things experienced during the year and the journey towards a new period of life, which is expected to bring new and better things. Is.

wear a piece of red

wear red It is also a very Cuban custom while waiting for the new year, said to be of Afro-Cuban origin, although it has become popular to invoke good luck.

In other versions, women they should be taken red dress inside out in underwear to sure luck in love,