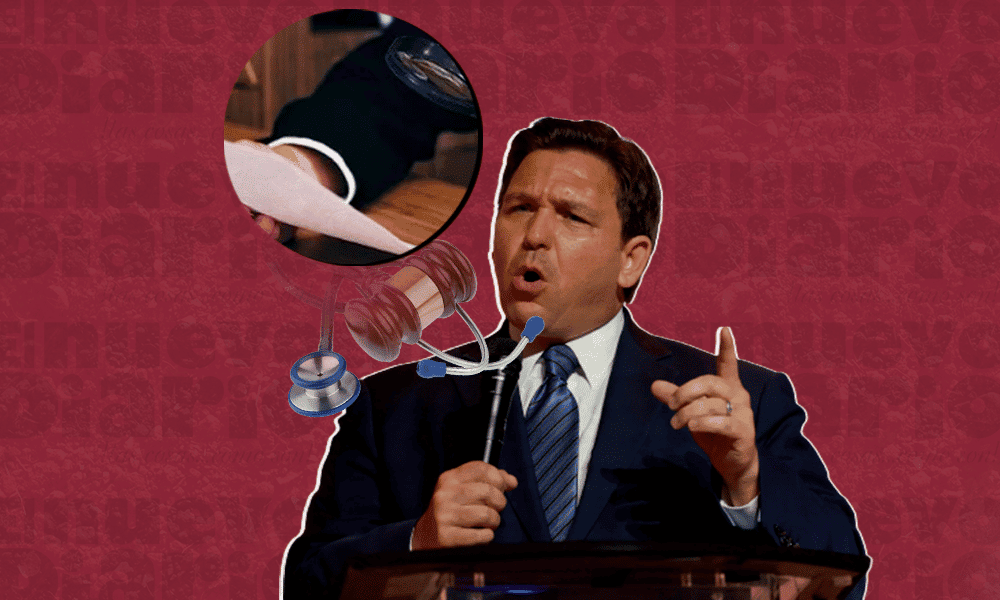 EL NUEVO DIARIO, MIAMI. – Florida Governor Ron DeSantis announced the appointment of Judge Jared Smith to fill one of three vacancies on an appeals court, a magistrate who lost re-election last August and drew criticism after a ruling in 2021 in which it was rejected. Teenage girl requesting abortion without parental permission.

Republican DeSantis selected Smith, a former Hillsborough circuit judge (on Florida’s west coast), and two other justices to the newly created Court of Appeals for the Sixth District, based in the city of Lakeland in the center of the state.

Smith denied a 17-year-old Hillsborough County girl’s request to agree to a pregnancy termination without her parents’ permission, arguing that the girl was “not mature enough to make that decision.”

Smith’s decision made her the target of criticism from reproductive rights advocates, and last August, the justice lost re-election to her opponent, Nancy Jacobs, a Tampa criminal and family law attorney, according to locals like WLRN.

The press release from the governor’s office said Smith, who is also an attorney, has served as a judge on the 13th Judicial Circuit Court since September 2019, following his appointment by DeSantis’ governor.