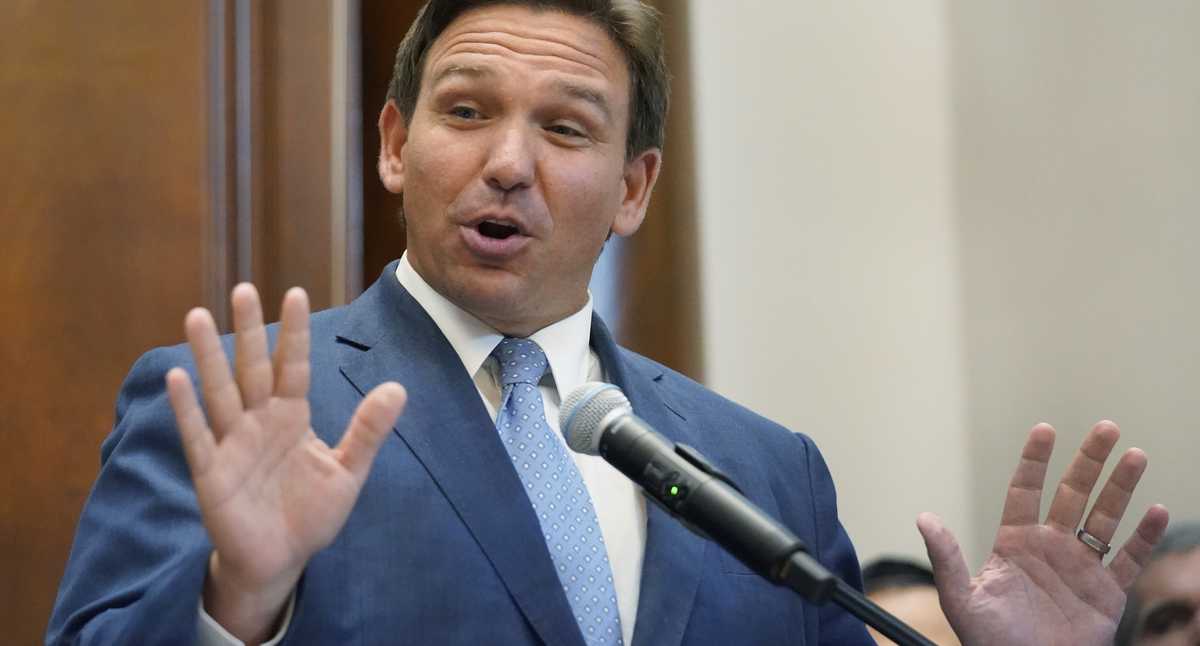 Florida Governor Ron DeSantis has a favorable image both in his state and the country, after a poll conducted by USA TODAY and Suffolk University was published.

The poll showed that DeSantis has 56% support among supporters, Republicans, while Trump has only 33% support. Which shows a 23 point advantage of Governor over Crorepati.

But it will not only overtake Trump. DeSantis would also win if the election were to be contested against President Joe Biden. According to the sample, 47% of voters would do so for a Republican governor, while Biden would remain with 43%.

It should be recalled that DeSantis prevailed in the previous election with close to 60% of the vote over Democrat Charlie Crist, who received 40% and was thus re-elected as Governor of the State of Florida. This suggests that this political figure is on the rise and may be the new face of the Republican Party to capture the White House.

Even those from the same Republican Party are blaming Trump for the defeat in the last legislative elections. The Republican minority leader of the United States Senate, Mitch McConnell, was the one who came out with these statements.

McConnell told the media that in several states where elections were held, his party was hampered by “weak candidates”. “We ended up having a candidate quality problem (…) You can see it in Arizona, in New Hampshire and in a challenging situation in Georgia,” he said, noting that Republican candidates in those states were handpicked by Trump. .

“Our ability to control the results of the primaries was quite limited because the support of former presidents turned out to be very decisive in these primaries, so in my opinion something better should have been done with the cards that were dealt.” ,

Trump recently criticized DeSantis, calling him a “mediocre governor”. “NewsCorp, which is Fox, The Wall Street Journal and which is no longer the great New York Post (…) is determined to Support ‘Ron DeSanturrone’, an average Republican governor with excellent PR”Trump wrote on his Truth Social social network.

Trump attributed DeSantis’ political success as governor to the climate in his state as well as the fact that the former president endorsed him in the 2018 elections. In fact, the former President assured that DeSantis contacted him “out of desperation”. while he was “politically dead” in 2017 to seek his endorsement. Similarly, he added “‘Ron Decenturrone’ playing the game” by not answering questions about whether he will run for president in 2024.

DeSantis is seen as Trump’s main rival for the Republican nomination in the 2024 election If both decide to apply. Upon learning of the possibility that the Florida governor would run for the Republican primary, the former US president mocked him again, assuring him that he would have 71% approval amid the insurgency, compared to 10% approval for DeSantis. Received.