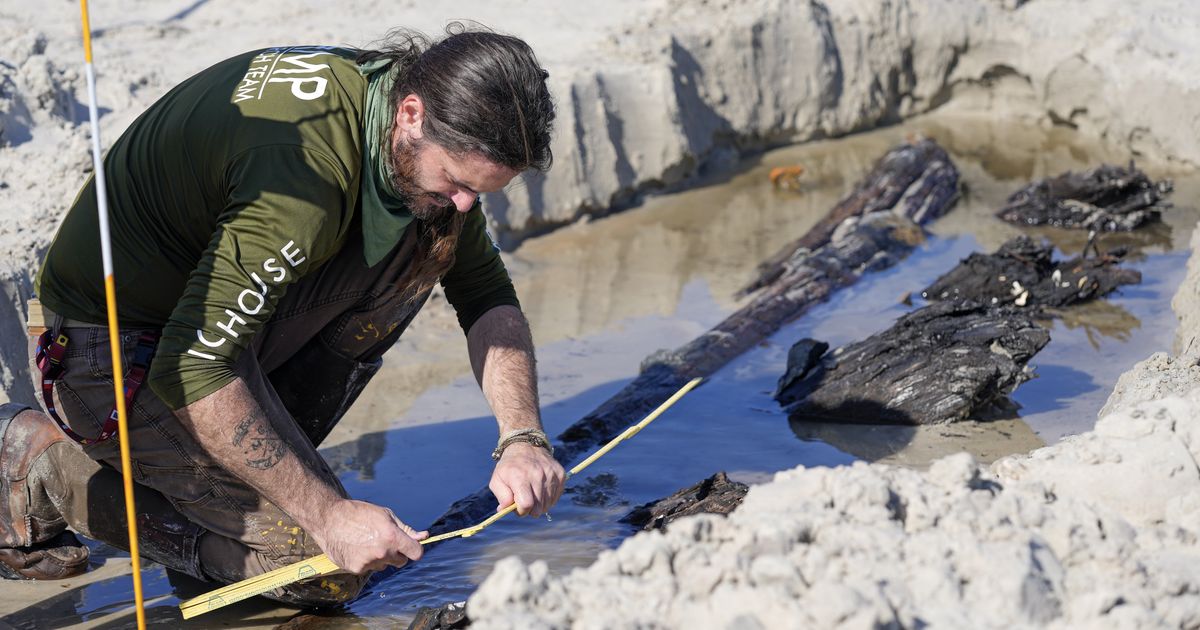 Miami.- Coastal erosion due to the effects of devastating storms Florida This year they discovered a 19th-century shipwreck off the coast of Daytona Beach.

An Associated Press ( Associated Press) agency notes that several beachgoers and lifeguards discovered a wooden structure about 100 feet from the lake jutting out of the sand at the beach over Thanksgiving weekend.

The area was badly affected by Hurricane Nicole in early November. The disaster came a few days after another hurricane, in this case Ian, hit the same area.

“Any time you see a shipwreck on a beach it’s amazing. There’s mystery; one day it’s gone and the next it’s there, it really captivates the imagination,” said marine archaeologist Chuck Meade, who An archaeological team from St. Augustine, Florida, led an investigation into the discovery on Tuesday.

Mead, director of the search unit for the St. Augustine Lighthouse and Museum in Florida, said because of the way it was built and other materials such as iron bolts, he is convinced the structure matches a shipwreck.

“It’s an unusual experience, but not unique,” Mead said of the discovery.

Archaeological crews spent Monday and Tuesday removing sand and digging a shallow trench around the structure’s timbers, taking measurements and sketching to solve the 200-year-old mystery.

“Progress was fast today, but it will take time,” said Ariel Cathers, one of the team, who was kneeling in the sand around the trench, exposing parts of the wooden structure. “You have to be very careful.”

There are no plans to remove the ship from the Daytona Beach shores, not only because the cost could run into the millions of dollars, but because it is protected where it is moored in wet sand, Mead said.

“We’ll let Mother Nature bury the remains,” he said. “It will help preserve it. As long as that helmet is in the dark and wet, it will last a long time, hundreds of years more.”

A similar discovery was made in 2018 at Ponte Vedra Beach in St. Augustine, Florida, when a young local woman found a massive 48-foot-long structure belonging to a shipwreck dating back to the colonial period, between 1700–1800. Times.