Floyd Mayweather Makes Allegation Against Christmas and Other Important Holidays 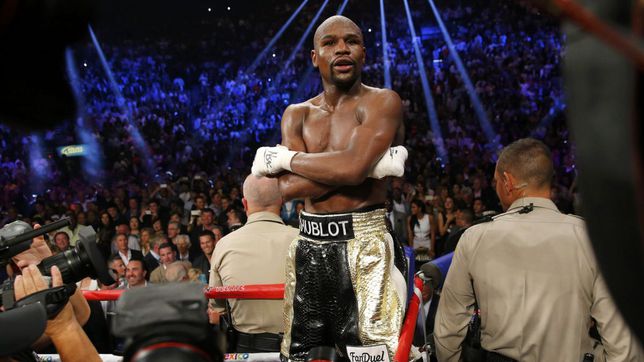 Christmas is considered one of the most important festivals all over the world. People celebrate and even give gifts to their family and friends, however, great boxer Floyd Mayweather Not many seem to agree with these kinds of celebrations.

Through my Instagram account, Mayweather reflected Christmas and some other partiesIn which he mentioned Valentine’s Day, Father’s Day and a person’s birthday, holidays in which people usually provide gifts for their loved ones.

You may also like: Jake Paul: “Messi must be the best athlete in history”

“I will not accept gifts on Christmas, my birthday, Valentine’s Day or Father’s Day. I give gifts consistently throughout the year because I think it’s every day worth celebrating, not just one business holiday. What is the idea behind a gift if it is only given on holidays? Do you only think of gifting me when society says you should? I understand that people may not give me what I give them, but it’s the little thoughtful things that count. It’s about reciprocity. Random gifts are priceless any day, not gifts that I get 4 times a year. I am better than that,” the former boxer said via social media.

Mayweather and his love affair with a return to the ring

Floyd Mayweather is one of the few athletes in the United States to have made at least one billion dollars in earnings in his career.Others are basketball player LeBron James, golfer Tiger Woods, wrestler Vince McMahon, and basketball legend Michael Jordan.

According to Celebrity Net Worth, The American boxer currently has a net worth of $450 million.This after he retired in 2017, following a fight against mixed martial arts fighter, Conor McGregor.

Despite having immense wealth, Mayweather seeks in-ring return after several exhibition bouts Before celebrities such as Jake Paul, Daisy among many others.