For Jets cornerbacks, scars of coach’s past are lessons of today 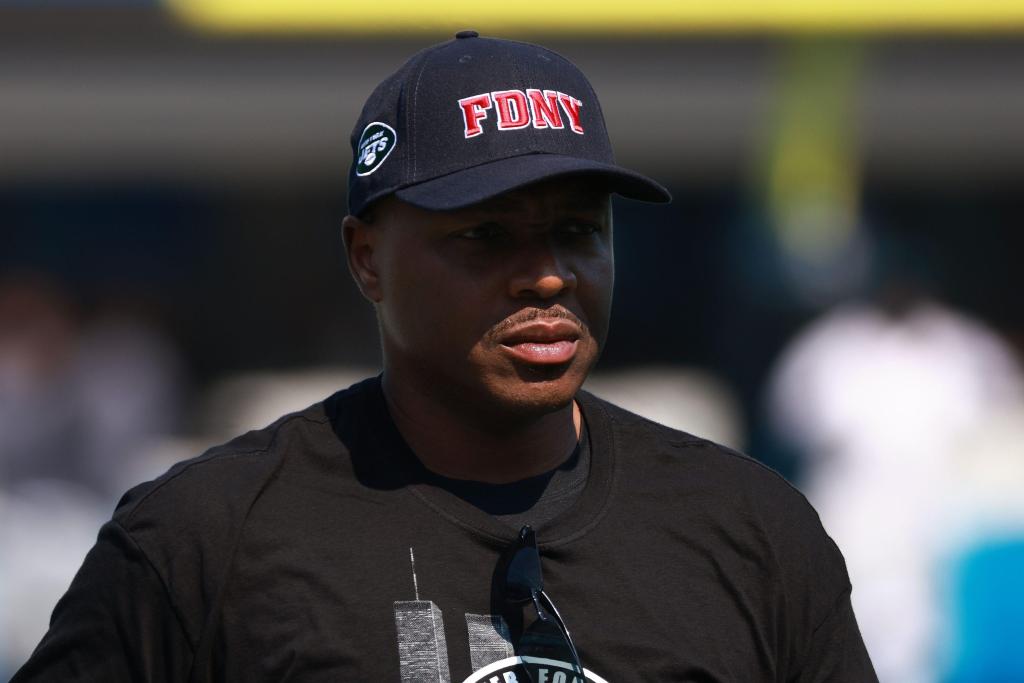 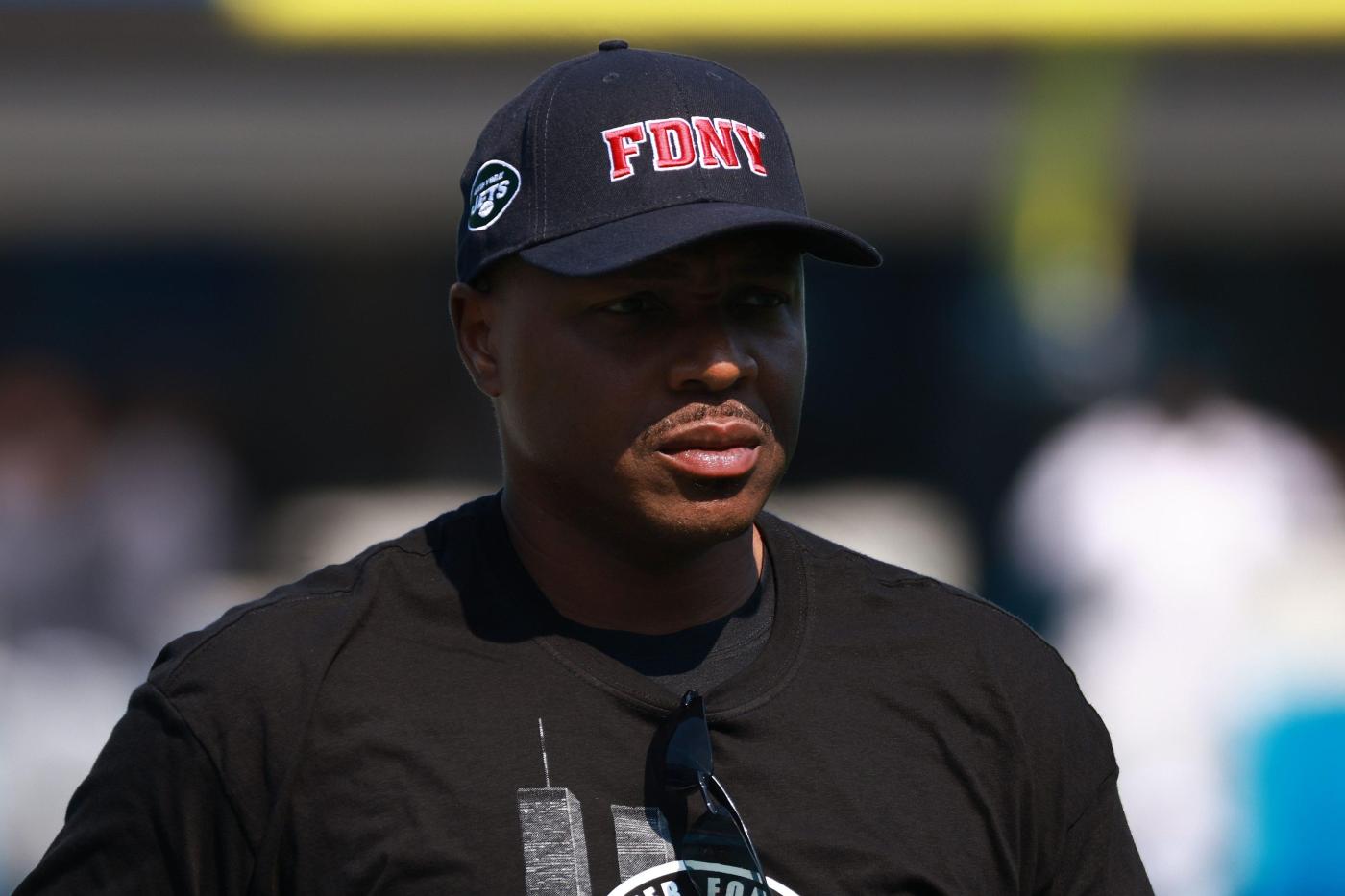 Certain moments of Tony Oden’s career will haunt him for the rest of his days – chances he wishes he had back, decisions he wishes he faced with the wisdom of age and experience. Oden calls these rough experiences “keloids,” a type of scar that grows larger even than the injury that caused it.

“It’s something that has happened in that game that I always remember,” Oden told the Daily News. “So because of that, I don’t want them to have the same keloids. So I try to share my scars, my tragic football events with them. So they don’t have to have it.”

Passing down that experience is a staple in Oden’s teaching methods that has come in handy as he’s led one of the youngest cornerback groups in the NFL.

Midway through the fourth quarter, as John Carrol drove down the field, Oden’s gut told him John Carrol’s quarterback was going to throw the ball in the flat on a specific play. He was correct, but he hesitated to break on the ball, and a moment that could have been a pick-six slipped away. The Yellow Jackets lost 9-0.

Today, Oden preaches to Jets defensive backs to trust their eyes and their instincts. The lesson, born of that scar from three decades ago, paid off in Week 15 against the Miami Dolphins.

Midway through the fourth quarter, the Jets trailing by 7, the Dolphins offense lined up in a three-receiver trips formation with tight end Hunter Long as the outside receiver, Albert Wilson in the slot and Mike Gesicki as the other slot.

As the Jets defense was getting set, Michael Carter II recognized the alignment of the Dolphins trio from film study and immediately knew Wilson was running a go route from the slot and Hunter was running a five-yard hitch, based on their alignment.

Carter II told Brandin Echols to expect a quick throw to Hunder’s hitch route from Tua Tagovailoa, who is known for getting the ball out quickly – Tagovailoa’s average time to throw was 2.53, third fastest in the NFL. Normally, a quick throw would be to the offense’s benefit, but when there is a cornerback who knows exactly what’s coming, it leaves very little time to make late-breaking adjustments.

Echols sat on Hunter’s route and quickly snatched Tagovailoa’s pass and strolled into the endzone to tie the game at 24.

Echols’ pick-six was one of Oden’s favorite plays of the year.

“That to me is why I coach, for moments like that,” Oden said. “That is that ‘aha’ moment, when they get it. That is coaching. Having a young man have success and to watch him grow.”

YOUTH IN THE ROOM

Coming into the season, the cornerbacks unit’s experience and talent were questioned by fans, media and some within the Jets building.

The cornerback room never discussed the pervasive doubt about their ability amongst themselves, but used it as motivation throughout the season.

“It was really just an understanding like, people say people saying this and that, cool. But let’s do what we got to do to make sure we change the narrative on us,” Carter II said. “We hear what’s going on. Cool. Let’s go to work.”

As a group, they were young and unproven, none drafted higher than the fifth round. But they were comfortable to have an experienced hand like Oden, who’s been coaching in the NFL since 2004, in their corner.

“It’s been great with TO” Javelin Guidry said. “He’s taught me a lot about this game stuff that I didn’t know, like the little details with different drills that compliment my game. We love TO”

In his last four coaching spots, Oden has worked with All-Pro talents Xavien Howard and Minkah Fitzpatrick in Miami, Darius Slay in Detroit, Darrelle Revis in Tampa, and Richard Sherman in San Francisco. At each stop, those stars at the top of the depth chart were mixed in with undrafted and low-round picks who would, under Oden, become legit NFL starters, such as Nik Needham, Emmanuel Moseley, Quandre Diggs and Bobby McCain.

It’s easy to see why that kind of track record would light a fire under the journeyman Jets secondary. The problem was the Jets didn’t have the veteran or high draft pick to build around. This would be a whole new difficulty setting for Oden.

So it came as a surprise to many, not least of all Oden himself, that the unit not only survived the season, but flashed moments of genuine promise.

A lot of work went into the Jets corners arriving at those eureka moments and it started early.

Absent a veteran stud or transcendent rookie, Oden did not have the luxury of allowing his young charges to pick up on good habits by observing all-pro teammates. He would have to show them what all-pro preparation and execution looked like himself.

Put another way, he would have to bear his scars and hope his players took their lessons to heart.

“During the whole summer metaphor at first, I didn’t really understand why he was being so hard on us. You know with us being professional athletes,” Echols said. “But now that I think about it now, I understand..I just really respect him for how hard he was on us.”

On the first day of rookie mini camp, Oden wasn’t pleased with the pursuit effort displayed by his infant corner room.

So when the group met with Oden in film to review practice, he made it known their effort in running to the ball wasn’t satisfactory. So he showed the group 2020 San Francisco 49ers film to show how it looks to be a pro.

One play Oden was highlighted during the second quarter of the 49ers road matchup against the Saints in Week 10. The Saints were on the 49ers two yard-line. They ran a toss crack play to Alvin Kamara and left tackle Terron Armstead, who’s 6-5, 300 pounds, was Kamara’s lead blocker.

49ers cornerback Jason Verrett, who’s 5-10 190 pounds, was 1-on-1 with a barreling Armstead. But Verrett slid under Armstead and avoided contact. Then lunged off the ground towards Kamara to make a tackle. The star running back hurdled Verrett for a touchdown.

To a casual viewer, the play was a failure. But the result is just the result. It was the effort that Oden sermonized.

“The result of the play with him wasn’t what I was trying to bring attention to. The result was this guy had every reason not to do it. But yet, his mindset was he had to do it because that was his standard..He bear-crawled, ah-ah-ah, to get up and boom!” Oden said, clapping for emphasis. “And hit him and the guy ended up falling in the end zone. It wasn’t his play to make but he fought his butt off.”

And Week 10 against the Bills encapsulated Oden’s teachings.

The Jets trailed 38-10 in the fourth quarter.

Bills running back Matt Breida received a carry and sprinted up the left hash, past Carter II.

But Ashytn Davis lounged at Breida and Davis’ arm jarred the football out and it flung towards CJ Mosley, who stuck his hand out which caused the ball to pop up in the air.

Bills center Mitch Moose located the loose ball and was primed to snatch it.

But Carter II jumped up and slapped the ball out of Moose’s possession and landed in front of Sharrod Neasman’s feet before ricocheting off of Neasman’s cleats. It dribbled a few yards and

Carter II continued chasing and fell on the ball and secured the recovery.

While it wasn’t always pretty during the season, the cornerback group developed into a solid group.

Hall became the Jets No. 1 corner as he finished with 16 pass deflections, fifth most in the NFL.

Echols registered a solid rookie season as he snagged two interceptions, second most among rookies, and QBs had a passer rating of 80 when targeting Echols.

Michael Carter II only allowed one touchdown on 59 targets, four PBUs, a sack and two fumble recoveries. Javelin Guidry made game winning plays in a couple of the Jets wins, like his pass breakup against the Jaguars in Week 16.

“These guys put in a ton of work, I’m on them hard and they’re probably tired of my voice. But to their credit, they take it all and they listen and they work. The work ethic matches the desire. I’m proud of this group. We’ve got a long way to go, don’t get it twisted now,” Oden said while laughing. “No crowns by any means. Got a long way to go, but I’m encouraged.”

Some Ferrari employees refused to go to Silverstone podium – report