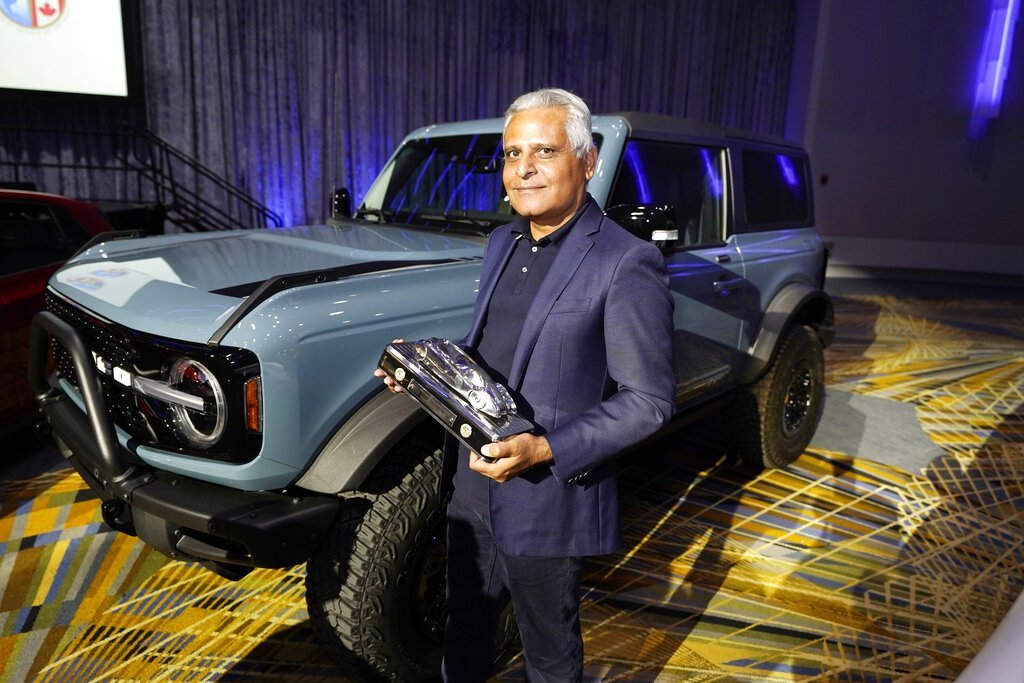 Fifty automotive journalists from the US and Canada are judges for three awards, which are announced every January. They are selected from dozens of candidates and must be new or substantially modified for the current model year. Automakers often use awards in their advertisements.

In addition to the Bronco, the Utility of the Year finalists included the GV70 from the luxury brand Hyundai Genesis and the Hyundai Ioniq 5 electric SUV.

The truck finalists included the Maverick, as well as its main competitor in the small pickup truck, the Hyundai Santa Cruz. Also included was a Rivian R1T pickup from the launch of electric vehicles.

In addition to the Civic, finalists included the Lucid Air electric sedan and the Volkswagen Golf GTI and R sports cars.

All-electric cars were finalists in all three categories this year, but the judges chose the petrol or gas-electric hybrid vehicles.

Sam Abuelsamid, chief analyst at Guidehouse Insights E-Mobility, who is not on the jury, said the group probably liked the more affordable pricing for the Civic and Maverick.

Lucid’s Air Dream starts at $ 169,000, but cheaper versions are coming. The Rivian R1T has a starting price of $ 67,500. None of the prices include federal or state tax breaks for electric vehicles.

There were about 20 electric vehicles on sale in the US by the end of last year, Abuelsamid said, and manufacturers will start selling about 20 more this year, he said, many of them are coming to popular market segments such as full-size pickups and compact crossovers.

The awards are becoming more important as new automakers enter the market, he said. “There is a real opportunity to raise consumer awareness of these brands,” Abuelsamid said.

Also in an announcement in Detroit on Tuesday hosted by the Auto Press Association, organizers of the large Detroit auto show announced that it will return to the city in September for the first time since 2019.

North American International Auto Show executive director Rod Alberts said the show will take place both indoors and outdoors at the Huntington Place convention center in and around downtown Detroit. It will take place from 14 to 25 September.