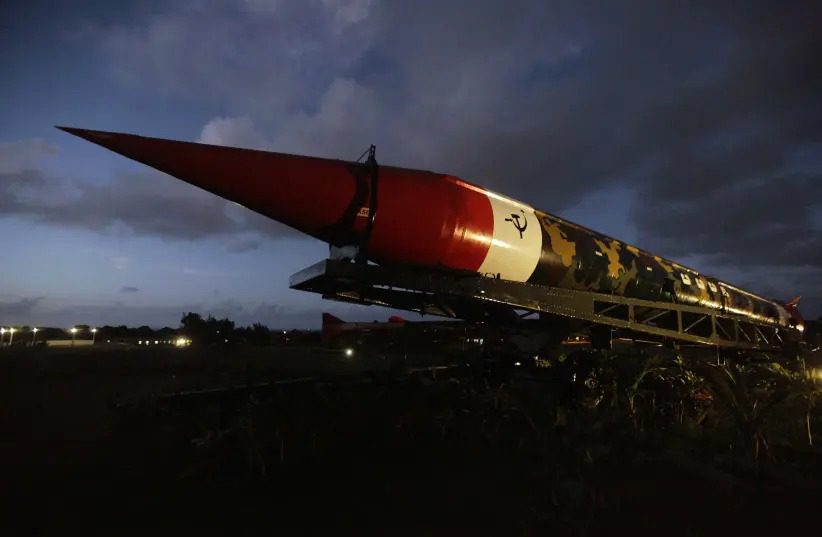 “Russian missiles do not hit their targets without clear coordinates,” says the Main Intelligence Directorate of the Ukrainian Defense Ministry. ,[Estas coordenadas] are determined by the navigation system.

GLONASS (Global Navigation Satellite System) is the Russian equivalent of GPS. Russia is believed to be using this system to guide its missiles towards civilian infrastructure.

On its official website, the Intelligence Directorate of the Ukrainian Ministry of Defense published a list of 13 companies producing these microchips.

At this time, these companies have not commented publicly on the Ukrainian claims.

Missiles have been one of the main weapons Russia has used against Ukraine’s forces since the conflict began in February. As Russian forces retreat from positions and cities they previously held, it remains one of their most viable options to continue killing Ukrainians.

According to the Ukrainian Defense Ministry, Russia has fired hundreds of missiles this month alone, with some missiles “hitting three high-rise buildings, killing 10 people.”

In addition, the Ukrainian military said missiles pelted the free city of Kherson last Thursday, killing four people and injuring at least 10 others.

The Russians have also used missiles to attack energy infrastructure, causing massive blackouts across the country. Critical services such as hospitals have had to rely on generators to continue caring for wounded soldiers and civilians.

This is the revenge of those who lost. They don’t know how to fight. The only thing they can still do is intimidate. Or energy terror, or artillery terror, or missile terror. Russia under its present rulers is inclined to do just that.”

The Main Intelligence Directorate of the Ukrainian Defense Ministry says the only way to prevent Russia, at least for the time being, from obtaining GLONASS-compatible microchips is to completely stop their production by foreign companies.

He claims that “controls on exports and controls by manufacturers will not work, as Russia is constantly inventing new ways to circumvent sanctions and buy technologies.”

The Ukrainian Defense Directorate calls on the companies that allegedly produce the chip to “realize the direct impact of their products on Russia’s defense capabilities, stop production of GLONASS-compliant chips, and remove support work for this system”. Give.” Browse on all your devices.